Blitzkrieg! Pro Wrestling is back with Energy, and they have a card with several Match Of The Year candidates on it. The main event was the first match announced and, for a while, it was the only match announced: Alec Price vs “Speedball” Mike Bailey. Shows shouldn’t be built around a single match, but if you’re going to see Price vs Bailey, that just might be the exception! 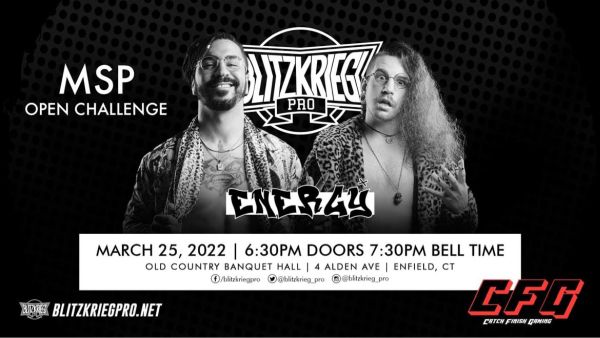 Perhaps the most intriguing part of this Open Challenge is that the majority of the other tag teams in Blitzkrieg! Pro are busy in other matches. Unless a duo like A Message To You or Miracle Generation pulls double duty, this is going to have to likely be a tag team from the outside. Kings of the District could be possible if they are not busy. Hardcore Geeks are not likely as Riley Shepard is at Disney. The Mane Event is also in Canada. There are many tag teams out there, but who is not busy is the real question. The Colony, VBU, Even Stevens, Waves and Curls, and Rock N Roll Express all feel like possibilities, but it is that unknown factor that will make this match so much fun. Learn who steps up as Blitzkrieg! Pro presents Energy. 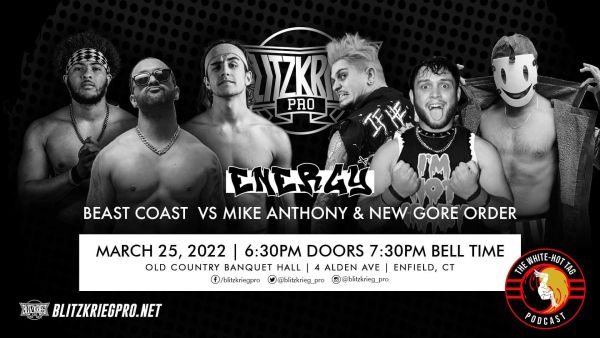 After Sammy Diaz’s match at PMA, Miracle Generation came out to congratulate him and thus formed the trio Beast Coast. Mike Anthony swears he is not crazy, but along with Mike Graca and Devin Blaze, they might just have created the most unpredictable and dangerous trio in wrestling. This is going to be explosive as you can never be sure what the New Gore Order might pull out, but Beast Coast is comprised of three of the most technical high-flyers who can hit you at any time and from any angle. This is going to be fast paced and full of action. 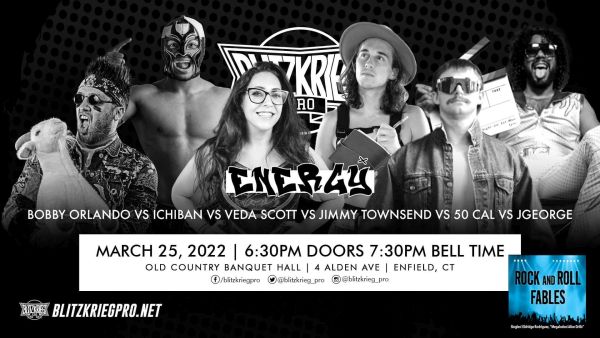 What would a Blitzkrieg! Pro show be without a scramble match at Energy? 50 Cal makes his return and is joined by sometimes wrestling in MA, J George. Jimmy Townsend is perhaps the newest competitor in this match, being from Australia and training at the New England Pro Wrestling Academy. Veda Scott has all of the tools to win this match, as does Ichiban, who could simply come out of nowhere. Bobby Orlando is a former Bedlam Champion and a win here might put him back into the title scene. This one will be pure chaos that must be seen to be believed. 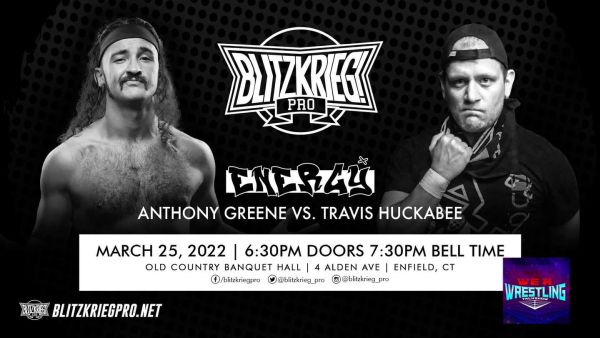 Two of the all around best wrestlers meet in a match that might just steal the entire show. Travis Huckabee had one of his best years last year and came up just short in his title shot against VSK. This is going to be a match about Anthony Greene wanting that win to prove that he is better and put him in line for a title shot. However, Huckabee needs that win so he doesn’t fall into a losing streak. These are two of the best at what they do and when they get together inside of that ring, something special will surely be created. 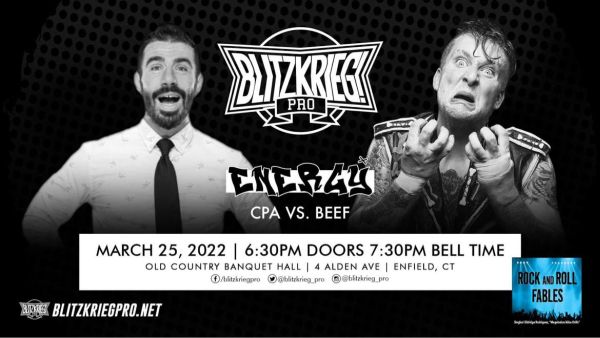 They say that there are only two certainties in life: death and taxes. This match might feature one of those two things. CPA has been, to his credit, in many situations where it felt like he might not be able to overcome the odds stacked against him and yet he has. It is not a good idea to count CPA out in this one, although if anyone out there is someone to always put your money on, that name is simply BEEF. This is going to be an out of control massacre and several referees should be on hand to try and contain it. 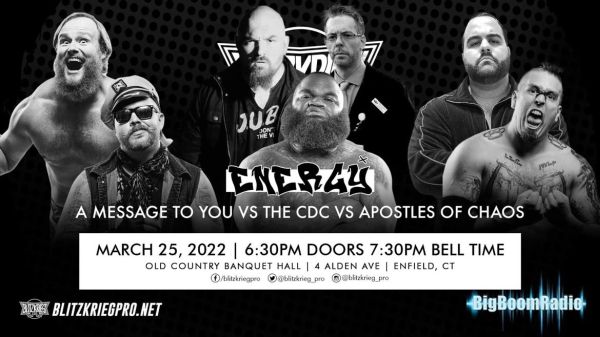 A Message To You vs Apostles Of Chaos vs The CDC

Both A Message To You and The CDC were involved in the B!P Tag Team Championship match last month, which MSP won. A Message To You and Miracle Generation could both claim that they deserve another shot at the titles, but The CDC may have screwed themselves out of them. Apostles Of Chaos didn’t even make it into the title match last month somehow, so you know Logan Black and Chris Benne have to be stewing about that. This is going to be a match that takes hit after hit. Whoever comes out victorious should certainly be in line for a tag team title shot, perhaps even later on during this show. 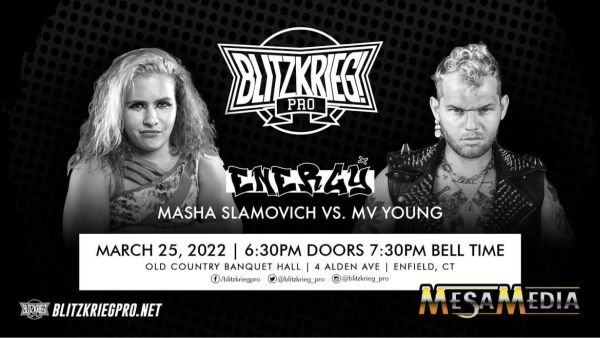 Blitzkrieg! Pro has always had that way of bringing in wrestlers from different circles to fight each other, making matches that might not have been thought possible but when they are announced you know it just has to be all eyes on it. Masha Slamovich has just been having one of the best careers of anyone out there, dominating in IMPACT Wrestling and having some of her best matches ever outside of that particular promotion. Then you have MV Young, who is also the best at what he does, a holder of gold and someone who will go out there and do all that they have to do in order to win. This is a clear Match Of The Year contender and they are going to break the Internet. Again.

Alec Price is widely considered to be the best professional wrestler in the world today. His combination of speed and force has brought him gold in more than one wrestling promotion. Then consider the journey of “Speedball” Mike Bailey. He is not too much unlike Price in the way that his feet can be weapons as well as his speed. This match looks to be so great because each wrestler is equally great. This is a match where both competitors really have something to prove and they’re both just going to leave it all out there in the ring. This should prove to be a timeless classic when all the smoke clears.

Blitzkrieg! Pro’s Energy goes down live on Friday, March 25, 2022 in Enfield, CT. If you are unable to be in CT, Energy will also air live on IWTV! For tickets and more information please visit: https://blitzkriegpro.net/