With roughly two weeks until WrestleMania 38, World Wrestling Entertainment has been gearing up for its biggest event of the year. Spread across two nights, it’s safe to say that the company is doing everything to ensure their planned action will be contained. This planning will look to continue on this week’s WWE Monday Night Raw, which will feature everything from in-ring action, including RK-Bro versus Alpha Academy, to certain names addressing their WrestleMania opponents. It all takes place live tonight, on the USA Network, at 8 PM EST. Without any further delay, let’s take a look at what the “red brand” has in store for this week. 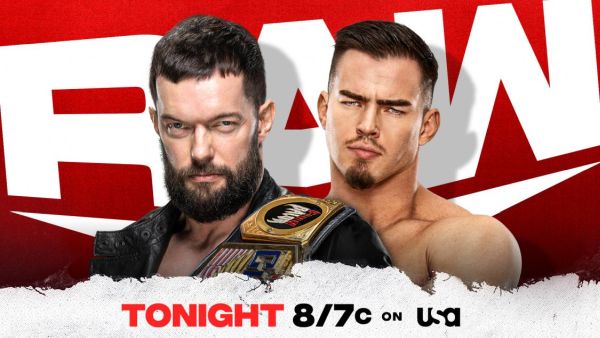 The Prince Looks for Retribution

In one of the featured matches on this week’s Monday Night Raw, Austin Theory takes on United States Champion Finn Bálor in nontitle action. On last week’s episode, Bálor took on the very man that he defeated for the title, Damian Priest. Despite his best efforts, Bálor was unable to pick up the victory, as Theory cost him the match. Following this, Theory struck, hitting the United States Champion with an ATL and snapping a selfie over the body of “The Prince.” On this week’s episode, Bálor seeks payback as he takes on Theory in singles action. Though Theory may be confident heading into this match, it’s important to consider his ongoing feud with WrestleMania 38 opponent Pat McAfee; following their various physical altercations, will one of the voices of Friday Night SmackDown make his presence known on this show? Only time will tell.

At WrestleMania 38, RK-Bro has a tall task ahead of them. On Night 2 of the festivities, Randy Orton and Riddle will defend the Raw Tag Team Championship against Chad Gable and Otis of Alpha Academy and The Street Profits, Angelo Dawkins and Montez Ford. On last week’s show, The Street Profits interrupted RK-Bro’s in-ring celebration. Though Dawkins and Ford typically aren’t ones to turn down a party, they were all business on that night, making their intention to win the Raw tag team titles clear. Soon after, Riddle and Ford faced each other in singles action. The match would ultimately be thrown out as Alpha Academy stormed the ring, attacking the other teams. On this week’s edition of WWE Raw, RK-Bro look to even the score against Alpha Academy. See how this tag team unfolds as WrestleMania draws nearer.

Who will be Raw Tag Team Champions after WrestleMania? - Powered By PickUp