After a few months of hiatus (and in these winter months, who can really blame them?) Northeast Championship Wrestling returns with Sweet Victory! The end of the 2021 season in NCW definitely left more questions than answers so hopefully, some of those questions will be answered here. Six big matches have been announced so far for NCW Sweet Victory and there is so much to discuss; let’s get right into it! 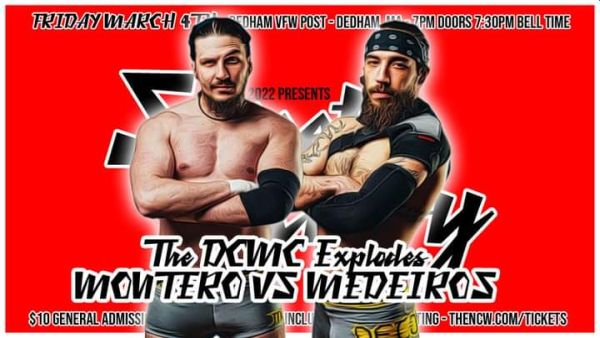 At the most recent NCW event, WrestleFest XVI, Mike Montero may have lost the NCW New England Title to “Riot” Kellan Thomas, but managed to capture the award for NCW 2021 Match Of The Year (For the record, that match also had my vote). Now, Montero seems to have some unfinished business with Ricky Medeiros. This is quite possibly not going to be one of those matches that ends a feud; rather, it may be one that plants the seeds to see it carry out throughout the course of this year.

The challenge was issued by #NCW Tag Team Champs @VernVicallo & @ChanThomasPro for this Friday night in #DedhamMA, and the challenge has officially been answered. Former NCW Tag Team Champions @MSPistheVIBE bring the vibe back to Dedham @ #SweetVictory! https://t.co/EsOveOzpcv pic.twitter.com/G3sS4OZwm4

To say that Channing Thomas and Vern Vicallo have been reluctant tag team partners would be an understatement. To close out 2021, they had a match against each other, but that seemed to earn them each other’s respect at least enough to put aside their differences and focus on being NCW Tag Team Champions in 2022. Now, they’re going to get their toughest challenge as champions as they take on the team of MSP. Just this past Saturday, MSP captured the Blitzkrieg! Pro Wrestling tag team titles in a chaotic four-way match, so they are no strangers to holding gold. This is going to be a match to keep your eyes on at NCW Sweet Victory. 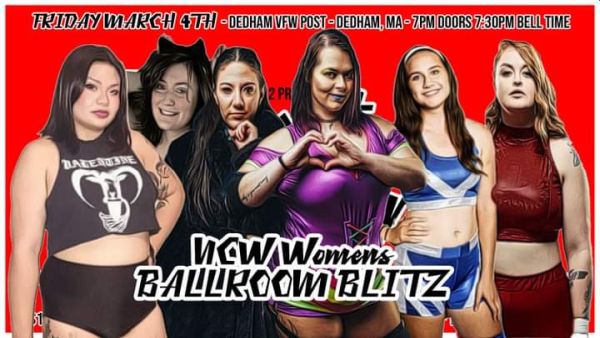 At WrestleFest XVI, Isana defeated Jessie Nolan in a hardcore Good Housekeeping Match. One would assume that victory would put Isana in line for a shot at the NCW Women’s Championship, but instead, she is somehow in a match with five other women competing for that shot. Delilah Hayden might use this match to have a breakout year in 2022, while Paris Van Dale has also been slowly creeping up the rankings. Shannon LeVangie is a relative newcomer but has been turning heads in Chaotic Wrestling, Lucky Pro Wrestling, and WWR+, proving she can hang with the best of them.

Of course, Nolan may desire some revenge after her match with Isana, so those two wrestlers will definitely be the ones to keep your eyes on in this match. There is also Elle Valentine, perhaps the least known name in this match; what better way to make a statement and have your presence felt than defeating the rest of the competition and shooting straight up the ladder to a title shot? This is going to be a wild match full of mayhem, and though it is really anyone’s to win, Isana should be the favorite going into it because she should have a chip on her shoulder after WrestleFest XVI. 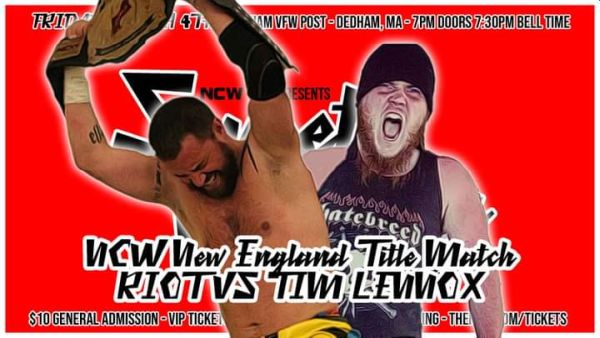 Some of the highlights of Tim Lennox in 2021 include surviving a hardcore style brawl with The Lumberjake and a Bodybag Match with CPA. This just proves the toughness of Lennox, and though he may not always win, he still has that quality that could make him a champion. “Riot” Kellan Thomas just won the NCW New England Championship from Mike Montero back at WrestleFest XVI in what fans awarded as the NCW 2021 Match Of The Year. In his first title defense, Thomas will be looking all that he can to hang onto that gold. This is going to be a fight and both wrestlers are going to do what they do best. 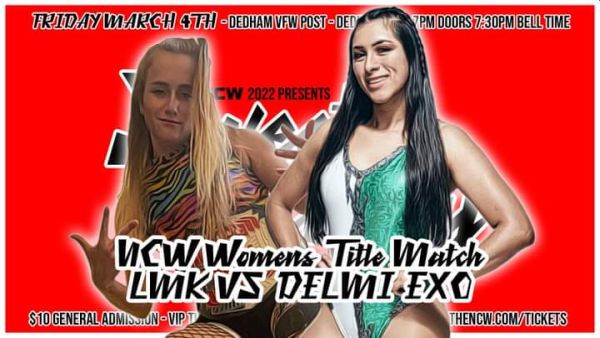 There was a time when Delmi Exo was seemingly all smiles, but those days seem to be behind her now. 2022 has brought about a new side of Exo and one of her first matches back (perhaps her only match back?) was at WWR+ against, ironically enough, Little Mean Kathleen. While LMK just won the NCW Women’s Championship from B3CCA at WrestleFest XVI, Exo holds a victory over her less than a month ago. This will be a tough test for LMK and the new era of Delmi Exo might very well begin taking gold on this very night. 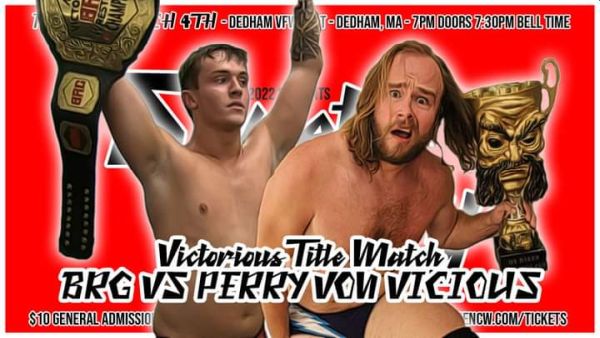 At WrestleFest XVI, not only did Brett Ryan Gosselin cheat to take the NCW Heavyweight Championship from The Lumberjake, but BRG also threw that title into a trash can and declared it the Victorious Championship, which leads to this match. Perry Von Vicious won the Ox Baker Memorial Cup Battle Royal and is cashing in the earned title shot against BRG; who better to seemingly squash this little bug known as BRG than PVV? While BRG might have something up his sleeve (that means cheating), Vicious has had enough time to do his homework and will likely also come prepared for any type of trickery that BRG might try. Kicking off 2022 with Perry Von Vicious as NCW Heavyweight Champion would not only be a great way to laugh at BRG but Vicious is more than deserving in his own right. This match is going to look a lot like what would happen if a monster truck hit a unicycle.

All this and more as The Lumberjake has been announced to appear as well! NCW Sweet Victory goes down on Friday, March 4, 2022, live from Dedham, MA. Tickets are just $10 and more information can be found at: https://thencw.com/tickets/

Stay tuned to the Last Word on Pro Wrestling for more on this and other stories from around the world of wrestling, as they develop. You can always count on LWOPW to be on top of the major news in the wrestling world, as well as to provide you with analysis, previews, videos, interviews, and editorials on the wrestling world. Learn more about Northeast Championship Wrestling on Facebook and Twitter.