Konosuke Takeshita is one of the people primed to be the new face of DDT Pro-Wrestling. He’s won pretty much everything there is in DDT, but still, his style fits in perfectly with the promotion. He is a strength-based wrestler who can slide easily into comedy and technique, before going back to his comfort zone with no issue. With this in mind, let’s take a look back at Konosuke Takeshita’s 2021. 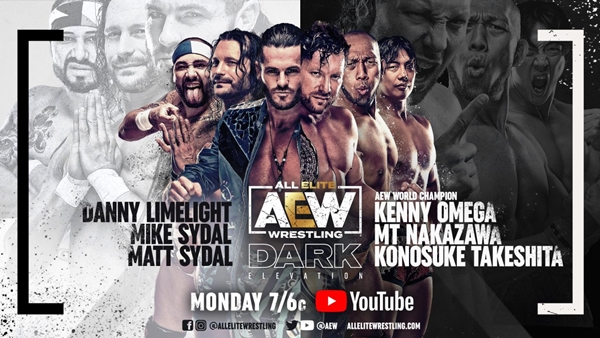 Konosuke Takeshita was always seen as in the shadow of HARASHIMA. This year, however, he managed to step out and forge his own path. The beginning of the year was rocky, though, and he needed to take a break from the company; this was when he found himself in All Elite Wrestling. There, he would tag with former DDT star Kenny Omega on various occasions before returning to Japan. Takeshita claimed he was centered and focused, promising to return to America as a champion.

Right as he was coming back, DDT was bringing back its Ultimate Tag League tournament. Takeshita and Shunma Katsumata were entered as the representatives of their stable, The 37Kamina. They would go on to not only win the league but earn a KO-D Tag Team Championship shot granted to the winners; this team would be Smile Pissari, the duo of HARASHIMA and Yuji Okabayashi. This was only a sign of things to come.

King of DDT, a yearly tradition, was next. Takeshita won this tournament to earn a KO-D Openweight Championship shot at Wrestling Peter Pan 2021. His opponent was Jun Akiyama. This would be a true test for Takeshita, as he lost his title last to a wrestling legend, starting his downward spiral. Akiyama, in the meanwhile, had been intent on taking on major DDT stalwarts, even beating then-tag team titleholder HARASHIMA. Takeshita was victorious at the Kawasaki Stadium, and would soon face another old nemesis in Chris Brookes.

Chris Brookes had taken Takeshita’s shot at being the inaugural DDT Universal Champion. Whenever they faced each other, Brookes and Takeshita put on intense performances. It was always just a little close on each side and maybe on a different day, Brookes would’ve won. However, Takeshita won out in the end. The KO-Openweight title wasn’t the story for that match in the end; the final shot of the show was the two embracing after a thank you from Takeshita.

Looming over everyone’s head were the names chosen for the D-Oh Grand Prix. Takeshita was the first name granted entry as he was champion, but it was the stiffest of competition trying to earn a shot at Takeshita’s belt. Takeshita would make it to the finals to face off against stablemate and fast-rising star Yuki Ueno. Takeshita would win his third tournament this year, earning the honor of choosing his challenger.

That’s where we stand today as we look back at Konosuke Takeshita’s 2021. At Never Mind 2021, on December 26, he will be challenged by Yuji Okabayashi. This was the same man Takeshita went 30 minutes against in the Grand Prix, resulting in a draw. A full hour should be enough time to settle the score and determine a true winner, especially with the KO-D Openweight Championship on the line.