Ever since debuting with the WWE‘s NXT brand in 2013, Sami Zayn has been an ever-present part of the company. Renowned for his work as El Generico on the independent circuit prior to his signing with the biggest professional wrestling company in the world, it came as a surprise to many – and sparked some outrage – when the former El Generico was unmasked and christened as “Sami Zayn”. The surprise and outrage was quickly quashed, however, when Zayn became the heart and soul of Triple H‘s NXT brand; even capturing the NXT Championship from Adrian Neville (PAC) at NXT TakeOver: R Evolution in December of 2014 – a show which remains (along with many of the original NXT TakeOver events) one of the finest wrestling shows of the 21st century. Sami’s booking as the ultimate underdog babyface with raucous crowd affection was the closest thing to the then-Daniel Bryan‘s “Yes! Movement”. He was rightfully viewed by many as Bryan’s rightful successor. Instead, Sami Zayn would become one of the most wasted opportunities in recent memory.

Since officially coming up to the main roster in the early part of 2016, things haven’t been quite as rosy for Sami. During his near-six year stint, he has only captured one title (2x Intercontinental Champion) and has largely avoided any involvement in the world title picture – a crime for someone as gifted in the ring and, quite clearly, a talented character performer equally capable of being an easy-to-root-for babyface and an excessively annoying heel. WWE preferred look aside, Sami is – in many ways – a very well-rounded professional wrestler deserving of better.

On last night’s episode of Friday Night SmackDown, Sami was humiliated once more; having earned a title shot for Roman Reigns‘ WWE Universal Championship last week only to be manipulated and mauled by Brock Lesnar before being squashed by Reigns. It becomes clearer with each passing day, week, month and year that Sami is viewed as “mid card for life” by the WWE; yet another supremely talented performer not deemed world championship worthy, just like Cesaro who – despite possessing everything needed to be world championship caliber – has not won a single world title in a ten year run with the WWE. Should Sami remain with Vince McMahon‘s promotion for the foreseeable future, he, too, will likely hold that same distinction.

Sami Zayn’s Heel Run Has Been a Waste 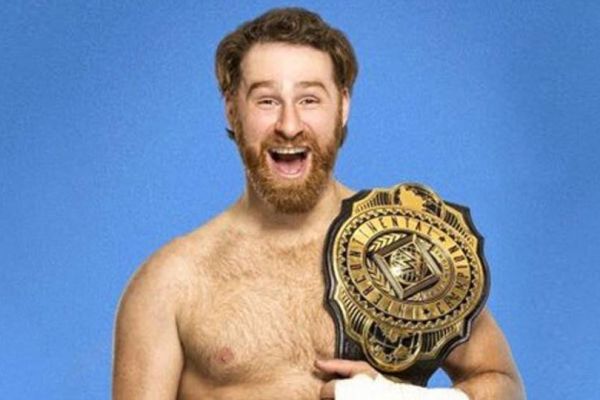 Sami Zayn first turned heel way back in the fall of 2017 – four years ago. Then, he joined up with long-term rival and former best friend, Kevin Owens, to feud with Shane McMahon and Daniel Bryan. It was a shocking turn for a performer who was deemed by many as the quintessential, babyface “lifer” – someone too universally beloved to root against. Therefore, many believed it was a turn which would not last for too long; Owens would inevitably turn on his partner and babyface Zayn would return in around a year. Instead, here we are ; four whole years later with Sami Zayn no longer beloved by all; his momentum in the toilet and his in-ring work – once rightfully credited among the very best in the world – is so often overlooked. None of this is the fault of Sami, however; he has done a tremendous job in bringing his borderline psychotic, obsessive conspiracy theorist to life and regardless of card positioning, he is somehow still a staple of present-day SmackDown. His heel turn and subsequent run had serious potential to establish Sami Zayn as a top, main event talent – much like Canadian compatriot Edge who, a decade prior, had to turn from beloved babyface to vindictive, almost evil “Rated R Superstar” heel in order to challenge for headlining titles.

Yet, Sami still deserves so much more. At 37 years of age, one must think that while there are clearly still some years ahead in his career, the chance for the world title run Zayn deserved has come and gone – or at the very least, the doors are closing fast. Maybe we are wrong – we have seen a misused, squandered character capture the Money in the Bank briefcase out of nowhere in the past and somehow immediately transition from mid-card to main event. But given the booking of Sami’s character, one must think that – should he ever capture the briefcase – he’d be deceived into losing it to a Brock Lesnar, or a Roman Reigns and immediately regress back to a mid card position. Despite being a heel, which is usually the manipulative role in the WWE storylines, the Sami Zayn character appears to be the most easy to manipulate of all – he is easy fodder and, unless things change, mid card for life. Sami Zayn deserves much better and we can only hope that, sometime in the not-so-distant future, he finally achieves the success his clear talents deserve.