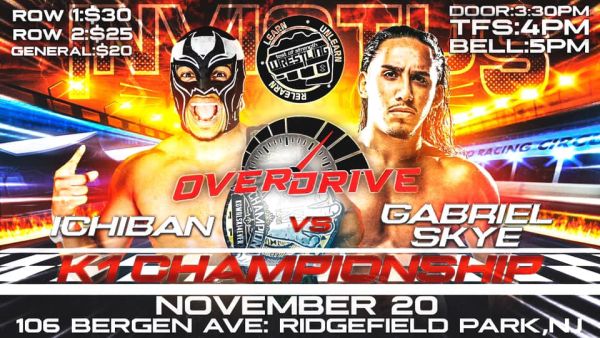 Two of the most underrated high flyers with a technical side will go at it at Invictus Pro’s Overdrive. This match will be fast-paced and if you blink, you might miss a moment of it. Gabriel Skye has a history in Invictus Pro, but Ichiban is looking to make a name for himself and this might just be his opportunity to do that., 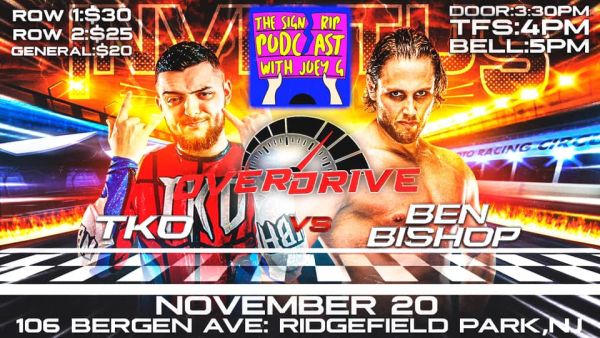 Ben Bishop is one of the largest professional wrestlers in the world today, but unlike many of those who came before him, he can move a little too well for his size. While Bishop is used to tackling larger opponents than TKO, this match is going to feel a lot like the former is simply swatting away a pesky gnat. No amount of speed, guts, or crowd support can save TKO from this massive monster that has defeated wrestlers who were more than just referees a few months ago. 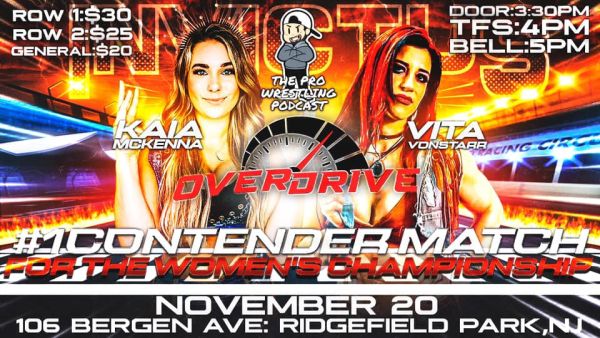 When you think of wrestlers who have had impressive rookie years, you have to put Kaia McKenna into that conversation, as she has been part of some of the best and most awesome matches of this past year. Then you have Vita VonStarr, who is perhaps best known for stupidly getting herself disqualified from the Ring of Honor’s Women Of Honor Tournament a few months back.McKenna might not need any of her patented magic to get past VonStarr here; perhaps simply telling VonStarr not to leave the ring or she will lose would be enough for her to do just that. 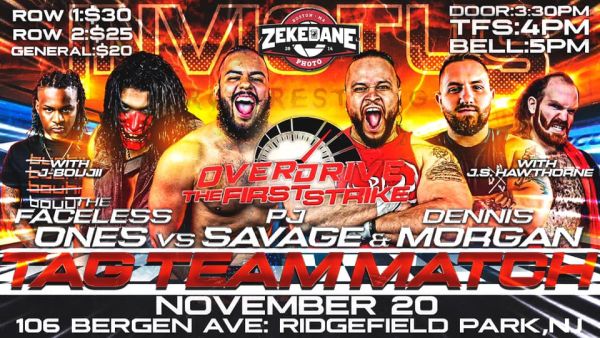 In terms of tag team wrestling, Faceless Ones have to hold the advantage as opposed to PJ Savage and Dennis Morgan, who is most definitely not a sloth. This match will be hard-hitting and a tough test for Faceless Ones, but it feels like a challenge they are up to. As a tag team, they are likely to be looking for that title shot once the first Invictus Tag Team Champions are crowned. 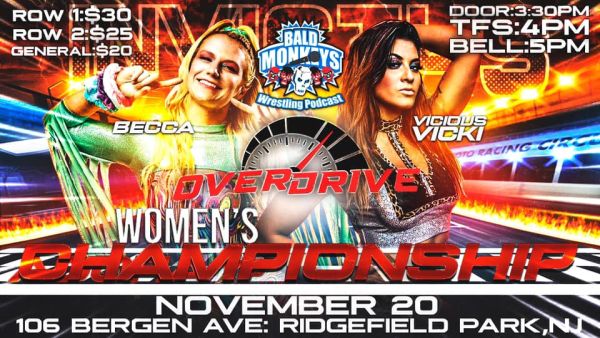 The story of B3CCA and Vicious Vicki is an interesting one because it feels as much as Vicki has gone around New Jersey defeating opponents and winning gold, B3CCA has gone through the Massachusetts area and done the same. This match will be a great clash of styles and in some ways (despite their attitudes) this match is going to be like looking in a mirror. It would be nice to see B3CCA pick up the title win here, though, and defend that title at a later date against =McKenna. 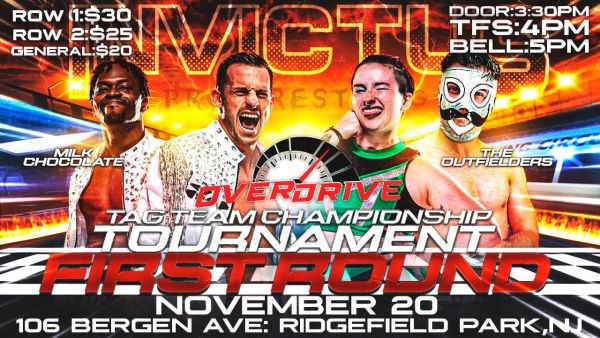 As the Invictus Tag Team Championship Tournament continues, Milk Chocolate has their chance to advance against The Outfielders. While Milk Chocolate have had their issues in the past (most recently losing to Perry Von Vicious at Pro Wrestling GRIND in a match which was, basically, though not technically two on one) The Outfielders remain stronger than ever before and seem to be the odds on favorite to win this. 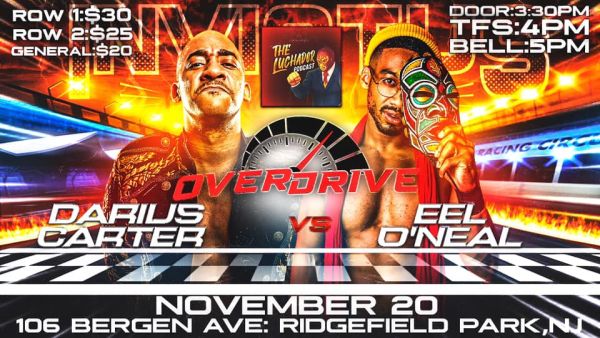 When thinking about Darius Carter and Eel O’Neal as wrestlers, they are often considered to be more of friends than enemies. O’Neal has teamed with Carter at Paris is Bumping and, at times, it even seems unclear as to whether or not Mr. Carter is a member of The Goons. However, both Darius Carter and Eel O’Neal remain wrestlers (two of the best out there today) so even if this boils down to being a friendly contest, neither is going to pass up the opportunity to find out who is the better competitor. This match very well might steal the show and all eyes should be on it. 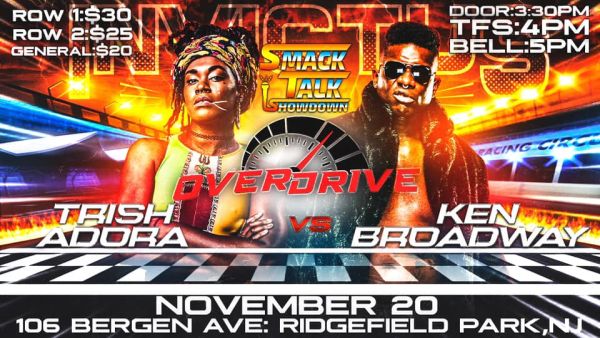 This match is under the category of ones that were not really thought possible. Ken Broadway has had some impressive matches in Invictus Pro, as well as in other promotions such as House of Glory. Trish Adora has been just about everywhere, but this is her Invictus Pro debut match. Both of these super-talented wrestlers are capable of scoring that victory, yet the fans are the true winners, regardless of the outcome. One would hope though that the winner of this match would be next in line for an Invictus Social Media Championship match. 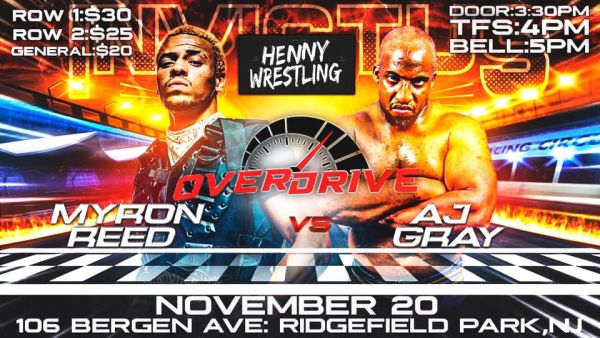 AJ Gray comes into this match as a replacement for the injured Chris Dickinson, so whether this plays into the preparation for Myron Reed remains to be seen. Reed has a high-flying technical side, though he should rely more on his speed to win this match. Gray is more about throwing lariats and taking opponents’ heads off, but he can leave the ground when needed; Reed very well may bring that side of Gray back out. This one is sure to be fast, hard and a match of the year contender when all is said and done. 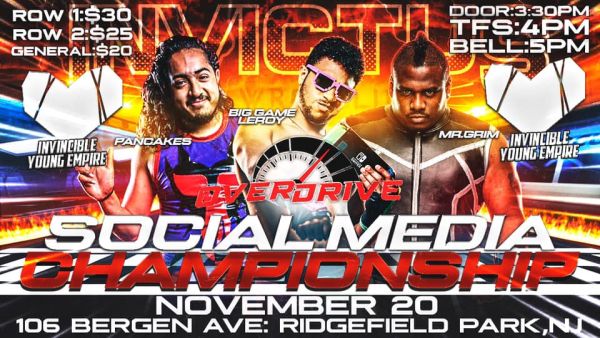 Pancakes is finally getting that title shot against Big Game Leroy, but not without Mr. Grim being involved in the match as well. Coming off of a win over Danhausen, Leroy seems to be on the roll of a lifetime and only growing stronger. In some ways, he would have to hope that Grim and Pancakes cancel each other out here, giving him that advantage that champions seem to sometimes have in triple threat matches. Though at the same time, Pancakes could pin Grim to become the new Social Media Champion and leave the current titleholder completely out of that result. This is an intriguing match with the highest of stakes, showing how far Invictus Pro Wrestling has come.

Overdrive is presented by Invictus Pro Wrestling on Saturday, November 20th, 2021. Tickets and more information can be found on the official Invictus Pro Twitter account.

Stay tuned to the Last Word on Pro Wrestling for more on this and other stories from around the world of wrestling, as they develop. You can always count on LWOPW to be on top of the major news in the wrestling world, as well as to provide you with analysis, previews, videos, interviews, and editorials on the wrestling world. Learn more about Invictus Pro Wrestling on Facebook.