Hybrid Wrestling has provided some of the best matches and shows this past year, usually for free on their YouTube channel as well. Friday Night Fights has a card that could make this their biggest show of the year! 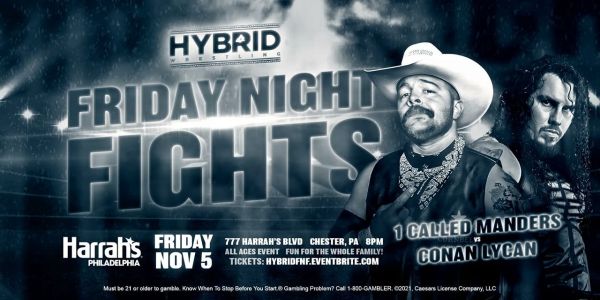 Conan Lycan made a big impact in Hybrid Wrestling back in June at Roll of the Dice. 1 Called Manders has been on one hell of a ride this year as well though, with a win last month over Otis Cogar and then both Cogar brothers. To say this will be a hoss battle will be an understatement and both are going to be looking for that ever-important win. 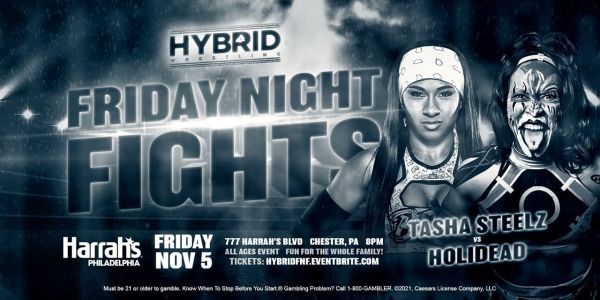 In a clash of promotions that only independent wrestling can bring, IMPACT Wrestling roster member Tasha Steelz takes on new Major League Wrestling roster member Holidead. Holidead has a past habit of trying to use a psychological advantage to intimidate her opponents. Steelz doesn’t seem to be afraid of anything or anyone, so this match should just break down to a straight-up fight. Holidead recently captured the Mission Pro Wrestling title while Tasha Steelz may be vying for the IMPACT Knockouts Championship. These two elements, when facing each other, feel combustive. 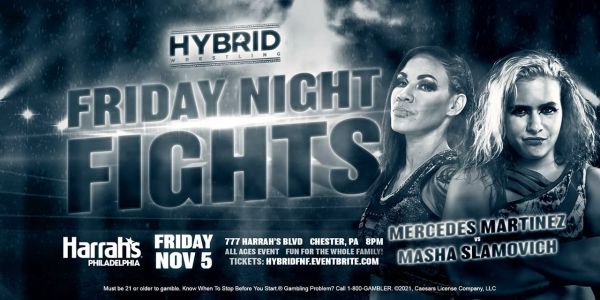 A mainstay of the independent wrestling scene for longer than most care to remember, Mercedes Martinez comes into almost every match with a veteran’s edge, but she is still tough as nails and won’t back down from a fight. Masha Slamovich (who recently signed with IMPACT Wrestling) has been a force to reckon with and has had a fantastic 2021. This match feels like it will have more of a brawling style- not because it won’t be technical, as both of these wrestlers are capable of throwing an effective suplex- but because of how hard it will hit. 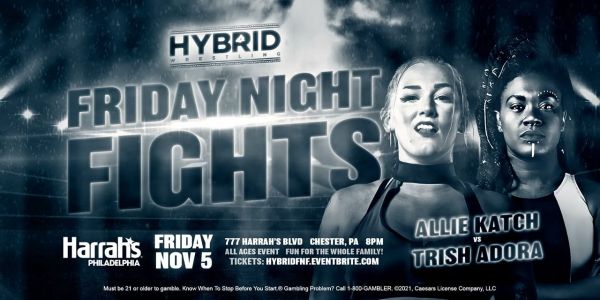 Sometimes, it feels as if wrestling exists in its own bubbles. In that way, it’s as if Allie Katch has been in a Game Changer Wrestling bubble while Trish Adora has been in a Beyond Wrestling Bubble. It is truly amazing that the two haven’t crossed paths yet after the year both of them have been having, but this is what many would consider to be a dream match. Both have similar paths, just in different locations. This match will be something special and it feels like both competitors have already faced everyone else, and now, they have made it to the final boss. Allie Katch and Trish Adora both happen to be each other’s final boss. 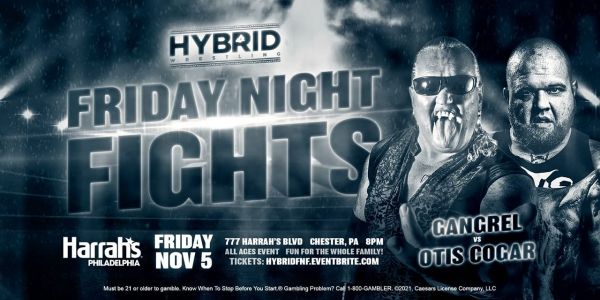 Gangrel is one of the legends left in professional wrestling who can still get the job done inside the ring. WARHORSE found that out back in August at Off to the Races. Otis Cogar is also a scary, scary wrestler, and brute strength should never be ignored in favor of age. This is going to a war most frightening and should be enjoyed by fans old and new alike. 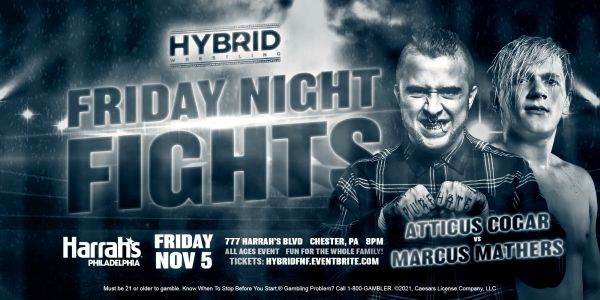 It feels like whenever there is an Atticus Cogar match announced, it is expected that green skewers will make their way into it. Marcus Mathers is no newbie when it comes to the art of the deathmatch, but this isn’t H2O. The experience of Cogar will likely play a role here, but that isn’t to say that Mathers should be overlooked. All it takes is the count of three!

Friday Night Fights takes place on Friday, November 5, 2021, from Harrah’s Philadelphia. More info and tickets can be found at Eventbrite. The event will also stream live and for free on the official Hybrid Wrestling YouTube Channel!

Stay tuned to the Last Word on Pro Wrestling for more on this and other stories from around the world of wrestling, as they develop. You can always count on LWOPW to be on top of the major news in the wrestling world, as well as to provide you with analysis, previews, videos, interviews, and editorials on the wrestling world. Learn more about Hybrid Wrestling on Facebook and Twitter.