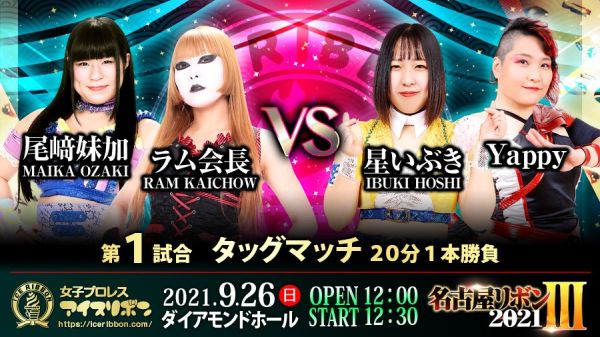 Ram Kaicho and Maika Ozaki vs Ibuki Hoshi and Yappy

Coming off their unsuccessful tag title challenge, Ram Kaicho and Maika Ozaki look to get some more experience as a tag team as they take on Yappy and Ibuki Hoshi. Kaicho and Ozaki make a great team that differs from what Ozaki and Maya Yukihi brought, showcasing fun tag moves. Hoshi recently lost out on the ICExInfinity Championship. However, she proved herself as the next young talent in her chop exchange with Tsukasa Fujimoto. This is a great opener for this light show and it seems like RxE will get the win. 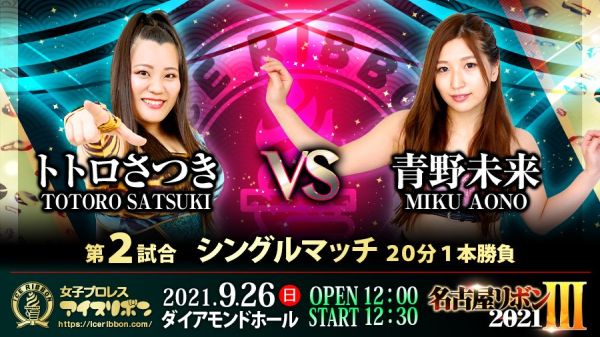 One of two singles matches on this card features Miku Aono making her return to Ice Ribbon. Since Actwres girl’Z and Ice Ribbon formed a partnership, Aono has been featured quite frequently on Ice Ribbon. She had a failed attempt at the International Ribbon tag team titles with Nao Ishikawa. However, Aono looks to get another singles victory under her belt. Her opponent, Totoro Satsuki, challenged for the IW-19 Championship. Other than this, Satsuki hasn’t done much, so this might be the best time for Aono to get another victory over someone in Ice Ribbon. 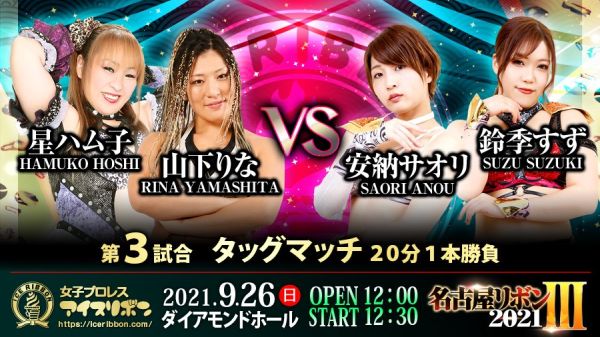 Saori Anou and Suzu Suzuki are the newest team in Ice Ribbon and have already made quite an impact by racking up wins and showing great chemistry. However, at Nagoya Ribbon III, they face Rina Yamashita and Hamuko Hoshi. Yamashita defeated Suzuki in an incredibly brutal deathmatch to defend her FantastICE Championship. Whenever they get into the ring together, it’s a hard-hitting affair. This could go either way, but if Anou and Suzuki get another win, they could very well challenge for the tag team titles next. 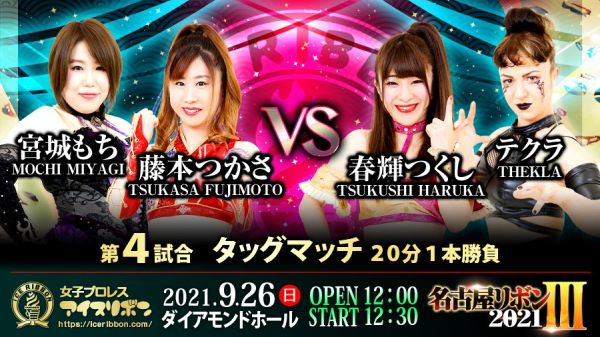 Mochi Miyagi and Tsukasa Fujimoto vs Tsukushi Haruka and Thekla

At the last Ice Ribbon show, after Tsukasa Fujimoto successfully defended her ICExInfinity title against Ibuki Hoshi, Tsukushi Haruka came out and dropkicked her, demanding a title match; this tag team bout serves as a primer for that. The four women in this match are amazing in their own ways, whether they’re underrated in the eyes of fans or not. With that said, all eyes will be on Fujimoto and Haruka because of how much history they have together. This is certainly going to be one of the stand-out matches of this card and it’s almost too close to call. 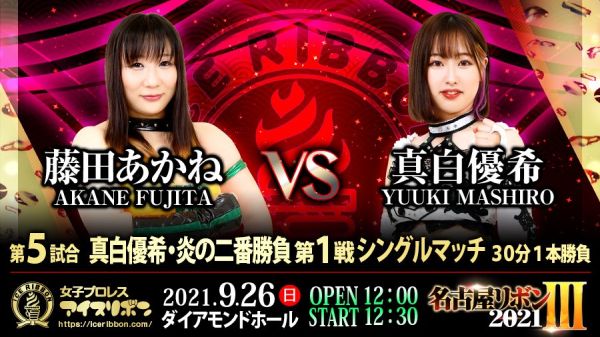 The Gacha Kingdom members square off in the semi-main event of the show. When Yuuki Mashiro faced the legend Aja Kong, she put her gacha title on the line and subsequently lost it in minutes. This didn’t last long as Akane Fujita and Rina Yamashita stole it back for their leader. Despite all the wacky chaos that Mashiro seems to get up to when she’s alongside Fujita and Yamashita, she’s putting the pieces together to be quite a solid wrestler. Mashiro might be a bit too early into her career to get a pinfall victory against one of the more protected members of the roster, but these two teammates will have a great match together.

For fans that don’t keep up with the company 666 that Ram Kaicho frequents, RebelxEnemy have been feuding with “RebelxEnemy” which happens to be Onryo, Konaka, Taro Yamada and Hamuko Hoshi dressed as each of the members. Although Maya Yuhiki and Risa Sera are serious professionals, Yukihi has cracked up laughing at Konaka dressed up as her, which should make for something different from what usually happens in Ice Ribbon. On their quest to have the most tag title defenses in history, this is a fun, relaxed match to get another defense in after their hard-fought battle against the actual RebelxEnemy members.