At just 18 years of age, Suzu Suzuki has ascended to the top of the mountain in Ice Ribbon and already won their top championship the ICExInfinity Championship.  As we near the two-year anniversary of her debut let’s take a look back at the explosive career of Ice Ribbon’s newest top star.

From the very beginning, there was something endearing about Suzu Suzuki.  She was supposed to debut at a big Ice Ribbon show in the Yokohama Cultural Gymnasium in 2018 but she fell off her bicycle and had to withdraw due to injury.  Her debut was moved to RibbonMania which is Ice Ribbon’s biggest show of the year.  She lost her debut match to Asahi.

Due to her bicycle incident, Suzuki used the “chirin chirin chirin” taunt that mimicked ringing a bicycle bell in her matches.  It was this taunt that fans quickly gravitated to as it became a fun thing to chant with her as she revved up for her bigger moves.

It wouldn’t take long for Suzuki to get her first singles win as she defeated Marvelous’ Maria in March 2019 and just three months later she defeated Asahi in singles action, showing the progress she had made since her debut.  There would be a few other tag wins and single wins spread peppered in throughout 2019 but Suzuki was never allowed to beat her seniors.

As soon as 2020 began Suzu Suzuki began picking up a number of wins.  This led to her facing Ice Ribbon’s longtime ace and torchbearer Tsukasa Fujimoto at Korakuen Hall in March.  In the month leading up to this match, Suzuki stopped wrestling and announced that she would no longer be the “chirin chirin” girl. 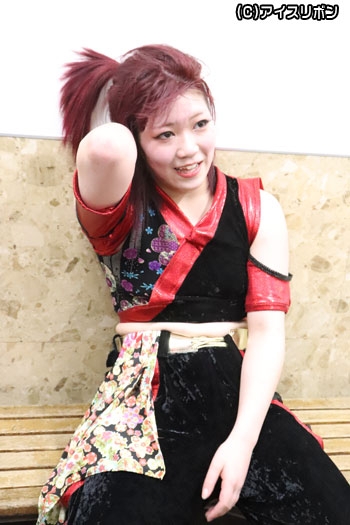 Suzu Suzuki debuted a much more mature look with her hair dyed red and dawning black and red gear.  With her new look and attitude, Suzu Suzuki defeated Tsukasa Fujimoto in what was the biggest win of her career to that point.  If the new look alone didn’t put Suzuki over then a win over the company legend Fujimoto forced fans to take notice of Suzu Suzuki.  It became clear after this show that Suzu Suzuki would be a star for Ice Ribbon, it was just a question of when, not if, she would dethrone Maya Yukihi

Following her victory over Fujimoto, it became clear that Suzuki had one goal.  To win the ICExInfinity Championship.  Suzuki didn’t have to wait long for her chance to dethrone Yukihi as the two wrestled in June.  Yukihi put Suzuki away after 18 minutes and reminded everyone that she would not be easily defeated.  This wasn’t Suzuki’s first shot at defeating Yukihi, she had previously challenged for the title in November 2019 but was put away in just 14 minutes.

A third match was made between the two just two months later.  The Yokohama Bunka Gymnasium, the last ever Ice Ribbon show in this historic venue.  The dominant world champion Maya Yukihi took on the 17-year-old prodigy Suzu Suzuki for a third time. 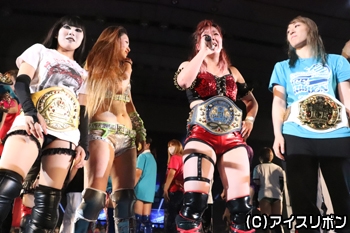 Suzuki and Yukihi battled in the main event for 23 minutes, their longest match yet.  After a back and forth Match Of The Year Contender, Suzuki defeated Yukihi on the third time of asking.  Suzuki did nothing to hide her emotions after the match as she stood atop the company at the age of 17.  Suzuki got the honor of closing Ice Ribbon’s last ever Yokohama Budokan show as the ICExInfinity Champion.

2020 has seen Ice Ribbon strap a rocket to Suzu Suzuki and with her performances, she has earned that push.  At just 18 years old and less than 2 years into her career she is one of the best wrestlers in not only Ice Ribbon but the Joshi scene as a whole.  The sky is the limit for Suzuki who already has a number of classics under her belt.

Stay tuned to the Last Word on Pro Wrestling for more on this and other stories from around the world of wrestling, as they develop. You can always count on LWOPW to be on top of the major news in the wrestling world, as well as to provide you with analysis, previews, videos, interviews, and editorials on the wrestling world. Subscribe to Ice Ribbon on Nico to see this show and more from one of the finest Joshi companies on the scene.   Looking to talk wrestling, pro football, or any number of sports? Head on over to the LWOS Boards to engage in conversation with fellow fans!