After a SmackDown episode last week that was seen as a complete home run by WWE, this Friday night should have loads of excitement as we head into it. WWE has not decided to follow up with the excitement by announcing anything for the show like they had for Madison Square Garden last week but based on what we saw, there’s plenty to prepare for. Here’s a speculative preview of what the SmackDown card could look like Friday night.

Roman Reigns Responds to the Rise of “The Demon”

As SmackDown came to a close, “The Demon” returned to WWE for the first time since 2019. It signaled that Finn Balor has reached the peak of his anger dealing with Roman Reigns, bringing out “The Demon” to face “The Head of the Table” for the Universal Championship. Reigns will have two tall tasks moving forward as Balor remains undefeated on the main roster as “The Demon” while Brock Lesnar officially awaits Reigns at Crown Jewel. If “The Tribal Chief” is able to get through Balor and Lesnar, his title reign will be solidified as one of the most impressive in the history of WWE. Expect Reigns to answer Friday. 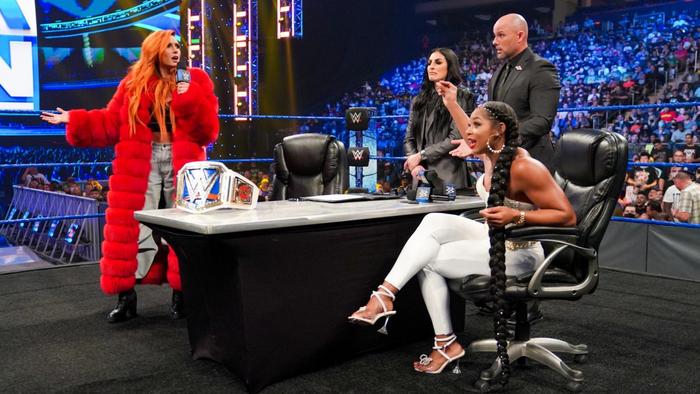 Becky Lynch is determined to show the fans that have turned on her that she is unbothered by them siding with Bianca Belair. That means that mind games should continue between the two rivals as Belair continuously is getting into the head of “The Man” and you can tell. Everything about Lynch screams confidence but her reluctance to sign the contract for their rematch at Extreme Rules provides insight that some of the confidence could be fake. Expect some more war of words in what should be an interesting night for these two.

What’s Next for Seth Rollins after Defeating Edge? 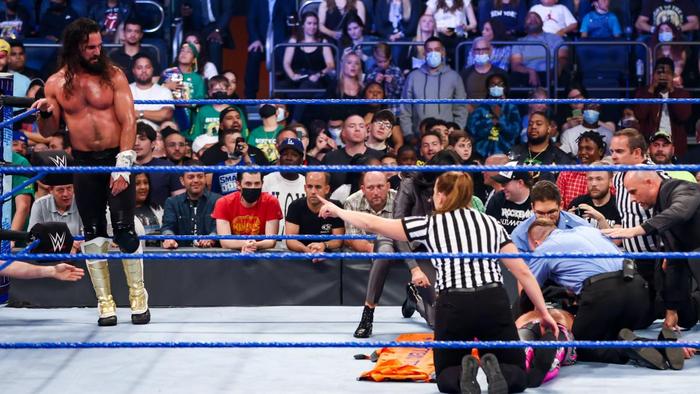 Seth Rollins does not seem to have control of himself in matches anymore. After defeating Edge in a devastating fashion last week, Rollins seemingly saw a ghost. He was spooked, lost, and not himself after taking out “The Rated R Superstar” after months of feuding. Edge got stretchered out and Rollins wasn’t celebrating. How does Rollins bounce back following one of the biggest wins of his career? The world should find out Friday.