IMPACT Wrestling returns to IMPACT Plus this Saturday night with Victory Road 2021. We will see Christian Cage defend the IMPACT World Championship against Ace Austin in the main event. Josh Alexander will also defend his X-Division title and Bullet Club will be in action. The action will begin at 8 PM EST on the IMPACT Plus app. Let’s run down the card and a few key matchups for the event.

-Eddie Edwards and Sami Callihan vs. Moose and W. Morrissey 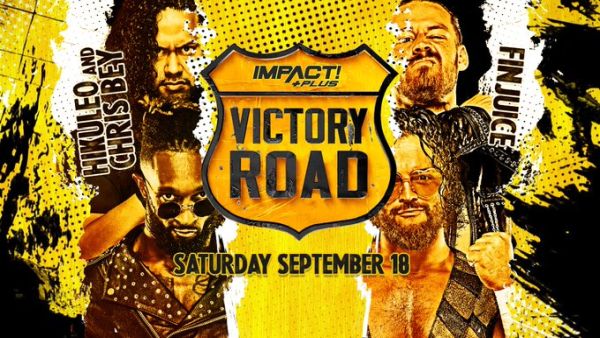 The battle between FinJuice and Bullet Club has been ongoing for a while now. The issues started when Bullet Club leader Jay White came to IMPACT on AXS TV following his surprise appearance at Slammiversary. He quickly made his intentions to recruit Chris Bey known. Bey was hesitant at first but eventually became interested in joining the ranks of Bullet Club. White and Bey teamed together in a losing effort against The Good Brothers on IMPACT. After the match, Bey expressed his disappointment that he lost his first match as a member of Bullet Club. White quickly corrected him that he was not in the club yet, but had a way for him to work his way in.

Bey helped White jump FinJuice backstage later that night setting up for a match between Bey and Juice Robinson the following week on IMPACT. Bey won the match and was handed a Bullet Club shirt and a “Too Sweet” afterward, becoming the newest member of the stable. The feud between Bey and FinJuice continued over the next few weeks. On the September 9th edition of IMPACT, Bey was defeated by David Finlay after a distraction from Juice Robinson. The celebration was short-lived as Bey was joined by Hikuleo in a beatdown of FinJuice. This match was made official and FinJuice has a chance at redemption when IMPACT presents Victory Road 2021 this Saturday night. 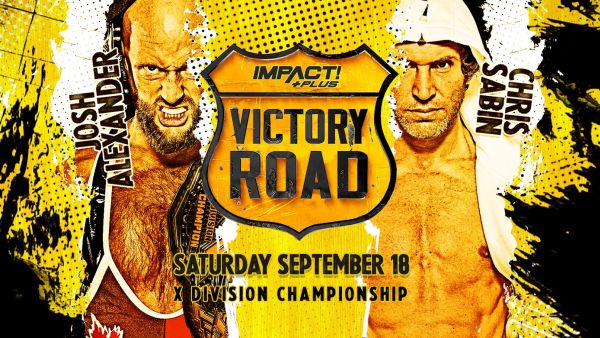 Josh Alexander captured the X-Division Championship at Rebellion and has had an impressive run ever since. He will take on the 8x X-Division Champion Chris Sabin at Victory Road 2021. They signed the contract to make the match official two weeks ago on IMPACT. Unlike most contract signings, this one did not end with someone going through the table the contract was signed on. Instead, the two showed mutual respect and shook hands after the match was made official. Their team was on the winning side of the 10-man tag team match as Alexander got the win for the team. The tension between the two was apparent during the matchup. They will settle things Saturday at Victory Road. 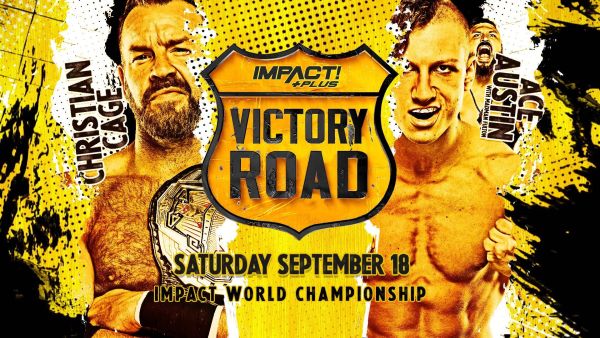 Christian Cage shocked Kenny Omega when he captured the IMPACT World Championship at the first episode of AEW Rampage. Cage quickly defended the title against Brian Myers at Emergence. The same night Ace Austin won a four-way match at Emergence to become the number one contender for the title. Austin tried to have Scott D’Amore put Cage in a match last week on IMPACT to better his chances at winning the title. That backfired, D’Amore made Austin take on Cage in a 10-man tag team match in which Cage’s team was victorious. It will be veteran vs. rookie as Austin looks to upset the veteran Cage. Two different generations of IMPACT Wrestling will collide this Saturday at Victory Road.

Dark Side of the Ring: The Plane Ride From Hell – What We Learned
The Usos vs. The Street Profits Announced For Extreme Rules