Following a historic event in Summer Chaos, Davienne is your new Chaotic Wrestling Heavyweight Champion and every show now just seems to be a matter of trying to outdo the one before it. If you need proof of that, just wait until Chaotic Wrestling’s History Maker, when none other than Paul London makes an appearance! 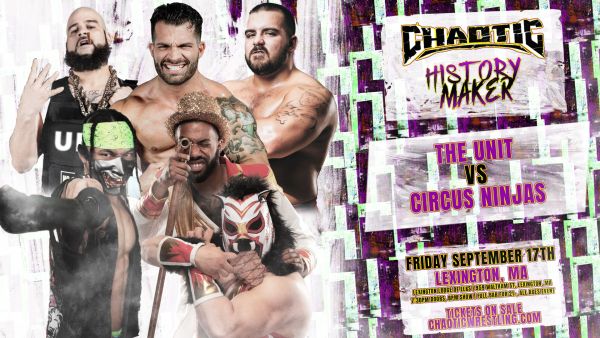 The Circus Ninjas are fun to see and a win here might help them earn a future CW Tag Team Championship shot. Mike Verna was not at the last Chaotic Wrestling show, though, so you can bet he’s showing up here with a chip on his shoulder and something to prove! 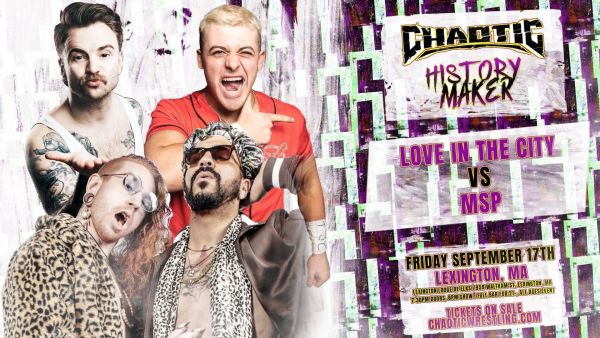 Love in the City vs MSP

Following their CW Tag Team title loss in which Love, Doug was pinned, MSP laid out the challenge to Love, Doug to get CrawBoo on the phone for a match. To see The Unit eventually defend the Tag Team titles against both MSP and Love in the City would be grand, but shouldn’t MSP have some kind of rematch clause? 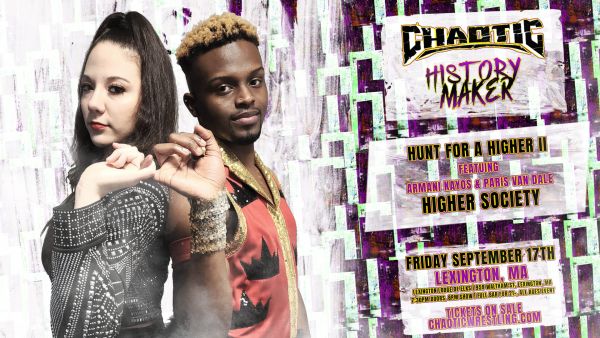 The Highers “Hunt For A Higher II”

Following three unsuccessful attempts at the last show, The Highers still seem to want to find someone else to be a part of their group. Due to the way that The Highers seem to treat everyone else, there might not be a lot of takers here. If names were to be tossed out, one might suggest looking into Jessie Nolan and J Boujii.

Ava Everett is back in Chaotic Wrestling. What this segment means for the Chaotic Wrestling roster and fanbase is a vague mystery at this point. With Everett at the helm, one must assume it will be delightful. 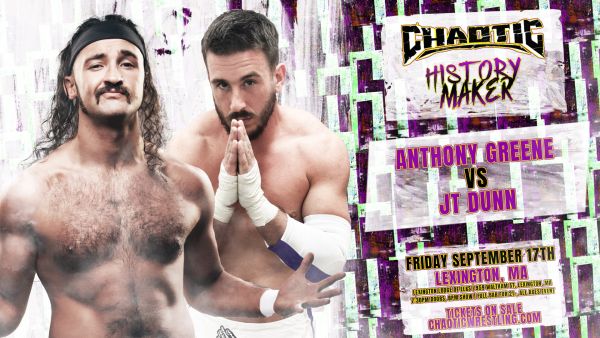 Anthony Greene has been on an absolute tear lately, taking only the best matches and overall having some of the best of the year.  JT Dunn is fresh off of his CW Heavyweight Championship loss, so he also looks to have something to prove. To say this match could steal the show feels like something you could say about every Anthony Greene match, but this one might really do it. 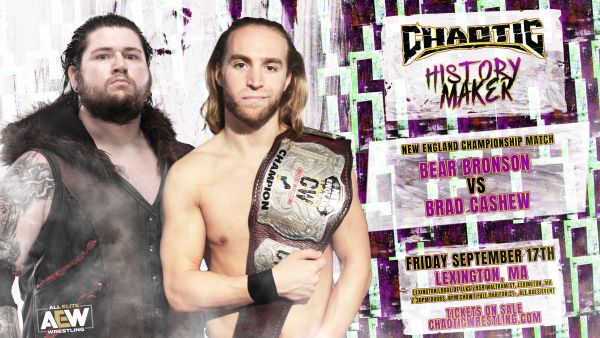 Last month, Brad Cashew successfully defended the CW New England Championship against Alec Price. Now, Brad Cashew is given perhaps the biggest test to date against Bear Bronson, who is making his return to Chaotic Wrestling after some time away. This one won’t be pretty. This match is going to be violent; for Cashew to win it and hang onto that championship, he might have to go somewhere he has never gone before. Cashew is extremely athletic, but unfortunately, that doesn’t help when you’re being mauled by a bear. Brad Cashew is going to have to be ruthless. 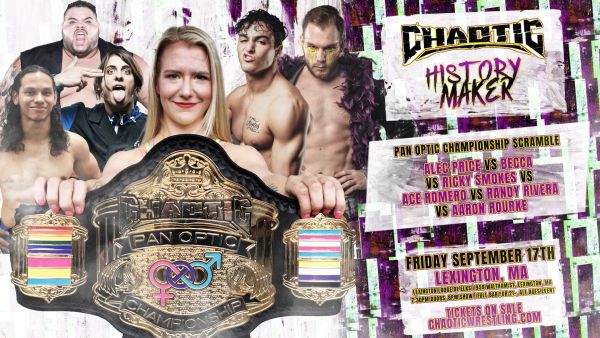 Much like Brad Cashew, Becca had a successful title defense at the last show (over Alisha Edwards). Now, Becca faces her biggest test to date as she takes on five competitors at once who all want that gold. This match could come off looking like a multi-car collision, and if anyone has an advantage going into it, one would say it is Ace Romero. 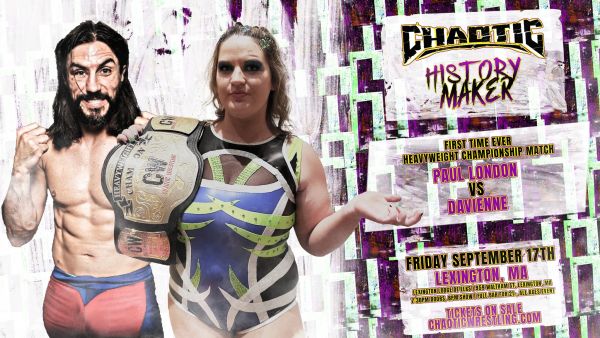 Paul London is a former multi-time WWE Tag Team Champion and has had a successful singles career, seemingly being pickier about where he wrestles and not just showing up anywhere. Davienne captured the CW Heavyweight Championship from JT Dunn at the last show, and the competition for her just reached a level, unlike any other before it in the entire history of Chaotic Wrestling. If this does not feel like a huge match on paper, after it happens, it will certainly be a Match of the Year contender that people are talking about for years to come.

History Maker airs live on Friday, September 17, 2021, in Lexington, Massachusetts. Tickets and more information can be found at: https://www.chaoticwrestling.com/