Ring Of Honor will present their third pay-per-view of the year this Sunday, September 12th: ROH Death Before Dishonor XVIII. The show will emanate from the 2300 Arena in Philadelphia, PA and will be the company’s fourth event with fans in attendance since the Covid-19 Pandemic began. Headed into the show, it’s loaded with some great matches including Jonathan Gresham vs. Josh Woods, Jake Atlas vs. Tyler Rust, a four-way ROH World Championship match between Bandido, EC3, Flamita, and Brody King, and finally, the continued rebuilding of the ROH women’s division.

For me, the most anticipated match is the bout between Rok-C and Miranda Alize. This match is the finals of the ROH Women’s World Championship Tournament, something that has carried ROH TV on its back for the past few months. The tournament featured the likes of Willow Nightingale, Allysin Kay, Marti Belle, and Nicole Savoy.

This will be the first women’s match on a Ring Of Honor PPV since the Final Battle show in 2019, despite returning from the pandemic break in September 2020. But, there’s a history and reasoning behind their notable absence.

The Downfall of Women Of Honor

Up until 2016, ROH never had a consistent women’s division. They would host occasional matches, but in 2016, things changed for the better. The company began taping specific Women of Honor branded shows and pilots for their own YouTube specials. In April 2018, the tournament finals would be held and crowned the first-ever Women of Honor Champion in Sumie Sakai. Sakai would trade the title around with Kelly Klein and Angelina Love – before serious allegations arose in late 2019. 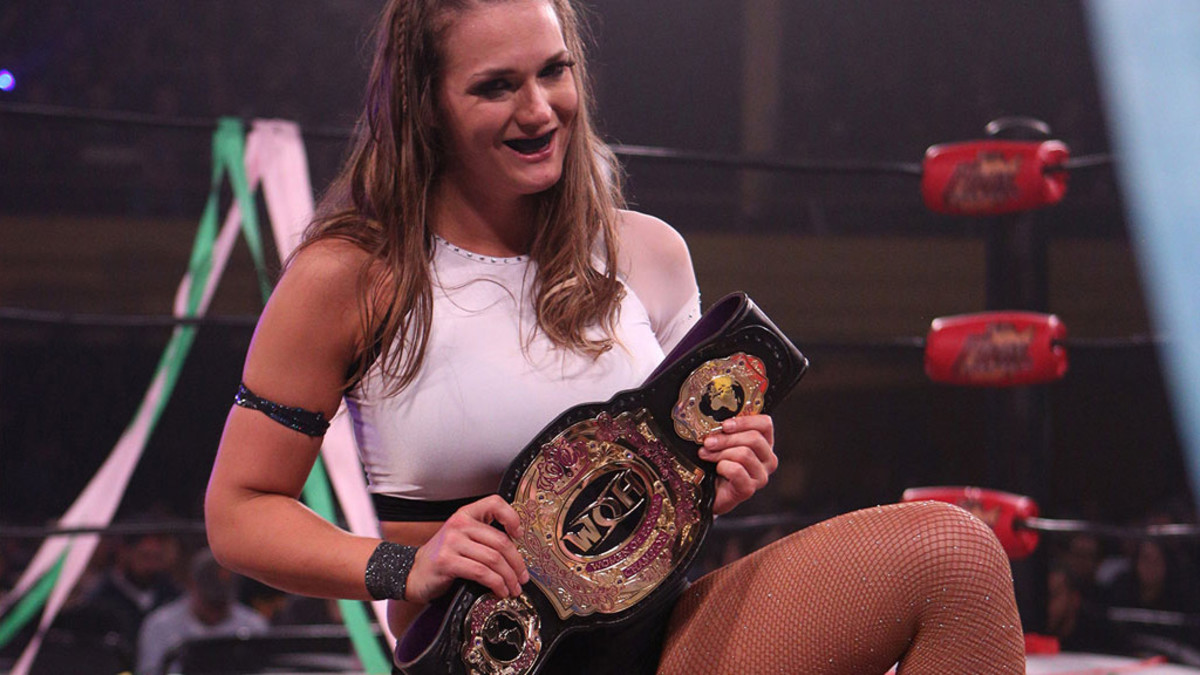 Klein brought up allegations of medical negligence after she had suffered a concussion in a match on October 26, 2019. Klein made it clear that there was no medical personnel either at ringside or backstage following her injury, and then when asked, the company refused to show her the concussion protocol. This led on to the end of the year where Klein’s contract was not renewed, despite her still being champion of the division. Klein has since filed a lawsuit against ROH and Sinclair Broadcasting in early 2021.

The company immediately decided to rebrand the championship and the division as whole. The Quest For Gold tournament was planned for the first quarter of 2020, but the promotion shut down in March 2020 due to the global pandemic.

The Climb Back of the ROH Women’s Division

When the company returned from its pandemic hiatus in September 2020, there was no mention of women’s wrestling or the division for months. In fact, the only woman on the broadcast was host Quinn McKay – who developed a small side feud with Angelina Love during her hosting duties.

The side feud between McKay and Love was able to take off full blast after this announcement. McKay faced off with Love on a May edition of ROH TV, with the stipulation that the winner would receive a first-round bye in the tournament. This would be the first women’s match on ROH TV in over two years.

Honor. Is. Real. (for the ROH Women’s Division, too)

The tournament officially began on July 16. As somebody who consistently watches and covers the product, I can confidently say that this tournament was a brilliant way to reintroduce women’s wrestling to Ring of Honor. Almost every match has been either good or above good – and that’s without a crowd behind the match. I’ve become invested in women like Rok-C, Nightingale, and Alize because of the tournament as well. Chelsea Green has popped up on a few shows as well, becoming a valuable asset who can get some eyes on the product herself.

As previously mentioned, this Sunday at the Death Before Dishonor pay-per-view, Rok-C will face Miranda Alize in a match to crown the first-ever ROH Women’s World Champion. ROH has done wonders for the women and stripped away the unnecessary and futile Women of Honor branding, focusing strictly on the wrestling aspect.

This week alone, the promotion has announced the signing of 3 different women’s division competitors to contracts – those women being the two finalists of the tournament Rok-C and Alize and the dominant Max the Impaler. This is a step in the right direction and while I think signing people like Allysin Kay, Holidead, and Willow Nightingale is essential to future success, the company has a solid talent base to start off with. Currently, the talent roster reads as followed: Angelina Love, Mandy Leon, Quinn McKay, Jenny Rose, Kellyanne, Maria Manic, Max the Impaler, Miranda Alize, Rok-C, Session Moth Martina, and Sumie Sakai.

While the company is doing everything right at the moment, there’s still a lot of work to be done on the division. With the entire ROH product vastly improving over the past year, I don’t expect any major booking blunders going forward. Something that ROH has to nail down is simple consistency. During Kelly Klein’s reign as champion, she would disappear for weeks at a time and not be seen on television or HonorClub specials. No matter if it’s Rok-C or Alize that wins the title, they must be seen on all facets of ROH programming consistently.

The company has been great in getting behind this reboot and promoting the tournament, but it has to be consistent and continue, even when a champion is officially crowned. History has shown when the Ring of Honor machine gets behind a talent or idea, it’ll most likely flourish.