As most wrestling fans are aware at this point, Jimmy Uso was arrested for DUI for the third time on July 5.

According to police reports, Uso (real name Jonathan Fatu) was pulled over in the evening in Pensacola, Florida, for driving 50mph in a 35mph zone and running a red light. A breathalyzer test revealed Uso’s blood-alcohol level at .205, well above the legal limit of .08.

Uso’s first DUI arrest was in Hillsborough County, Florida in 2011, while his second, in July 2019, was also in Pensacola.

On top of the three DUI’s, Uso was arrested after a confrontation with police in Detroit in February 2019, as well as in 2013 for driving with a suspended license in relation to the 2011 arrest. 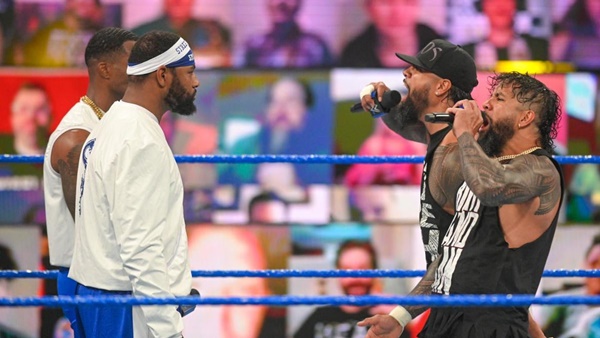 Following Jimmy Uso’s latest arrest, there were reports that he had major heat backstage, and that top people in WWE were, “legitimately pissed off,” at him.

The news was followed by speculation about what action WWE would take against him. Would he have to go to rehab? Would he be suspended, or even fired?

That question was answered on the July 9 episode of SmackDown, when both Usos appeared as part of their ongoing storyline with their real-life cousin Roman Reigns.

There was no mention of the arrest, either on the air or on WWE.com, and The Usos went on to win their seventh WWE tag team titles at the Money in the Bank pay-per-view that Sunday.

In the past, WWE had at least acknowledged Uso’s legal troubles, usually by simply stating on their website that, “Jonathan Fatu is responsible for his own actions.” They also once had John Cena make fun of both Usos’ DUI’s on a 2019 episode of Raw, which could easily have been read as a message from management.

But that was then. Now, the Usos are involved in a long-term angle with Reigns, who also happens to be Universal Champion and the biggest star in the company.

And none of WWE’s ways of handling Uso’s behavior – releasing a statement, making fun of him on TV, or ignoring it altogether – have actually addressed the root problem, which is his poor decision-making skills and tendency to drive under the influence of substances.

WWE is in a position to tell Uso to either go to rehab or risk losing his job, but they aren’t doing that. 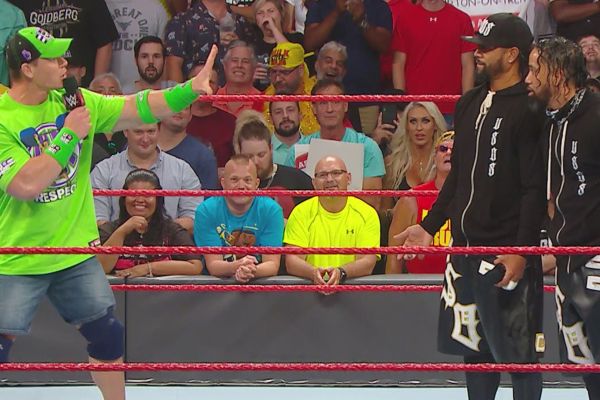 Is the message being sent that WWE doesn’t take DUI’s seriously, especially when it involves a top star? Regardless, it’s bizarre coming from a company that describes itself as “family-friendly,” and puts so much emphasis on role-model characters like John Cena and Nikki A.S.H.

What makes WWE’s inaction even more strange is how proactive they’ve become in other areas. WWE introduced its Wellness Policy in 2006 to address substance abuse issues among talent. They’ve become much more proactive on concussions and other severe injuries, increasing testing and stopping matches rather than risk further injury.

But on DUI’s, WWE remains stuck in the past. By giving Uso multiple passes on drinking and driving, WWE may be sending a dangerous message that they don’t view it as a big deal, especially when an individual is a top star and able to make money.

The Possibility of Sending Jimmy Uso to Rehab

WWE is taking a huge gamble by not sending Jimmy Uso to rehab. He’s no doubt apologized, and said he’ll never do it again, and he probably means it. Unfortunately, with how common these incidents are, he may not be able to stop on his own, no matter how sincerely he wants to.

WWE tends to wait until disaster – and a ton of bad publicity – strikes, usually at the expense of someone’s life, before they’re willing to take action.

They didn’t introduce the Wellness Policy until Eddie Guerrero and numerous other wrestlers died drug-related deaths. They didn’t take action on concussions until the Chris Benoit tragedy, and they allowed wrestlers to perform dangerous stunts like repelling to and from arena ceilings until Owen Hart died because of it.

Jimmy Uso may be another wrestling disaster waiting to happen. As long as WWE takes a laissez-faire attitude to DUI’s, it’s only a matter of time before something terrible happens, if not with Uso, then with some other wrestler who is driving while under the influence of substances they’ve turned a blind eye to. Only then, WWE undoubtedly will take action. If history is anything to go by, by then, it may be too late.