Gatoh Move Pro Wrestling moves toward its third show in a row with ChocoPro #139. What has been dubbed the “ChocoPro Olympics,” coinciding with a special period in Japan, has been nothing short of eventful thus far. From what many consider the breakout performance of Lulu Pencil to a frantic tag team encounter on the previous episode, this third subsequent show should be nothing short of promising. For those that are planning on tuning into the official Gatoh Move YouTube channel, here is what you should know about the action to take place. 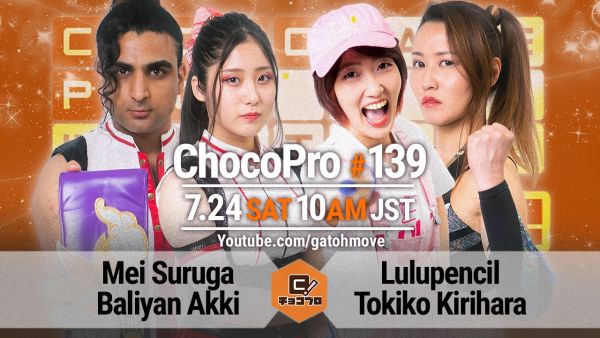 On ChocoPro #137, as mentioned earlier, Lulu Pencil had perhaps the greatest performance of her young career. Following what has been months of story and build, the Pencil Army commanding officer faced off against her heated rival, Chris Brookes, in a 30-minute Iron Man Match. Brookes won the match with 3 falls to his name, though this wasn’t the major story coming out of the match. In shocking fashion, in the final seconds of the match no less, Lulu Pencil kept Brookes’s shoulders to the mat for 3 seconds. With this, she picked up her first pinfall in singles competition, ending the score at 3-1 in the 2x DDT Universal Champion’s favor. In a show of respect, Brookes finally acknowledged Lulu Pencil as a professional wrestler.

Two shows later, and hopefully healed up from her career-defining Iron Man Match, Lulu Pencil returns to the action on ChocoPro #139. She will team with Tokiko Kirihara, who she has worked with multiple times in the past, to battle the reigning Asia Dream Tag Team Champions, Best Bros. To say that this is a big challenge for Lulu Pencil and Kirihara would be an understatement, even without the titles on the line. A tag team victory over Mei Suruga and Baliyan Akki is a rarity, though with the Pencil Army leader’s new confidence and momentum behind her, an upset victory isn’t out of the conversation. 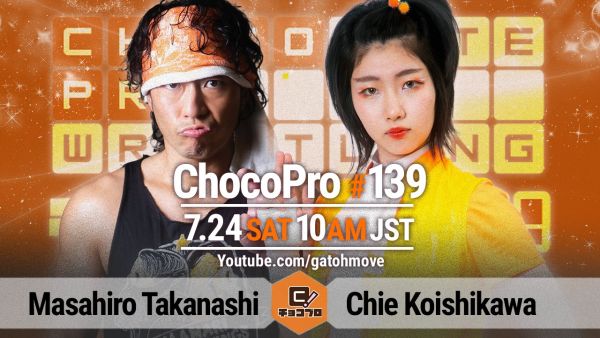 On the previous episode of ChocoPro, Chie Koishikawa teamed with Mei Suruga, reuniting the group affectionately known as Warm Caterpillars. They faced off against the veteran duo of Masahiro Takanashi, who made his return to action earlier this month, and Chon Shiryu. This was an energetic encounter, so much so that even Baliyan Akki, who filmed the match and provided commentary, struggled to keep up with the action toward its conclusion. Despite a valiant effort, Warm Caterpillars fell, Shiryu picking up the pinfall victory over Koishikawa following a knee drop from the windowsill.

This wasn’t the end of Koishikawa’s woes, however. The girl with “Too Much Energy” did well in the post-show janken tournament, making it all the way to the finals, where she faced fellow finalist Tokiko Kirihara. Like she had done in many janken tournaments prior, Koishikawa lost, erupting into tears as the ChocoPro cast performed the usual song and dance. Once the festivities were done, Emi Sakura announced the main event for ChocoPro #139. In their first-ever singles encounter, Chie Koishikawa and Masahiro Takanashi will do battle.

It may surprise new ChocoPro viewers to know that ChocoPro #138 wasn’t the first time Koishikawa and Takanashi were part of the same match. In fact, since 2019, they sporadically worked in the same matches, not only as opponents but partners as well. Heading into ChocoPro #139, Koishikawa must be prepared for a challenge. Since making his official return to action, the man who “only lives twice” has been on fire, showing little to no ring rust despite his extended period of inactivity. Can he keep his hot streak alive with a win over Gatoh Move’s most energetic fighter? Keep an eye on this main event.