The second installment of Tokyo Joshi Pro Wrestling‘s (TJPW) Inspiration show takes place at Shinkiba 1st RING on July 1 and features a three-match card including Yuka Sakazaki’s All Elite Wrestling send-off match. Let’s take a look at what to expect on TJPW Inspiration 2. 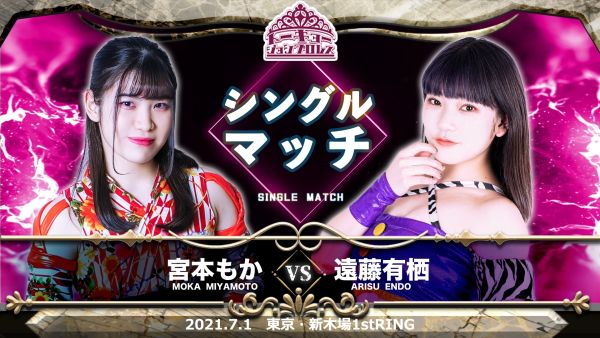 The TJPW Inspiration 2 opening match is a battle between two rookies. This might look like a standard match on paper. However, these two are fighting for their first-ever pinfall victory in the company. Arisu Endo debuted back in January during TJPW’s big Jan 4 show and has been impressive ever since. Only having half a year experience, she has shown that she can handle herself in the ring way beyond her years. As for Moka Miyamoto, her one-year anniversary comes up on the 23rd of July. Although her progress has been slower in comparison, the past few months, she has been pushing toward that next level. This will be a usual fun TJPW opening match to kick off a big show. 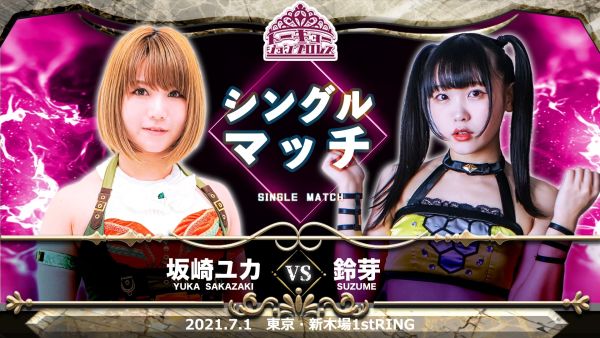 According to TJPW’s official Twitter, this will be Yuka Sakazaki’s send-off match before she heads to the United States to work with AEW during July. As always, Sakazaki will have an amazing outing in this one while also making one of the future stars of TJPW look good. Suzume has been doing a lot of work with Mirai Maiumi, who features in the main event, and this has given her the chance to excel past everyone else who was lower down on the card. This will certainly be one to watch for both of them, it may not be the match to steal the show but it’s the perfect set up for Yuka’s excursion. 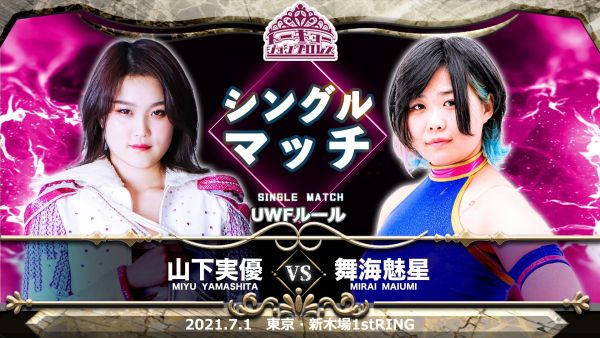 The Inspiration show is all about giving the women in TJPW the opportunity to try things they might not have the chance to do on a regular show. On the first episode of Inspiration, Hikari Noa fulfilled her deathmatch dream and faced Rina Yamashita. This time, the best striker and the best grappler face off in a UWF Rules match. For fans that have no clue what this means, the rules are quite simple in theory.

There are no pinfalls, the match ends by knockout, tap out or TKO. Since this is a point-based system, a point can be lost every time someone is knocked down or uses the ropes to escape. If 5 points are lost, that results in a TKO. Miyu Yamashita and Mirai Maiumi have a 20-minute time limit to try and get the victory. The rules also state that there is no headbutting, elbows, closed fist punches to the face. There are to be no strikes when the opponent is on their hands and knees, which takes out the possibility of some of Yamashita’s strikes. It’s more than likely that the champion Yamashita will walk away the winner. Regardless, it will be difficult to top this match at the next Inspiration show.