On the May 25 broadcast of NXT, the hopes of Finn Balor regaining the NXT Championship were dashed. His challenge for the title was a hard fought bout against champion Karrion Kross, who dethroned the Prince at NXT Takeover: Stand and Deliver. Despite Balor pouring blood, sweat, and tears before the crowd at the Capitol Wrestling Center, the bell rang frantically to end the match as Kross held the sweating, inert Balor in a sleeper hold. Kross is still the NXT champion-ergo, so what becomes of Balor? This losing title bid suggests that he may be, as speculation prompted by his own words has suggested this week, headed back to his old stomping grounds on the main roster.

Main Roster’s Return of the Prince 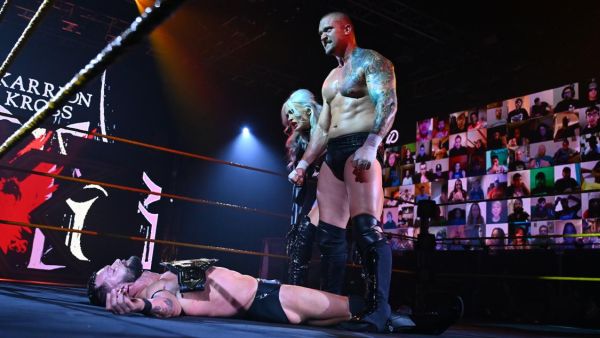 Appearing on the podcast ‘Out of Character’ with Ryan Satin for Fox Sports, Balor spoke candidly about how his NXT run transpired and his wishes for his future with WWE.

After feeling that he had lost his way a bit, Balor took a few months off from WWE in 2019 to decompress. He was tapped to appear on NXT as a cornerstone of its expansion into a third brand-his run was initially only projected to last six months. However, both Balor and NXT evolved beyond expectations. Shedding the supernatural trappings of the Demon King, Balor crafted the persona of the Prince – a nod to his NJPW ring name – an enigmatic and manipulative alpha well aware of his ring prowess, and the target on his back because of it; a gritty and gutsy fighter ready for all comers, even the brutal and towering Karrion Kross. The reinvigorated Balor has delivered memorable matches with opponents like Kross and Kyle O’ Reilly while on the NXT roster, but he expressed to Satin a desire to revisit his RAW or SmackDown. Without an NXT title, he is free to do so.

As hype was built around the Kross and Balor rematch, Paul Heyman appeared on NXT to hint that WWE Universal Champion Roman Reigns had an interest in the outcome of the Kross v. Balor match for the NXT championship. This could be synergy pointing in the direction of a return to SmackDown for Balor.

However, to Satin he also name-checked RAW cast-members A.J. Styles and Bray Wyatt as Superstars from his past he would like to face in the future.

Where is Balor headed, and what could he add to either brand? 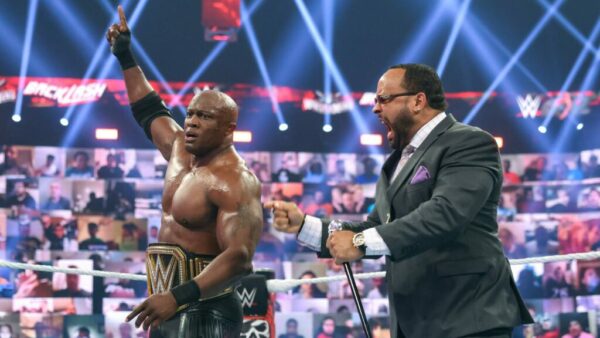 A paradigm shift would be welcome on RAW, and Finn Balor has history with the brand. After a stellar NXT run, Balor was called up to Raw in 2016. He defeated, among others, Roman Reigns for a shot at the newly created Universal Championship at that year’s Summer Slam. He faced off with Seth Rollins for the Universal Championship, and became the first titleholder of the honor. However, a shoulder injury sustained in the bout caused him to vacate the title.

However, the prestige of this run would lend itself well to the current roster, pointing the roster’s current top tier performers like Drew McIntyre and Bobby  Lashley at the target painted on the Prince’s back. There is also Damien Priest, who’s lacking a dance partner now that the Miz’s Wrestlemania: Backlash injury, a torn ACL, is keeping him out of action. Miz’s tag partner John Morrison has been admirably keeping the comic feud going, but it is just that, a comic feud. Priest vs Balor would be a more elevated match up, allowing Priest to show the Raw audience his martial arts based moveset against Balor’s all-around deep well of both high flying and submission tactics. 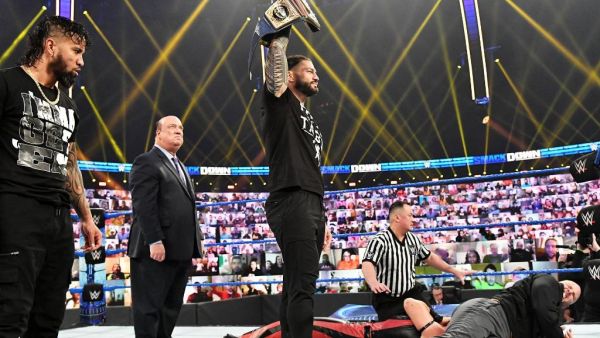 The title that Finn Balor was the first man to hold has now become synonymous with one man: Roman Reigns. The ubiquitous but widely disdained babyface has re-branded himself and electrified the industry with his heel turn, portraying an arrogant champion hell-bent on staying on top. Feuds with Kevin Owens, Daniel Bryan, and Edge over the past year and a half have established that dominance. Balor would be a welcome addition to that list. He’s defeated Roman in the past, and like Edge he can truthfully assert that he never lost the title which Roman holds now, but had to vacate it-and wants it back.

Other contenders the Prince could  be thrown in with are Seth Rollins and Kevin Owens. Rollins’s Messiah bit has taken a manic and increasingly unhinged turn, with his ire focused on Cesaro at the moment, but it could easily turn to Balor. As for Owens, he kicked off 2021 feuding with Reigns, culminating in a memorable match at Royal Rumble, but saw that momentum diverted to the Rumble’s winner, Edge, and later Daniel Bryan. While he has been engaged in a comic feud with Sami Zayn, a feud with Balor could stimulate more aesthetically pleasing matches between the two NXT alumni.

Finn Balor has spoken in the past about experiencing burnout during his time on Raw and SmackDown, respectively, and the chance to reinvent himself that his second NXT run has afforded him. A big part of that change is shedding his Demon King persona. His current, realism based Prince persona could serve as a subtle foil for the dark allure of the newly returned Aleister Black, warming up either party to inevitably face Reigns later down the road.

Balor’s reinvention has been a pillar of NXT for over a year now, and after transforming himself, he now seems eager to return to a bigger stage. Though he lost NXT’s top title, he may be granted the second chance he craves, at Raw or SmackDown.