As the old adage goes, “third time’s the charm.” Live from Las Vegas, Nevada, Game Changer Wrestling will put on one of the more eventful shows of the week with Draft Day. When it comes to Vegas, anyone’s luck and fortune can change. Who will end up getting lucky? On the flipside, who will end up losing more than they put down? No matter what, in this case, what happens in Vegas doesn’t necessarily stay in Vegas. Take a look at the action to come, featuring independent wrestlers from around the world, at GCW Draft Day. See the full card and a few key highlights below. 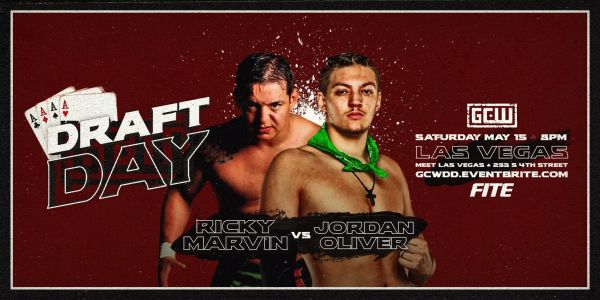 From CMLL to Lucha Libre AAA Worldwide to Pro Wrestling NOAH and beyond, Ricky Marvin is among the most seasoned professional wrestlers on the scene today. Many avid wrestling fans will best know him from his work in NOAH, where he wrestled from 2003 to 2015. It was here where he became a one-time GHC Junior Heavyweight Champion and a three-time GHC Junior Heavyweight Tag Team Champion. In addition, Marvin is a second-generation star, being the son of Ricardo Fuentes, also known as “Aries,” and the brother of Mini Histeria of AAA fame. Given that Marvin has been wrestling since the late 90s, it may surprise fans to know that GCW Draft Day marks his debut in the promotion.

Marvin will be taking in Jordan Oliver, who is coming off a major loss. At GCW Ashes to Ashes earlier this month, he challenged the newly-crowned GCW World Champion, Nick Gage, in a losing effort. Despite this, Oliver put on a good showing against “The King of Ultraviolence.” Oliver has been a regular competitor for GCW otherwise and he is no stranger to taking experienced competitors. For evidence of this, look no further than his showdown with 2 Cold Scorpio at VxS Legends Never Die this past October. Can the cocky New York native regain momentum at the expense of the veteran in Marvin? Tune into GCW Draft Day to find out. 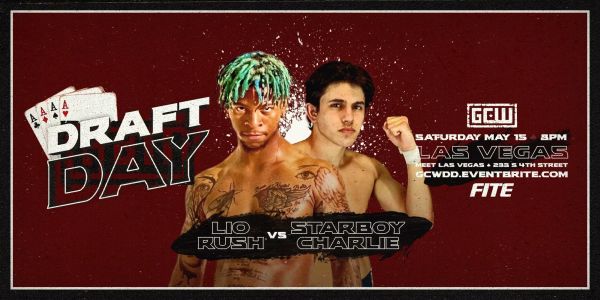 The Man Challenges the Boy at GCW Draft Day

Another GCW regular set to compete at Draft Day is “The Man of the Hour” himself, Lio Rush. His previous match for the promotion took place at last month’s rSpring Break event, where he bested Jordan Oliver. He’s also been seen on such programs as NJPW Strong, recently competing in the New Japan Cup USA 2021 tournament. Though Rush bested Clark Connors in their first-round match, “The MOTH” was bested by Brody King in the semifinals. Always one to move forward, Rush will prepare to take on an individual he has never stepped in the ring with. Simply put, the current MLW Middleweight Champion will require a different game plan.

Hailing from California, Starboy Charlie began his professional wrestling career in 2015. From his early days in Gold Rush Pro Wrestling, based in Pacifica, Charlie went on to make his mark in other California promotions, Big Time Wrestling and All Pro Wrestling included. He made his GCW debut at Just Being Honest, which took place in January of 2020, in a Scramble Match. Thus far, 2021 has proven kind to “The Starboy,” as evidenced by victories over Oliver and Billie Starkz at separate WrestleMania Week events. Charlie may enter GCW Draft Day with confidence, but to keep his momentum going, he will have to be at the top of his game when he battles Rush in their first singles encounter. 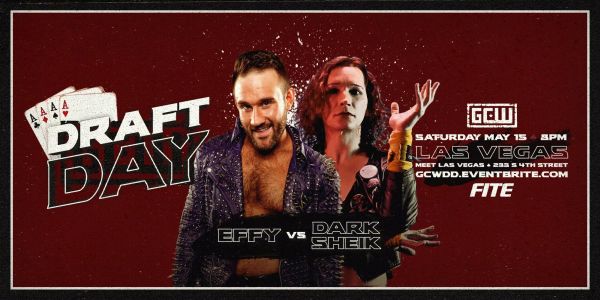 The EFFY Experience Meets the Secret of the West Coast

Two of the most prominent LGBTQ+ representatives in the independent scene will meet at GCW Draft Day. What’s interesting is that, not unlike Rush vs. Charlie, EEFY vs. Dark Sheik is another first-time singles encounter. EFFY has been a staple of GCW since 2019, even hosting fun-filled events with his name attached. “The Weapon of Sass Destruction’s” influence across the country can’t be denied. Most recently, at GCW Ashes to Ashes, he teamed with long-time friend, Allie Kat, to battle the hard-hitting duo of Ironbeast. At Draft Day, he will take on an indie wrestling legend of sorts in Dark Sheik.

An Iranian-American independent wrestling star, Dark Sheik has made waves in her own right. She is the owner of Hoodslam, an Oakdale, California-based promotion, which she started in 2010. EFFY himself even touted Sheik as “the godmother of this alternative wrestling,” which is indicative of his respect for her. Sheik didn’t start appearing for GCW until this past October, when she worked EFFY’s Big Gay Brunch, taking on fellow LGBTQ+ star Still Life With Apricots and Pears, currently known as Edith Surreal. Sheik went on to work other EFFY-led events since then, but at Draft Day, she will take on the man himself for the first time. 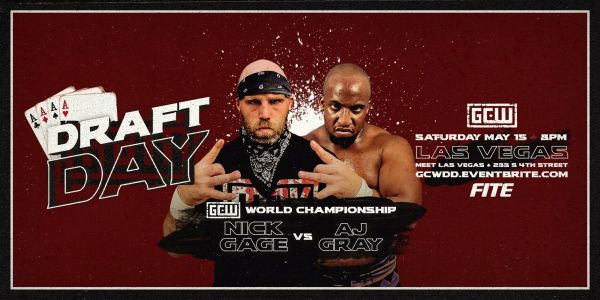 MDK will be represented at Draft Day, as Nick Gage defends the GCW World Championship against AJ Gray. As GCW’s conquering hero of sorts, Gage recently defended his title against Jordan Oliver, as mentioned earlier. This was his first in what may very well be a long line of successful title defenses for “The King of Ultraviolence,” who won the title from Rickey Shane Page at rSpring Break. Gage’s intensity and willingness to take things to the extreme, even at the cost of his own body, can’t be denied. The independent wrestling world is brimming with challengers, however, and few are as hungry as “Rich Homie Juice” himself.

AJ Gray’s journey to the GCW World Championship has been a lengthy one. Long-time fans of the promotion will remember what should have been a crowning achievement at Long. Live. GCW., which took place in 2019. On this night, he bested Gage for the title, only to lose it to the nefarious Rickey Shane Page mere moments later, resulting in a heartbreaking moment for Gray and indie wrestling fans alike. Since then, Gray has been slowly but steadily scaling the proverbial mountain he was atop for only a brief period, winning the vast majority of his GCW matches over the past several months. Heading into this showdown, one thing is certain: neither Gage nor Gray will go down so easily.

Stay tuned to the Last Word on Pro Wrestling for more on this and other stories from around the world of wrestling, as they develop. You can always count on LWOPW to be on top of the major news in the wrestling world, as well as to provide you with analysis, previews, videos, interviews, and editorials on the wrestling world. GCW Draft Day is set to air on Saturday at 8 PM EST on FITE.