COVID-19 restrictions have wreaked havoc on the Starodm schedule, especially the Cinderella Tournament which was originally due to take place in April.  Instead, the tournament is being split across a few shows with round 2  and the Quarter Finals taking place at Korakuen Hall on May 14 with the remaining rounds taking place at a later date.  This show also features the beginning of a tournament to crown a new Future Of Stardom champion.  Without further ado let’s take a look at the card for Cinderella Tournament Round 2.

Tam Nakano vs Natsupoi vs Hanan vs Lady C 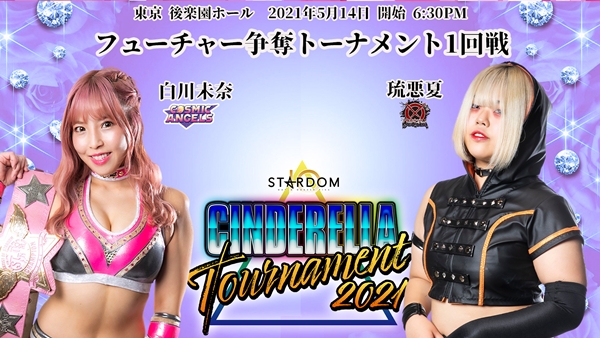 An unfortunate major injury to Saya Iida has left the Future Of Stardom Championship in limbo.  Stardom has now announced a 7 woman tournament to crown a new champion which kicks off at Korakuen Hall as Ruaka takes on Mina Shirakawa.  Ruaka goes into this one as our favorite as she seems more likely to win this title than Shirakawa who has kind of outgrown the Future division due to being one of the only members in Cosmic Angels. 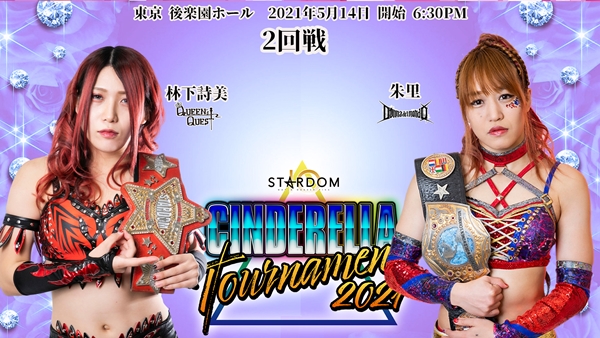 Syuri and Hayashishita have had a feud brewing for the last few weeks with the two clearly on a collision course for a world title match eventually.  We see this one going to a draw and knocking both women out of the tournament, their last match in the 5STAR Grand Prix also ended in a draw.  This would see Unagi Sayaka instantly go through to the semi-final and seems like a logical move to set up their world championship match.

Cinderella Tournament Round 2: Giulia vs Maika 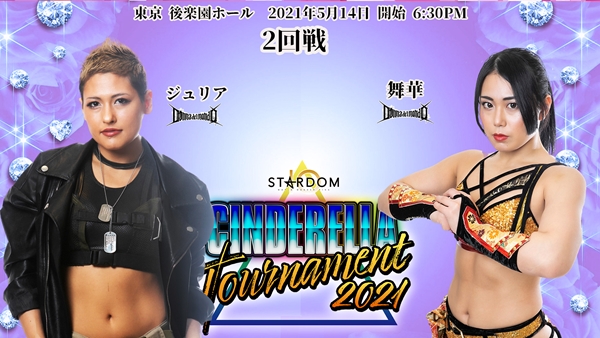 Donna Del Mondo teammates collide in a match that seems primed for an upset win for Maika.  Our current projections have Maika meeting Saya Kamitani in the final so an upset win for Maika is needed in this match and would serve as the best way to eliminate Giulia.  Giulia has been dominant since her arrival in Stardom but her faction mates seem to be immune to her domination and a loss to Maika here would continue that trend for Giulia. 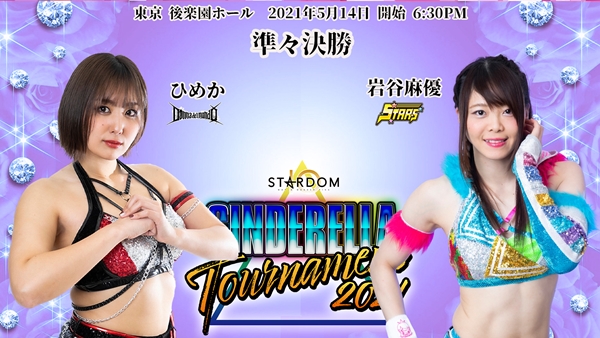 For the second tournament in a row, Himeka meets Mayu Iwatani.  Iwatani won their match in the Grand Prix but we predict Himeka walks away the winner this time.  Himeka presents a strong but beatable challenge on Kamitani’s presumed road to the final and Iwatani is busy with Oedo Tai so can’t be tied up in this tournament.