At WrestleMania 37, Bianca Belair and Rhea Ripley both won their first main roster championships. Belair main evented night one against Sasha Banks, winning the SmackDown Women’s Championship, while Ripley defeated Asuka on night two in the co-main event to win the Raw Women’s Championship. They were major moments for both wrestlers, but very well seem to be much more than that. Their parallel careers have seen them rise through NXT to the main roster and with the title wins at WrestleMania 37, it seems that they are officially powering the WWE Women’s Division to a brand new era. A new era just as bright as their futures. Let’s take a deep dive into how they got here and why this new era could be the best version yet.

Nearly Parallel Rises to the Top of WWE 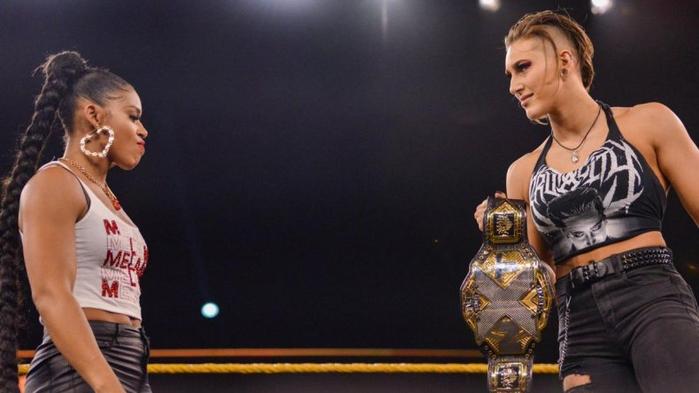 For almost anyone now that enters WWE, the Performance Center and NXT are on your road to the main roster. When it comes to Bianca Belair and Rhea Ripley, it was exactly that. While Belair’s athletic background is what brought her to WWE, Ripley was signed out of Australia after over four years of performing on the independent circuit there. The most interesting thing about these two roads to the top and how parallel they are is that both women had their first televised singles match in the first-ever Mae Young Classic. Belair and Ripley both won their first matchups while losing in the second round — Belair lost to eventual winner Kairi Sane, while Ripley lost to Dakota Kai. It seemed as though that these two would be locked into a parallel career path without anyone realizing it.

They would begin to rise up their respective shows, as Belair became a regular on NXT, showing off her incredible athletic ability and oozing charisma, and Ripley would refind herself in the second Mae Young Classic, becoming “The Nightmare” we know today. The only part of their careers that didn’t seem to match up was the accolades aspect, as Ripley would become the first and only woman to win the NXT United Kingdom and NXT Women’s Championships, while Belair happened to come up short on a few occasions despite a long-lasting undefeated streak in NXT. Belair also had a star-making performance in the 2020 Royal Rumble, setting the record for most eliminations at eight. Their parallel rises to the main roster would really hit at the same time in the early part of 2020 when they would be pitted against each other for the first time. 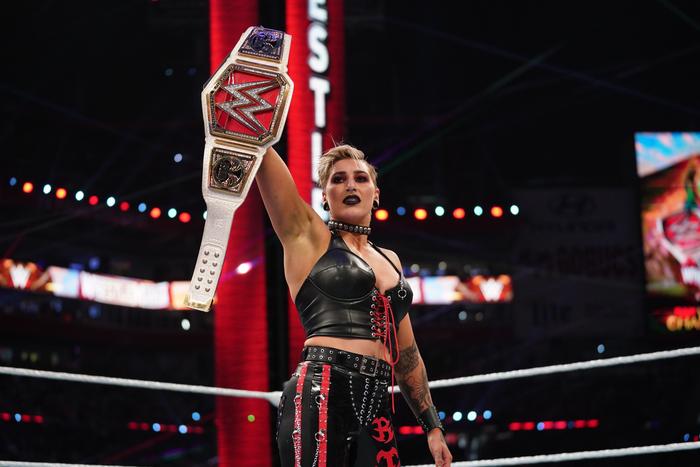 That would ultimately end up being Belair’s final NXT TakeOver, as she challenged Ripley for the NXT Championship at NXT TakeOver: Portland. Ripley managed to walk out as the better woman that night but sure showed that the women’s division was going to be in good hands down the line. At WrestleMania 36, they would both make a major splash as Ripley would face Charlotte Flair for her NXT Women’s Championship, while Belair would officially move to the main roster by helping make a save for The Street Profits. Within the next year, they would both rise to the respective championships of Raw and SmackDown at WrestleMania. After all, it was the 2021 Women’s Royal Rumble that saw the two women in the final two of the entire thing, proving the future was now.

In separate interviews with GIVEMESPORT, both Belair and Ripley discussed how this new phase of the women’s division was being led by them.

Belair started it off following her Royal Rumble win:

“Being in the final two of the Women’s Royal Rumble match with Rhea Ripley was an incredible moment,” Bianca said in the interview, as transcribed by GIVEMESPORT’s Oliver Browning. “It was just two women who are of a new generation being the last two standing, showing what the future holds.

“It’s super weird to me, I take things in but I take things in a lot slower than other people and I hear things going on around me and people saying stuff. I always say, ‘Nah, that’s not going on’,” Ripley said in the interview, again transcribed by GIVEMESPORT’s Oliver Browning. “Then I step back and think, ‘Yeah, we could be a part of this new women’s division coming up’. I really am so proud that it’s us [leading it] and it’s wild to think I’m making that impact. I don’t really look at myself like that, or look at myself as anything special, but it’s wild to think that everyone around me is pointing this out.

“I’m like you know what, it’s true. Bianca and I are the future and we’re going to show everyone exactly what to expect in a few years.”

They recognize that this is their moment and they are the ones who control that. Which made them the perfect two for this moment.

Bianca Belair and Rhea Ripley were always destined to be the two women to help push the women’s division to new heights and take the pressure of the Four Horsewomen, who had been at the top for the past five years. The scene where they both stare at each other as they try to avoid elimination in the Royal Rumble showed that they knew what was on the line and what they were accomplishing. When it came down to it, it was Belair who got the last laugh and made up for that loss a year prior in their NXT Women’s Championship match, as she won the Women’s Royal Rumble and set records doing so. 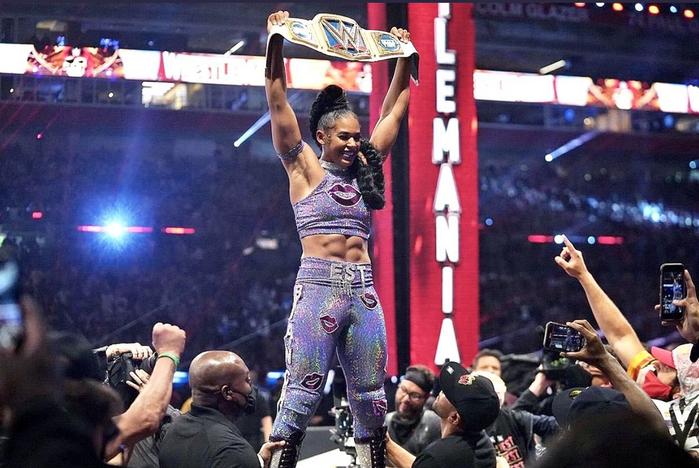 However, Ripley would not allow Belair to be the only shining star at WrestleMania, as she laid down the challenge to Asuka for the Raw Women’s Championship, solidifying that the future was really now as both women would fight for the major titles of the top shows in WWE. Monumental, and the fact Belair main event WrestleMania 37 only enhanced what these two legacies will be. While Ripley had the early success in NXT, Belair was able to win the Royal Rumble and main event “The Showcase of the Immortals.” And all of that led to their title wins that put the world on notice that the new era is here for the women’s division.