For the first time since February of 2020, World Wrestling Entertainment‘s main roster hosted a live crowd for a wrestling event in the home of the defending Super Bowl Champion, Tampa Bay Buccaneers for WrestleMania 37. The excitement was indeed real and the audience, wrestlers, and analysts alike felt the genuine love of this moment in the hope of normalcy after a tough year that the world has faced. WrestleMania for the second time, decided to do a two-night event highlighting the best of the best WWE has to offer as the culmination of its regular season.

The Main Takeaway From WrestleMania 37 Nights 1 & 2

All this build-up, all this story, all of this time invested in this character that was The Fiend and Alexa Bliss all for him to come back and lose against Orton… again?!?

What was the exact point of this if Wyatt wasn’t going to win at all? This situation goes alongside the long list of woes many fans and analysts share about the consistent misbooking of Bray Wyatt.

It seems like no matter what Wyatt does to get back any momentum, something stops it. 2014 unfortunately was stopped by a John Cena loss at Mania 30. Wyatt’s first WWE Championship coincidentally stopped at the hands of Orton at Mania 33, Hell in a Cell 2019 vs. Seth Rollins, Goldberg at Super Showdown, there are so many situations where it seems like Wyatt gets a shot to succeed and then he falls miserably. 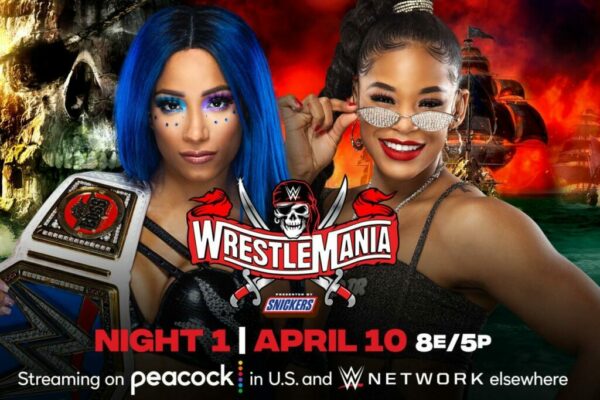 When the world title matches do well, it indeed makes the event better in execution. As a fan, night one gave us two great championship matches with McIntyre/Lashley starting the show and Belair/Banks closing the show. A well-executed night of excitement was bookended by both of these matches.

Night two’s world title matches didn’t have anything to be ashamed of. Rhea Ripley continued her brutality as she became Raw Women’s Championship in her second WrestleMania appearance and Roman Reigns stood tall in a surprising booking decision having both Edge and Bryan lose. Puzzling, but the right decision. However, unless Cesaro is the next to challenge the “Tribal Chief,” that leaves a massive hole in the SmackDown title picture with Reigns simultaneously pinning Edge and Bryan. Who would’ve thought that Roman being on top at WrestleMania as a heel wasn’t the worst-case scenario?

Regardless, the world title matches delivered as a whole with Ripley/Asuka being the weaker of the four, but it still maintained intensity and redeemed Ripley after her loss at WrestleMania 36 to Charlotte Flair. Banks/Belair is easily the match of the weekend despite stiff competition between both WWE and Universal Champions.

2.99.) Black Excellence in Wrestling has Really Hit Its Stride

Editors Note: This section is personal and specific to Brandon Gordon, author of this article: One can admit to their biases when it comes to this subject, being a POC and now a writer for the business of professional wrestling who grew up as a kid loving this genre of sport and entertainment, representation indeed matters to me.

This weekend WrestleMania saw the WWE, Smackdown Women’s, Raw Tag Team, and Intercontinental Championships defended with at least one Black wrestler in each match. Bianca Belair and Sasha Banks main eventing a WrestleMania is a first for two Black wrestlers in general and is only made better by them being two Black women.

Bobby Lashley became the first Black wrestler to retain the WWE Championship at WrestleMania as The Rock is 0-3 as defending WWE champion at the Showcase of Immortals.

The reason for the aforementioned “representation matters” point is to give the younger generation a sense of hope seeing people who look like them being in the positions they are in. It shows the future generations that they can do this too. It also brings new possibilities, new fans, and new eyes to the product in many different aspects as well.

3.) Night One was MILES better than Night Two

Night one was more so a feel-good event versus night two where a lot of the show was extremely deflating.

Night two was a victim of playing catch-up. The first two matches especially downgraded the card immensely. Orton vs Fiend seemed pointless in execution. The Women’s Tag Tem Championship match never hit second gear and the wrong team won, the constant catch-up night two endured hurt vs night one where that show was just hit after hit after hit.

Ultimately, both shows were good, above-average affairs and it showed when it mattered the most how crowds, timing, and booking makes a difference.