IMPACT Wrestling moves home to Thursday nights with Kenny Omega making his televised in-ring IMPACT! debut when he teams with the Good Brothers to take on Rich Swann, Willie Mack, and Eddie Edwards.  The Knockouts division will be represented in a 6-woman tag while Violent By Design and James Storm‘s crew continue their feud.  Lets take a look at the card for IMPACT! 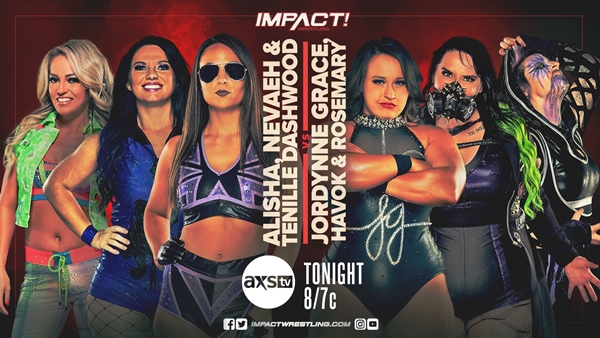 Last week Nevaeh turned on Havok, splitting up their team and putting herself in Havok’s crosshairs.  The two will meet for the first time since then in six-woman tag team match action with some of the KO divisions’ big hitters in action.  The team of Grace, Havok, and Rosemary would have the edge but Dashwood and Kaleb with a K could pull it out of the bag for their team. 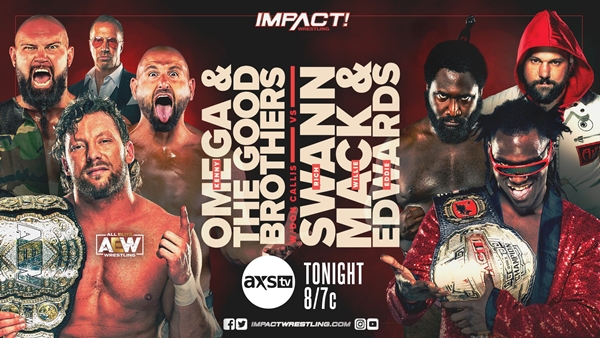 Ahead of their clash at Rebellion Kenny Omega and Rich Swann will once again face off in six-man tag team action.  The first time those two squared off Swann’s team had to deal with the late switch of Alex Shelley for Moose, this time around Swann’s team has remained intact as his regular tag partner Mack and former IMPACT World Champion look to represent IMPACT against the invading force of Omega and AEW.  Will Omega get a win over the IMPACT Champion or will IMPACT finally start to mount a comeback?

Stay tuned to the Last Word on Pro Wrestling for more on this and other stories from around the world of wrestling, as they develop. You can always count on LWOPW to be on top of the major news in the wrestling world, as well as to provide you with analysis, previews, videos, interviews, and editorials on the wrestling world. You can catch IMPACT Wrestling on Thursday nights on AXS TV and BTI, as well as all the time on IMPACT Plus.