On April 10th ICW No Holds Barred holds another event under the IWTV Showcase of The Independents banner and somehow they keep bringing the fire.  While their first show features THE New Jack and returning Carnage Crew in action, their next two take their Pitfighter concept to the WrestleMania week stage, and finally volume 12 Farewell to The Pawn Shop is the authentic ICW NHB experience with some of the toughest SOB’s around battling it out in an NHB ring.

Orin Veidt vs AKIRA (Update: AKIRA has tested positive for COVID-19 meaning he is off this event) This match is now Orin Veidt vs “The Bev” Bobby Everly

Neil Diamond Cutter vs Jeff King Update: Jeff King is no longer appearing on this show.  Tank is his replacement 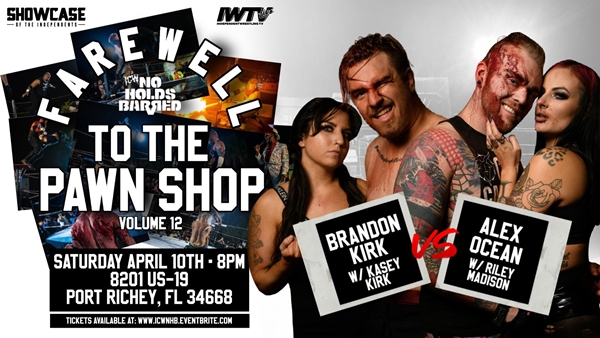 Two of the most hated pairings in ICW:NHB will collide here as Brandon Kirk, accompanied by Kasey Kirk takes on Alex Ocean, accompanied by Riley Madison.  Brandon Kirk has the experience advantage as he has been wrestling longer than Ocean and has been a part of the deathmatch scene for much longer than Ocean.  The real question here is who will the ICW faithful cheer for in a battle of two of the most hated members of the regular roster. 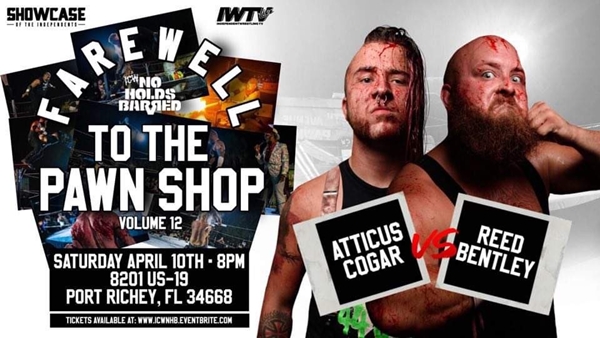 Since rebranding to ICW:NHB Reed Bentley has only tasted defeat in an ICW ring three times, all three times were at the hands of 44OH members.  These two competitors have a 2-1 record in ICW:NHB matches with Cogar leading.  Not only is Reed Bentley looking to even the score with Cogar but there is also some brand supremacy at stake as Bentley is a member of The Rejects while Cogar is a member of the invading 44OH who are the most hated men in all of deathmatch wrestling.  Bentley looks to even up the score in his series with Cogar here while also getting a win in the bag for The Rejects. 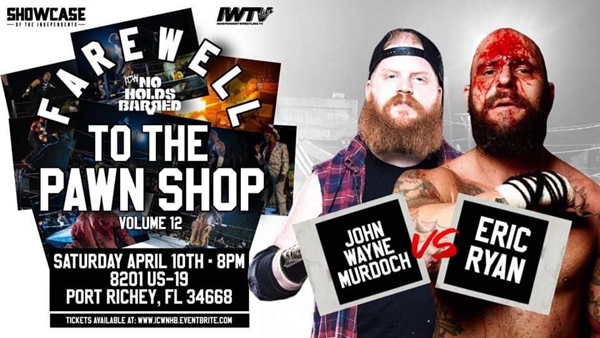 The second meeting of The Rejects and 44OH sees the undisputed heart and soul of ICW: NHB takes on the last person to beat him in an ICW ring.  Murdoch lost to Ryan in January of 2020 in singles action and has not been defeated in ICW since then, now he looks to avenge that one loss that stands out against him.  When these two men last met in ICWeverything was different, Ryan had not yet turned to the dark side and joined 44OH and Ryan had not yet won the King Of The Deathmatch tournament.  In fact, Ryan beat Murdoch in the semi-final of the KOTD tournament by the same means as he beat him in ICW: NHB.  Murdoch needs to win this to finally put Ryan in his rearview mirror, and to score a valuable win for The Rejects over 44OH

Where To Watch ICW NHB Farewell To The Pawn shop

This show will air LIVE on IWTV.  You can get five free days of an IWTV subscription using the code ICWNHB.