TJPW’s show on March 27th will be at Shinkiba 1st RING. Maki Itoh will make her return from being featured on AEW. Here’s a rundown on the action set for this upcoming TJPW Shinkiba 1st RING event. 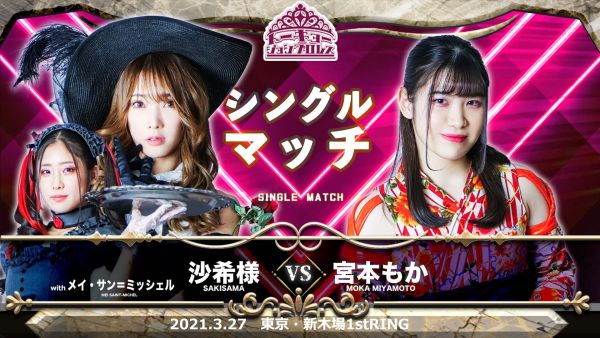 The TJPW Shinkiba 1st RING event show will open with Sakisama making her return with Mei Saint-Michel in her corner to take on Moka Miyamoto. Miyamoto recently lost to Mizuki in the opener to the last show. Although she tried her best, she could not get the victory. With how dominating Sakisama has been as of late, Miyamoto doesn’t seem to stand much of a chance. This will be a typical fun opener for TJPW and will more than likely see Sakisama pull off the win, maybe with some added shenanigans from Michel. 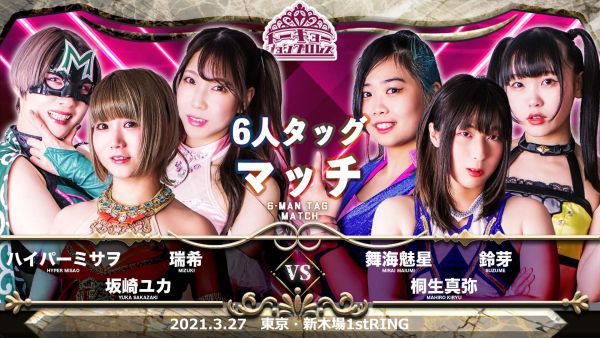 The Magical Sugar Rabbits, Yuka Sakazaki and Mizuki, are back together alongside the superhero, Hyper Misao. At the previous show, Sakazaki had an excellent showing in the threeway she lost that featured Shoko Nakajima and her opponent in Suzume. However, during that match, Suzume didn’t quite get a lot of ring time besides taking the pin. Both Mirai Maiumi and Mahiro Kiryu have been on the losing end of matches from the previous show. Unfortunately, their losing ways may continue as it looks like the stronger team of Sakazaki, Mizuki and Misao will pull off the win.

The International Princess Champion, Yuki Kamifuku, is back for this match, teaming with Arisu; the latter has been improving immensely since her debut in January. Additionally, while Marika Kobashi has slowed down a little, she has been doing well. On the other side is Nao Kakuta, who picked up a win in the last show. She will team with Shoko Nakajima, who also picked up a win, and Haruna Neko, who was on Kakuta’s winning team. This should be a fun bridging match to lead into the bigger matches on the card. 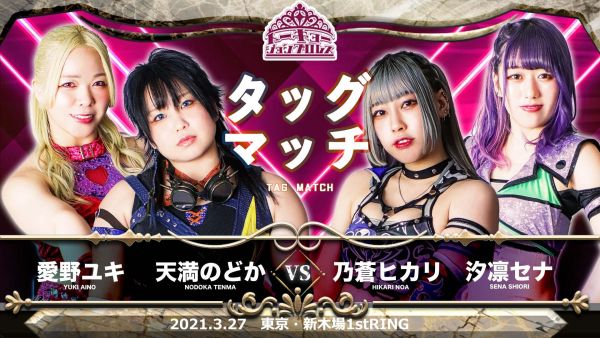 In the lead-up to their title defense against NEO Biishiki-gun, Nodoka Tenma and Yuki Aino take on Hikari Noa and Sena Shiori. The BAKURETSU Sisters have strung together multiple wins in the past couple of shows, cementing themselves as one of the strongest teams in TJPW at the moment. The last time all four of these women have been in the same match was back in November, where Tenma and Aino got the win. While Noa and Shiori have been out proving themselves as a strong team, beating the champions will be a big test for their potential. 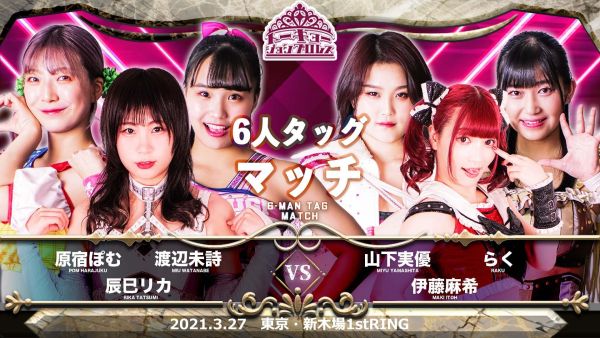 Maki Itoh finally returns to TJPW after her short excursion to AEW. She teams up with Miyu Yamashi after leaving her to go to America after they lost the finals of the Max Heart Tournament and Up Up Girls’ Raku. This is quite an interesting team – typical of TJPW – and should have some interesting dynamics when it comes to in-ring work. Perhaps Itoh and Yamashita will even join in with Raku’s Goodnight Express.

On the other side of the ring is Raku’s UUG teammate, Miu Watanabe, Princess of Princess Champion Rika, and Pom Harajuku. Both Harajuku and Watanabe have been doing well in terms of their in-ring quality. This match will be the first time Tatsumi and Itoh square off on their road to the big championship match happening in April. With “Itoh-chan” getting even better in the ring as time passes, there’s a chance she could once again upset the champion in this match.