The effects of last Saturday’s Sacrifice will be apparent throughout tonight’s episode of IMPACT Wrestling. The biggest news coming out of the pay-per-view is that Rich Swann is now the Unified IMPACT/TNA World Champion and will be challenging AEW Champion Kenny Omega next month in a title versus title match. Swann is sure to be on this show, hopefully, able to celebrate his win without interference. Sacrifice also introduced new IMPACT World Tag Team Champions, who will be in action tonight as well. Plus, a 12 Knockout tag match and a bout between former partners will both take place. Here is everything to look forward to on this week’s episode of IMPACT Wrestling on AXS TV. 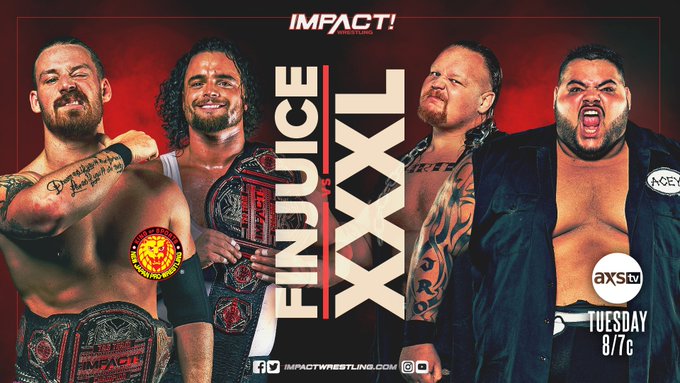 The most shocking outcome of this past Saturday’s Sacrifice was the title change in the tag division. Indeed, former IWGP World Tag Team Champions and current NJPW stars David Finlay and Juice Robinson upset Luke Gallows and Karl Anderson when they took advantage of The Good Brothers‘ lack of preparation and overconfidence, gaining the titles for the first time in either man’s career.

While the team of Larry D and Acey Romero have shown a different, more aggressive attitude the last couple of months, FinJuice has thus far been unbeatable in IMPACT. However, there is no doubt that The Good Brothers will have some say in the outcome of this match, which may lead to the spoilers being spoiled. If XXXL somehow picks up the win over the new faces of the tag division, they will be sure to be next in line for the titles. 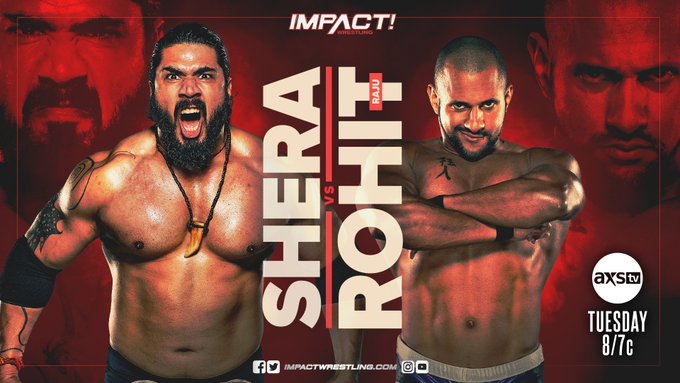 On last week’s episode of IMPACT Wrestling, the mixed team of Chris Sabin and James Storm (Beer Gun) picked up a decisive win over Rohit Raju and Mahabali Shera. The ending came after a miscommunication between Raju and Shera, where Shera blind tagged himself in, which led to infighting between the pair. Now, the former partners will duke it out one-on-one, confirming that their arrangement may now be over.

Raju and Shera originally teamed a few years ago as members of the Desi Hit Squad. Along with Raj Singh and their manager Gama Singh, the team dominated briefly before quietly disbanding in 2020. Shera would return earlier this year to help Raju in his rivalry against TJP for the X-Division Championship. The sudden and quick implosion of the pairing is very surprising. However, this match has the potential to be great considering the history between the two. 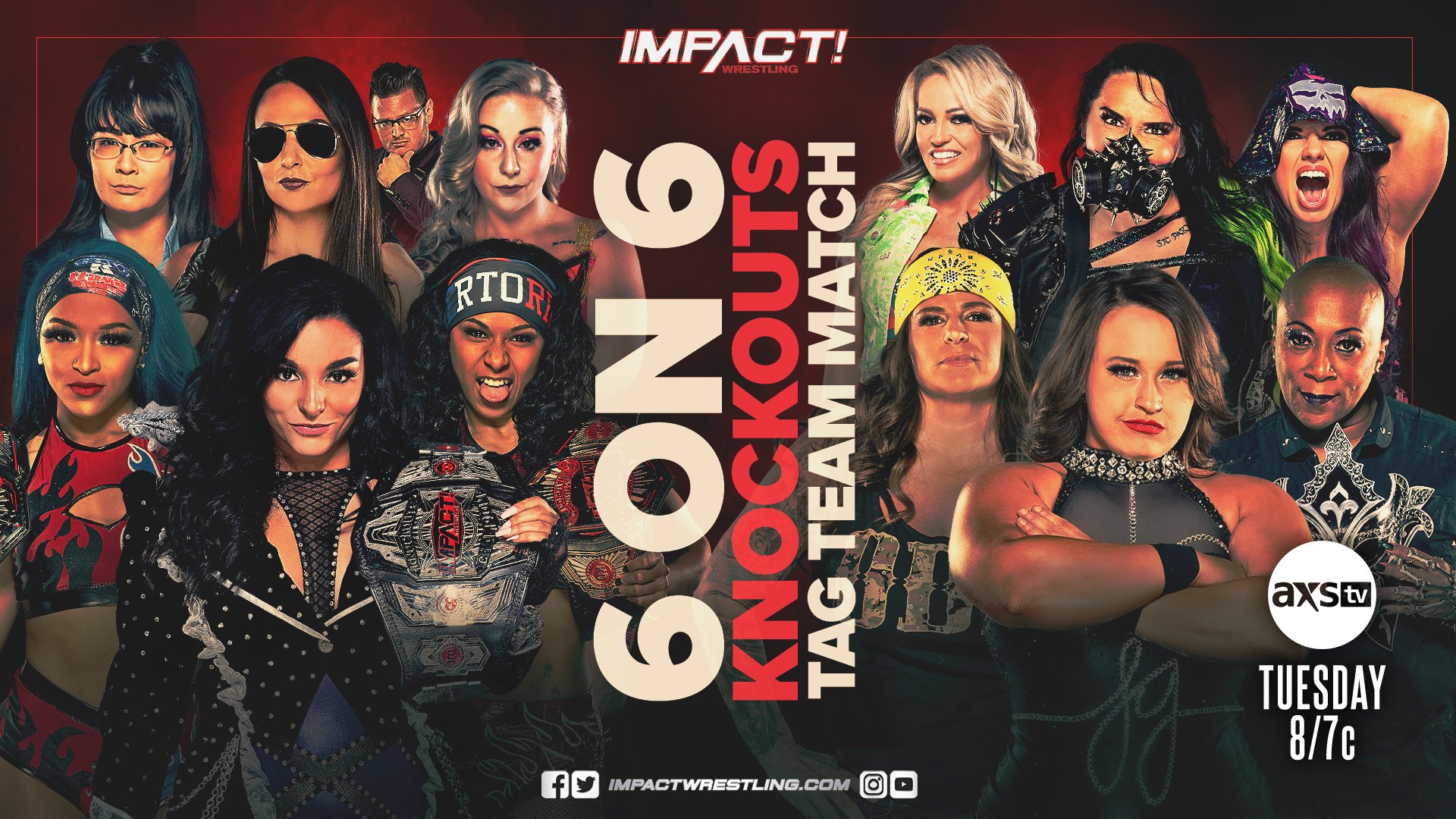 Following Tenille Dashwood and Kaleb with a K‘s win over Havok and Neveah on Sacrifice, Alicia Edwards and Dashwood confronted Scott D’Amore about a match between the two. Dashwood and Edwards have been feuding since their failed partnership last year. D’Amore would reveal that the two women would in fact be in a match against each other on IMPACT this week, though not in the format the two would have liked.

The trio of ODB, Jordynne Grace, and Jazz all lost their matches at Sacrifice, as did Havok and Neveah. Meanwhile, the opposing side has the victorious knockouts from that show, including the Knockouts Tag Team Champions Fire N Flava and the Knockouts Champion Deonna Purrazzo. The amount of bad blood mixed into this match is sure to make this bout explosive. 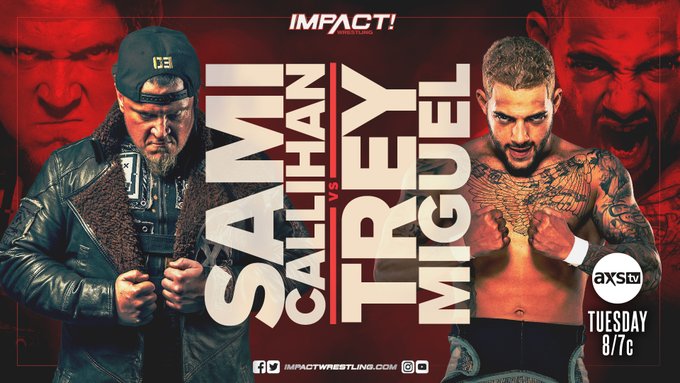 The rage between these two men has been building ever since Trey Miguel returned to IMPACT in January. While Miguel’s former partners Dez and Wentz signed with NXT, he shocked fans by staying with IMPACT Wrestling. However, Sami Callihan has made it his mission to torment and manipulate the mind of Miguel since his return. Callihan has challenged the abilities of the former Rascal numerous times, stifling his confidence while igniting his hatred. Will Miguel be able to overcome his latest demon, or can Callihan fully break his mind and spirit?