Match Point is an on-going series at Last Word on Pro Wrestling, where we look at intriguing matchups in indie wrestling and beyond. They may be dream matches, first-time matchups, or hotly anticipated rematches. In this edition, we will look at the upcoming match between Team Taz, Darby Allin, and the returning Sting at AEW Revolution.

Revolution will be one of the most violent pay-per-views the wrestling business will see all year. Not only will fans witness an Exploding Barbed Wire Deathmatch, but also, a no holds barred, anything goes Street Fight between a rising power in Team Taz and a partnership we thought we would never see in Darby Allin and “The Icon” Sting. Their paths were always destined to cross as Team Taz would torture Allin endlessly with no one by his side to assist him. Sting might have had flashbacks when the same was being done to him by the New World Order (nWo) and decided enough is enough. Revolution will be a memorable one if this match is anything to go by. So let us find out how we got here and how this whole thing started. 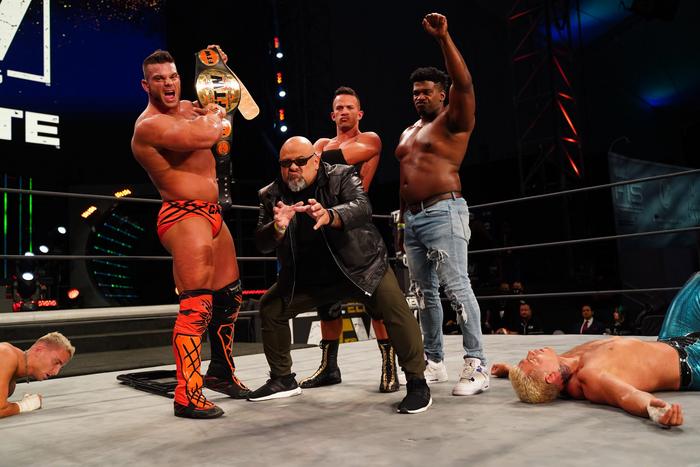 2020 was full of surprises, not only around the world but also in the wrestling business. Last year was a crazy time for everyone and that includes the fans of All Elite Wrestling. They saw Team Taz reform once again but now in AEW. The group’s lineage dates back to Taz’s roots in Extreme Championship Wrestling (ECW). Now, a new collection of monsters steps up for the “Human Suplex Machine” in the form of Brian Cage, Ricky Starks, Powerhouse Hobbs, and his very own son Hook. Taz would mold these talented men in his image. He taught them how to be ruthless, merciless, and above all destructive. The former ECW World Champion would bestow the FTW Championship to Brian Cage as he passed on his once-mighty torch to him. The group hasn’t looked back since and taken out superstars such as Cody Rhodes and Darby Allin. Their reign of dominance was unmatched over a long period of time. There was no end in sight as Taz’s boys were out for blood, night in and night out. Then suddenly, winter came. 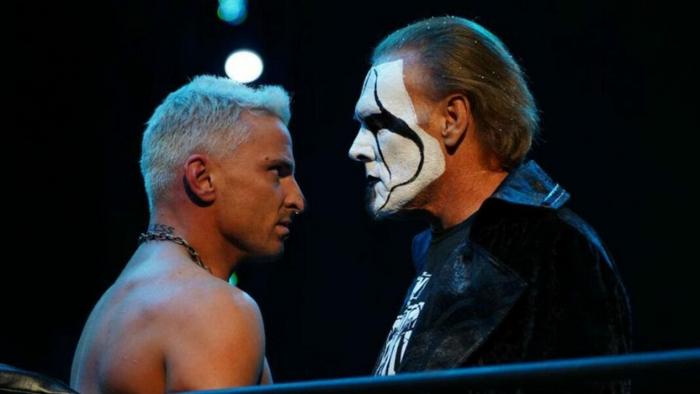 The iconic Sting would make his AEW debut to everybody’s surprise. “Winter Is Coming” marked the return of Sting inside the squared circle after five years out of commission. This momentous occasion was also memorable because it was the first time in 20 years that Sting has been seen on a TNT television show since the demise of World Championship Wrestling (WCW). A staredown between Darby Allin and Sting would soon follow as the bewilderment and intrigue overcame them both. They were connected somehow. And this unspeakable bond would forge their alliance to battle Team Taz at Revolution.

Showdown of Epic Proportions – Cage & Starks Vs. Sting & Allin in a Street Fight at Revolution 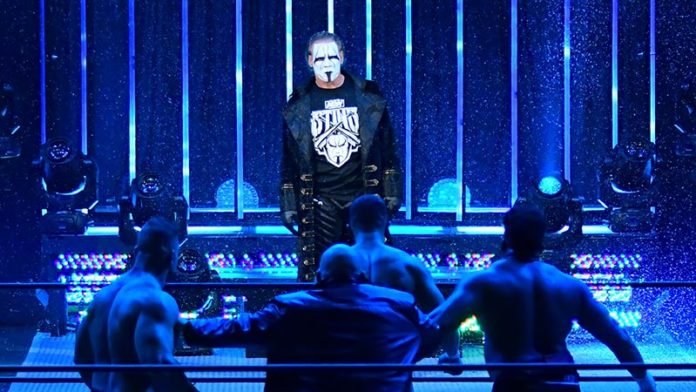 The two teams would trade shots back and forth; nobody was letting up. Both parties engaged in a war of words as well as physical confrontations throughout the months leading to Revolution. Team Taz took it a step too far when they put Allin inside a body bag and then chained the TNT Champion to the back of a truck and high-tailed on out of there with him being dragged at full speed. Sting took exception and tried to confront them the following week. His efforts brought him nothing but pain as fans saw “The Machine” Brian Cage powerbomb the legendary WCW star. Sting was looking up at the lights as Team Taz stood tall.

But karma is a certain “B” word. Darby and Sting served a dish best served cold as Sting would come out with a body bag and dragged it to ringside to Team Taz’s horror. And wouldn’t you know it, inside the bodybag laid Taz’s son Hook.  As Darby would come down from the rafters, he and Sting would make a statement and take out Cage and Starks. Sting would hit his legendary Stinger Splash and Scorpion Death Drop on Cage. Thus, getting even only weeks away from their much-anticipated showdown.  Something’s got to give but rest assured it won’t give that easily. One of the most highly-sought after matches in recent memory. It’s Sting and Darby Allin vs. Brian Cage and Ricky Starks in a Street Fight at AEW Revolution!