On Wednesday, WWE formally announced their latest Performance Center recruiting class. Headlined by top names including Taya Valkyrie, Blake Christian, Priscella Kelly, Anthony Henry, Bronson Rechsteiner, and both well-known indie wrestlers and NCAA standouts, this class is WWE’s largest in history and also features the most amount of female recruits of any previous class. Without further ado, here is the largest WWE PC Class yet.

At just 23 years old, AQA, has a bright future ahead of her.  Her most prominent work has come for Booker T’s Reality Of Wrestling where she was a marquee name in their Diamond (women’s) division.  She even became a two-time ROW Diamond Champion.  She debuted for women’s wrestling powerhouse SHIMMER Wrestling in 2019 and after spending much of 2020 on the shelf, she is set to take her talents to the WWE where she is guaranteed to become a major star.

Initially, Anthony Henry had the wrestling world believing he would retire at the end of 2020.  Instead, Henry is leaving the independent scene for the WWE after 13 years as a full-time independent wrestler.  His early days were spent wrestling for some NWA affiliates, primarily NWA Anarchy, but his most high-profile run came as part of EVOLVE. In EVOLVE, he formed a tag team with JD Drake with the two known as the Workhorsemen. The duo would hold tag team gold in a number of promotions, including a record-breaking reign in Freelance Wrestling.  Henry was also champion for EVOLVE affiliate Full Impact Pro for 509 days, the second-longest in title history. Henry brings a wealth of veteran experience to the ring and will no doubt be an asset to NXT moving forward.

Blake Christian burst onto the scene when he began working for Game Changer Wrestling in 2019.  He became one of the top names on the US indie scene almost overnight which led to him wrestling for New Japan Pro Wrestling on their US-based events.  To start off 2021 he has been taking part in IMPACT Wrestling as part of their X-Division, he was the losing finalist in the Super X Cup.  One of the fastest rising stars in pro wrestling, Christian brings an incredibly exciting style to the ring and will no doubt continue to impress in WWE, the way he has in the indies.

Taya Valkyrie has had a lot of success per-WWE.  Her first major run came in AAA, where she won the Reina De Reinas title in 2014 and held it for almost 1,000 days.  She then became one of the main heel acts in the company as part of Worldwide Underground alongside real-life husband John Morrison, then Johnny Mundo.  This work led to the two joining Lucha Underground and bringing the stable back as they once again had high spots on the card.  Most recently she has been in IMPACT Wrestling where she became the longest-reigning Knockouts Champion after defeating Tessa Blanchard for the title in 2019. Valkyrie, who is a classically trained ballerina and who was trained in wrestling by Lance Storm, brings 11 years of experience to the ring.

Dubbed the “next big thing” due to his similarities to Brock Lesnar, all eyes are on Parker Boudreaux.  At just 22, the former NCAA football offensive lineman from the University of Central Florida has it all ahead of him. Names like Jim Ross and Paul Heyman have openly praised Boudreaux, who has the size and look to succeed in this industry.

The son of Rick Steiner, Bronson Rechsteiner first showed interest in a career in professional wrestling when he began training in 2019 with his father and Johnny Swinger.  He put off starting his wrestling career as he was signed to the NFL right out of college by the Baltimore Ravens but he was released in early 2020. With a football career in his past, the former Kennesaw State University running back, seems all-in on wrestling. After all, it is the family business as Rechsteiner is a second-generation wrestler, as well as the nephew of Scott Steiner, who joined his brother in winning tag team gold in both WCW and WWE.

Karissa Rivera has previously competed for WWE in a losing effort to Lacey Evans on NXT in 2019. She has also competed in the past for IMPACT Wrestling and Ring Of Honor.   Despite only debuting in 2017 Rivera has competed for those major promotions and even held championship gold on the indies.

Announced as a signing back in December to take part in the Dusty Rhodes Tag Team Classic, Gigi Dolin made her name as Priscilla Kelly on the independent scene.  She previously competed in the WWE as part of the 2018 Mae Young Classic and has competed all over the world for the likes of SHIMMER Wrestling, Pro Wrestling: EVE, and even in Japan for Tokyo Joshi Pro Wrestling.

One of the other names announced early to compete in the Dusty Classic, Cora Jade, made her name on the independent scene as Elayna Black.  Despite only debuting in 2018, the just 19-year-old Jade wrestled all over the US independent scene for companies like Game Changer Wrestling, Black Label Pro, Warrior Wrestling, and even competed on AEW Dark.

The third women’s name announced early that took part in the Dusty Classic was Zoey Stark.  Stark had a run on the indies as Lacey Ryan, where she most notably held the FSW Women’s Championship and defended it on Universal Wrestling Network (UWN) events in 2020.  She has in the past competed for SHIMMER and IMPACT Wrestling.

Christian Casanova has been one of the top prospects on the indies for some time now.  He has the look and the charisma to go far and independent wrestling companies knew that from the jump.  Despite having just six years of in-ring experience, Casanova’s charisma and ability have led to him holding multiple titles as he is the current Limitless Wrestling Champion, the NEW Live Champion, and a triple crown winner in Chaotic Wrestling.

Harlem Bravado is another EVOLVE alumnus making his way to the WWE.  Debuting in 2007, he spent his early years in Ring Of Honor wrestling as part of a team known as the Bravado Brothers with Lance Bravado.  In 2012 and 2013, he toured Pro Wrestling NOAH.  Following his return from Japan, the Bravado Brothers team began to win a number of tag team titles and competed under the WWN banner.  The Bravado Brothers stopped teaming in 2016 which allowed Harlem to chase singles success as he continued to compete under the WWN banner, had a run in the UK with All Star Wrestling, and even competed on a New Japan Pro Wrestling show in the US.  Now, the veteran North Carolina native is taking his talents to the WWE after years of grinding away on the independents. 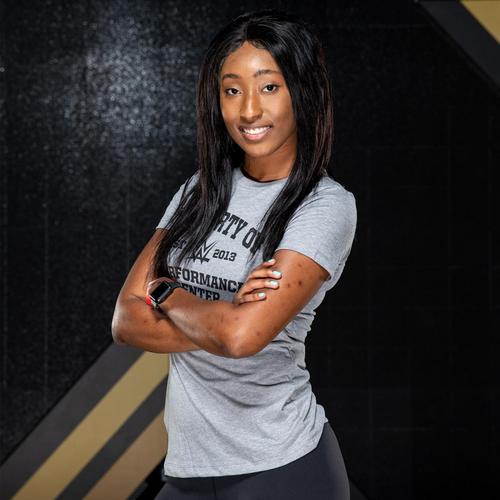 A four-year veteran, Camron Branae comes to the Performance Center having competed within the WWN family. Wrestling on RISE and EVOLVE, Branae, as Camron Connors, made her WWE debut in 2019, wrestling Lacey Evans on SmackDown.

Avery Taylor is also a WWN Live alumna, having competed for EVOLVE, Shine, Full Impact Pro, and American Combat Wrestling. Taylor debuted in wrestling in July of 2016 after training under Jay Lethal and Matt Sydal. She was a two-time ACW Women’s Champion, having held the belt for an astounding 518 days before losing it last December to Allie Recks. The Florida native worked all across her home state and beyond with WWN and had even recently worked for Thunder Rosa’s new promotion, Mission Pro Wrestling. The First Lady of Rock ‘N’ Rumble now looks to move center stage joining WWE as part of this giant class. 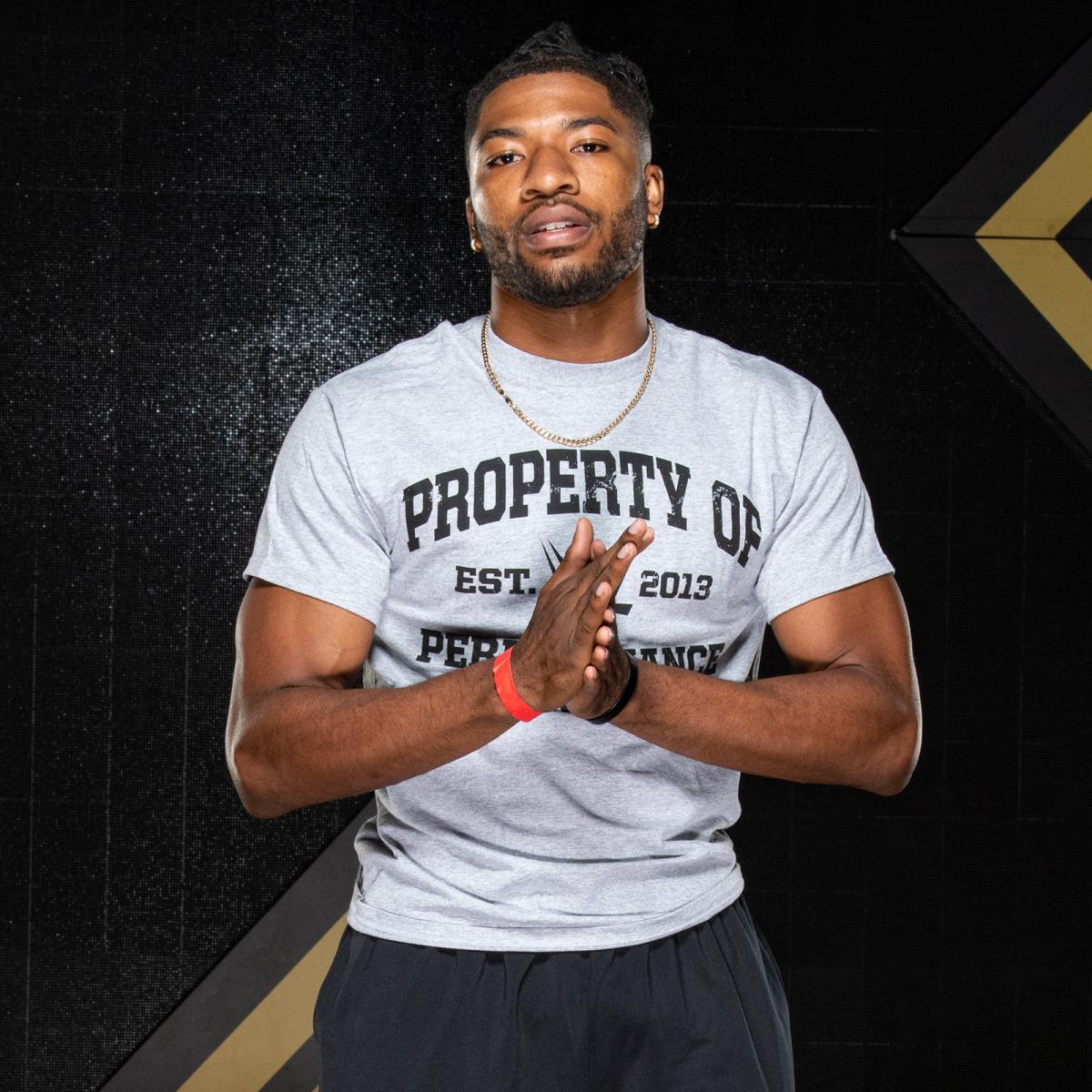 A former NCAA DI football player from the University of South Carolina, the 26-year-old Belton found himself going from college walk-on to getting an invite to the Philadelphia Eagles training camp in 2018, all because of a few chance encounters. While a pro football career didn’t work out for the former wide receiver, Belton, who goes by the moniker, “Sweet Daddy,” brings his frame and athleticism to his new venture in pro wrestling, where he has been training at the CZW Academy.

A former IMPACT World Champion and NWA Tag Team Champion LA Knight made his NXT debut on the latest NXT Takeover.  Drake has a stint in WWE many years ago in their Heartland Wrestling Association developmental territory.  He found prominence in IMPACT Wrestling after leaving the WWE but was also an accomplished performer for the NWA and on the independent wrestling scene where he won numerous championships. 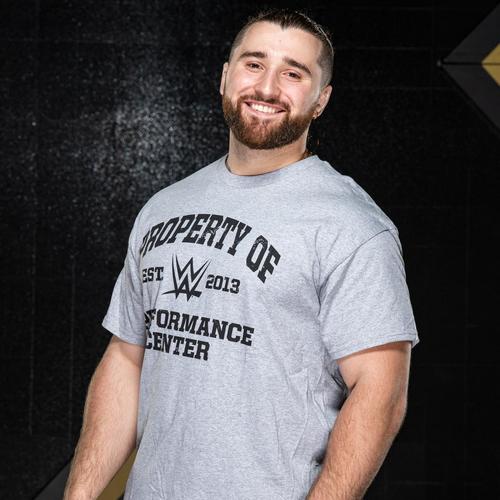 With experience in amateur wrestling at both the high school and collegiate levels, the 25-year-old Joe Ariola is prepared to step foot in the squared circle for the first time. Certainly in possession of the technical skills and ability to succeed, Ariola spent his high school career as an undefeated state and national champion. The Illinois native also found success at the University of Buffalo where he took part in the NCAA’s amateur wrestling championship tournament in 2016. 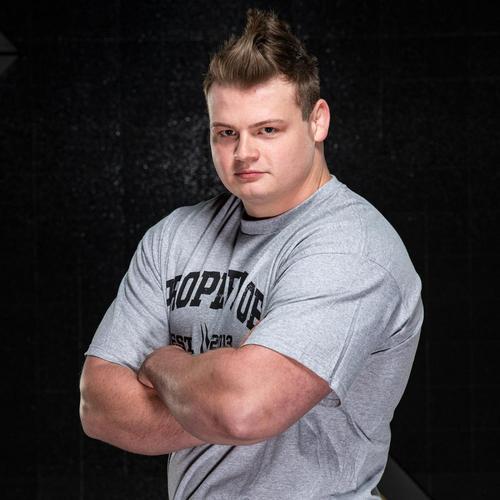 The brother of Jacob Kasper, who joined the Performance Center as part of the October 2020 class, Drew comes to WWE with an impressive amateur wrestling background. A two-time All-American at Otterbein University, Kasper was actually the No. 1 seeded wrestler for the NCAA DIII tournament this past year. The tournament was unfortunately canceled due to COVID-19, but now, Kasper is ready to show those skills in his new career, in pro wrestling.