On Wednesday night’s AEW Dynamite, the first crack in The Inner Circle finally showed itself when original member Sammy Guevara let the world know that he was leaving the group. This came off the event earlier in the night where MJF attempted to get Guevara on audio saying that he hated Chris Jericho. What came from this was Guevara hitting MJF in the ribs and smashing his phone in the process. It would be after Jericho and MJF’s win over The Acclaimed that Guevara would inform the leader of the group that he was officially leaving as MJF had got on his last nerve. Now, we sit at an interesting crossroads to the story.

There are so many ways the group could go, as well as the competitors involved. Both obvious paths and ones that could shock everyone. Let’s take a look.

What Could Be Next For The Inner Circle 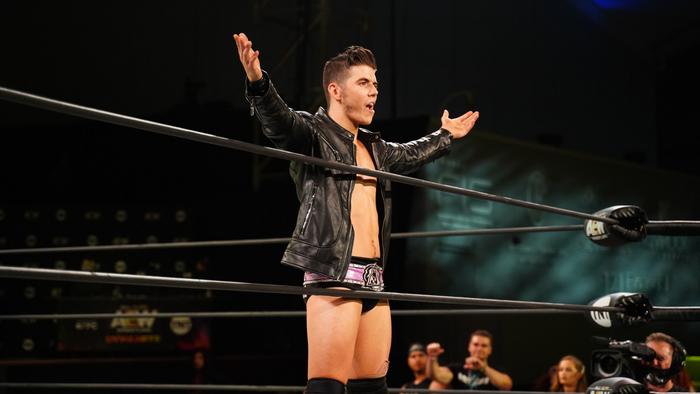 In the theme song of Sammy Guevara, it reads exactly these words. Well, it could be time for him to truly push for his own moments in this world of pro wrestling. He was one of the first signed to All Elite Wrestling and had many pegging him as a future star in the company, maybe even a world champion. His likability mixed with oozing charisma and immaculate in-ring ability sets him up for greatness. His time in The Inner Circle certainly seemed like an opportunity to further his future by learning under the legendary Chris Jericho. Nearly a year and a half after joining the group, he finds himself as the first out of it. And many believe there could be so much more to this story. Well, maybe it’s just time that Sammy Guevara does indeed take flight on his own.

This option does seem to be the least likely, as The Inner Circle has been going off the rails for some time now in terms of nearing some sort of break up. But if the plan was to further the group without Guevara for at least a few more months, this does seem like the perfect time for him to shine. Guevara’s potential is higher than many, and his recent maturity could allow AEW to push him to the top. A TNT Championship win could very well be in play and a continuous growth overall would be likely for Guevara while the group moves on until MJF weasels his way just a little too much. 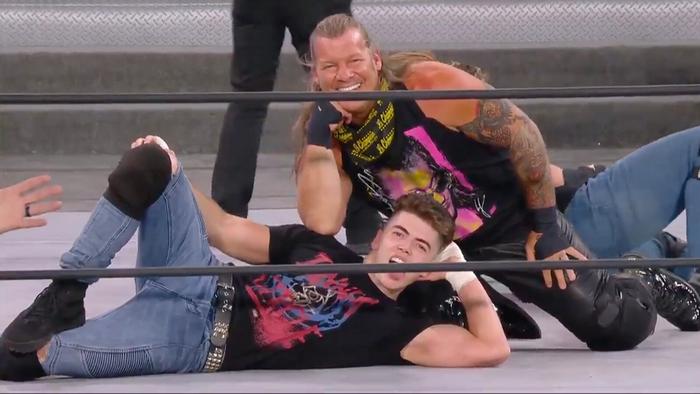 Something that has become clear in recent weeks is MJF’s work behind the scenes when it comes to The Inner Circle. It was last week that he had a closed-door meeting with Jake Hager, Santana, Ortiz, and Wardlow with only Chris Jericho and Guevara missing. Then this week, it was Guevara who stormed in on what looked to be another meeting. MJF is trying something and Guevara seems to be the one onto him while Jericho remains blind to it. As well as that, Le Sex Gods have been brought up more than a few times recently as Jericho passed on Guevara to start teaming with MJF. A move that has clearly affected “The Spanish God.” Revolution is right around the corner and MJF’s past of turning on his partners could very well continue to show.

With The Inner Circle more and more on his side, a failure by Jericho against The Young Bucks could allow MJF to show his true colors. Almost insane to think about, but that’s undoubtedly the story that they are showing here. As Jericho tries and defends himself, Guevara can be the one to make the save of his former mentor and reignite the flame that Le Sex Gods had. A babyface run of the group would be something as they attempt to combat what would be the new Inner Circle. Jericho can re-enter the mentorship role for Guevara, leading to success for both men long term. It’s an idea that many would be interested in considering the popularity of both. 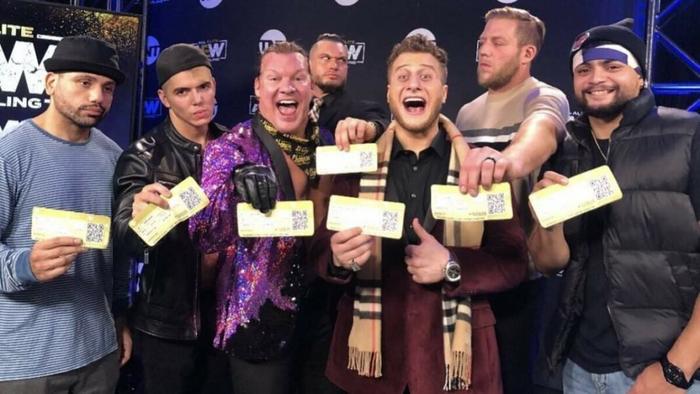 You know it’s coming. The Inner Circle will not last forever. This isn’t Japan. Factions break up and go away for good. And Guevara’s removal may mark the beginning of the end for the group. And for good reason. MJF is a singles star. Wardlow will be a singles star. Jericho would survive just fine on his own as he did for 30 years prior. As you read above, Guevara is going to be a top star in this company. And Santana and Ortiz would be better off on their own, away from the group. Hager, well, he’s there. The likelihood of this group disbanding within 2021 has to be high and is one of the most likely options. 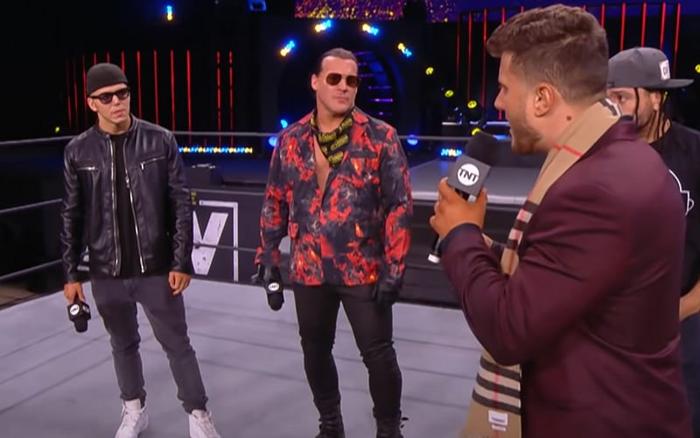 Then there is the ultimate swerve of the entire Inner Circle story. Guevara has been adamant that he and MJF do not click and has pinned him as the reason he left the group. However, that could all be a ruse. With Jericho and MJF set up to face The Young Bucks for the AEW World Tag Team Championships, Guevara’s possible involvement in the match could aid his former group members into a win. This is a very WWE-based booking but one that we have seen throughout wrestling history. Guevara doesn’t need The Inner Circle, making this option the poorest of them all. But expect the unexpected when it comes to professional wrestling. Swerves are always in the cards.