SmackDown is prepared to be saved. Well, it doesn’t really need to be saved like its red counterpart but here we are. Seth Rollins returns to highlight a massive SmackDown with two weeks to go ahead of Elimination Chamber. Here’s the preview for the blue brand. 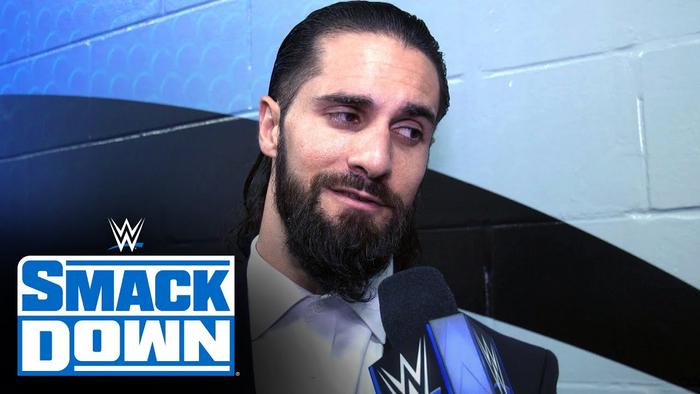 Nov. 22, 2020. Survivor Series. Seth Rollins was a member of Team SmackDown to try and show that the blue brand was superior to Monday Night Raw. As Rollins was tagged in, he got down to his two knees to make the “ultimate sacrifice.” Sheamus hit him with the Brogue Kick and he was eliminated from the match and not seen again until Jan. 31. It was there that he entered the Royal Rumble match and finished third, coming so close to winning his second Rumble. If you want to look back at the first SmackDown following Survivor Series, Roman Reigns showed the world that he was angry. Angry because SmackDown’s roster failed, meaning his show failed. Could this come up in Rollins’ return tomorrow night, leading to a showdown between the Universal Champion and his former Shield partner?

Of course, there is the part where “The SmackDown Savior” attempts to get in the good graces of “The Tribal Chief” or they don’t interact at all. Either way, plenty of excitement should be expected for the return of one of WWE’s signature stars.

Will Becky Lynch wrestle at WrestleMania 37? - Powered By PickUp