IMPACT Wrestling looks to continue its run of unprecedented momentum this week, including some of the most enticing feuds in wrestling today. Thanks to the aid of its partner AEW, IMPACT has gained bigger viewership than it has seen in a long time, thus inspiring motivation for compelling television. With No Surrender (IMPACT’s next special event) just a few weeks away, here is everything on the docket for this week’s episode of IMPACT Wrestling on AXS TV. 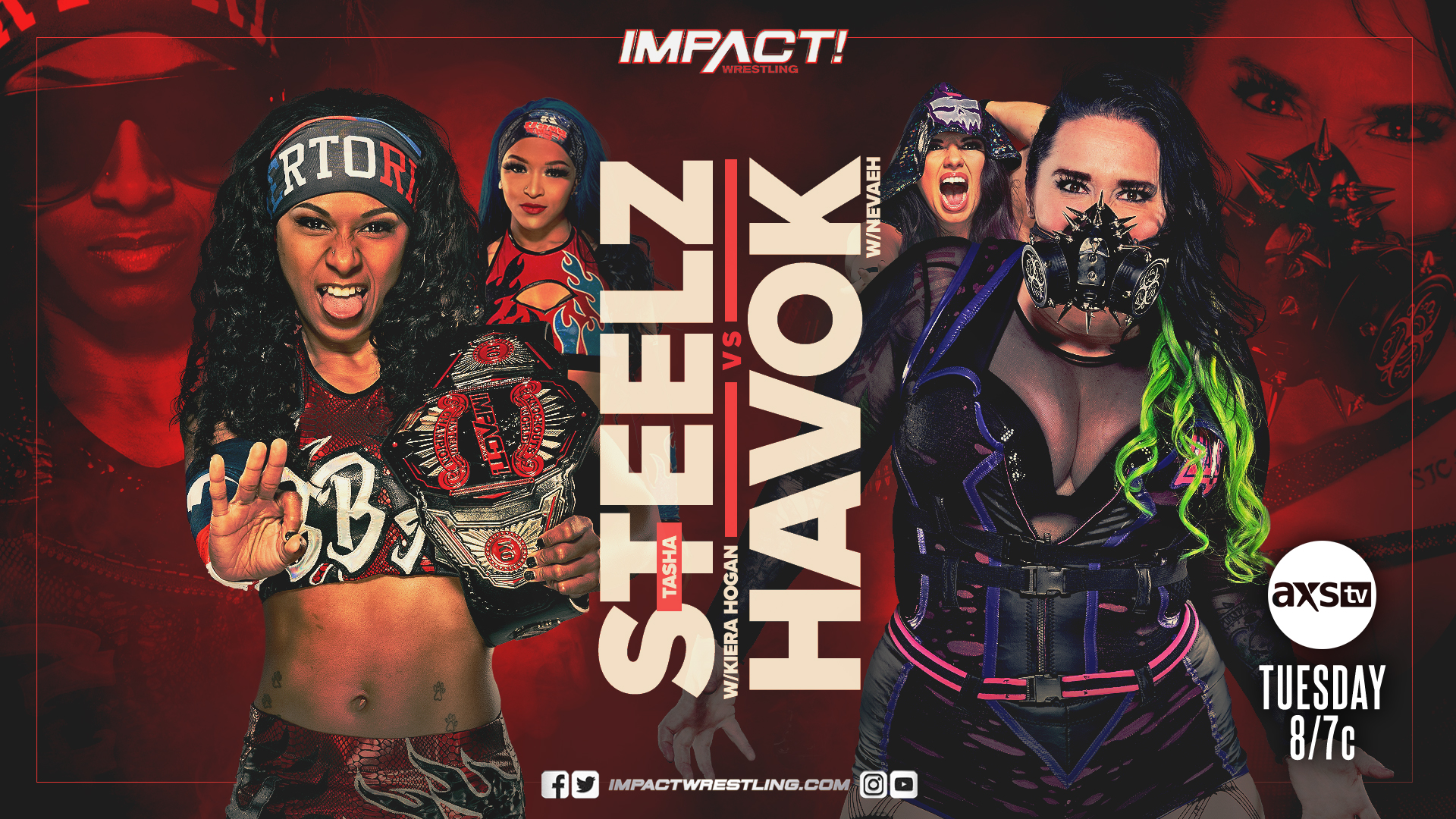 Last week on IMPACT, the new Knockouts Tag Team Champions Fire N Flava hoped to celebrate their win in grandiose fashion with the Fire N Flava Fest. However, not only was the party a dud (with the referee in attendance referring to the party as a “dumpster fire”), but the festivities were also interrupted violently by the team of Havok and Neveah. A couple of weeks ago, the latter team asked the former for an invitation to the Fire N Flava Fest but were rudely rejected by the bombastic duo.

Havok and Neveah took this rejection incredibly personal and crashed Fire N Flava’s party. It is also important to note that Havok and Neveah were the team that Fire N Flava defeated in the finals of the Knockouts Tag Team Championship Tournament to win the titles. Though this would normally mean that Havok and Neveah are no longer in contention, it appears that they may have just forced the fiery teams’ hands. Will Steelz gain a much-needed advantage over one-half of her bitter rivals? How will the non-competing team members interfere in the match? 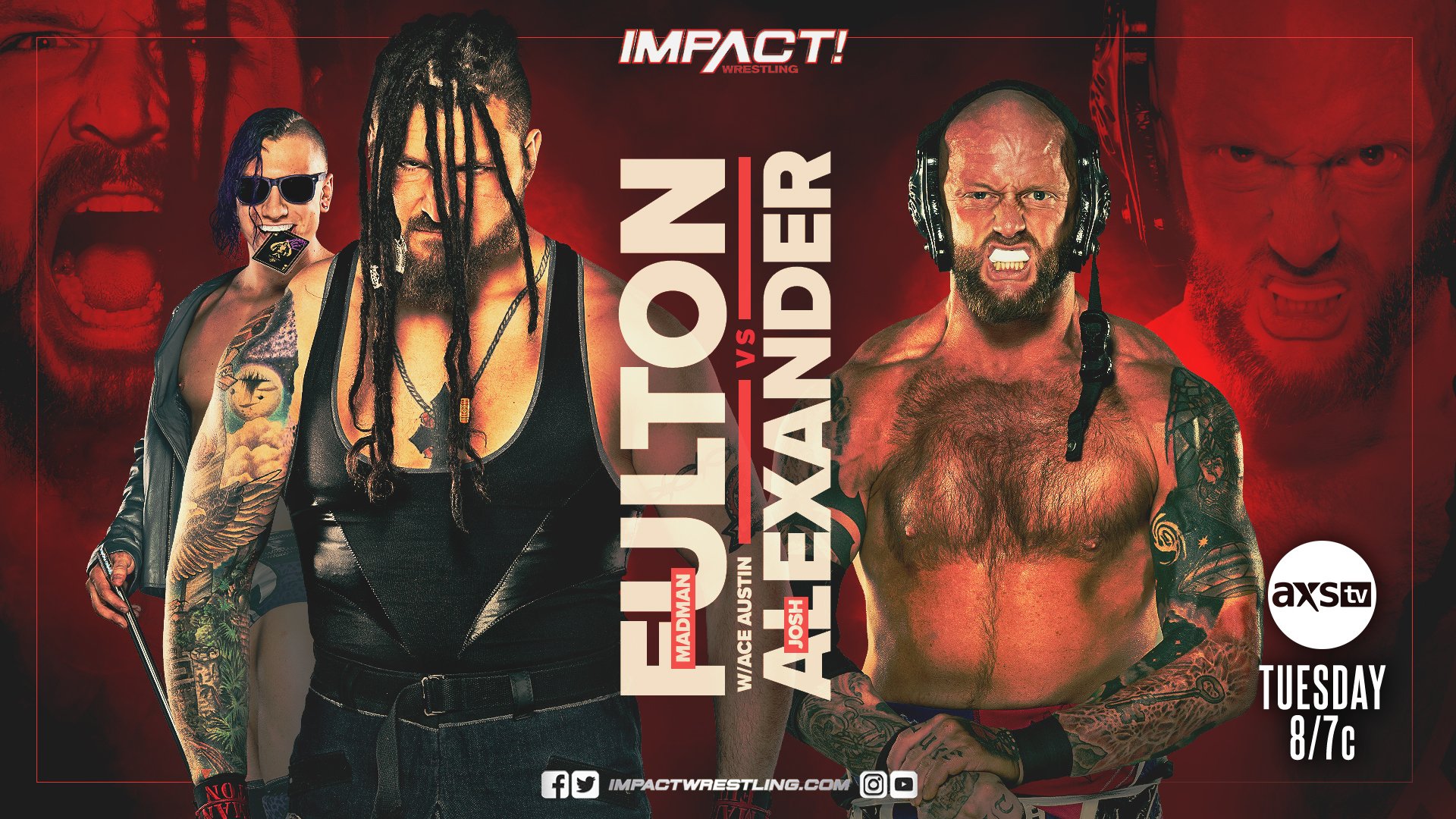 The makeshift pairing of Matt Cardona and Josh Alexander picked up a surprising win against the established duo of Madman Fulton and Ace Austin on last week’s IMPACT Wrestling. This also marked the second time since Cardona’s debut that he has upset the top X-Division competitor, drastically diminishing his momentum. However, the story of this match appears to be of unfinished business between the other members of the feud. Fulton hopes to redeem his loss last week and shut down the “Walking Weapon”, who is currently a man with nothing left to lose, having lost his long-running tag team partner Ethan Page. Can the amateur background of Alexander best the power and unpredictability of Fulton? 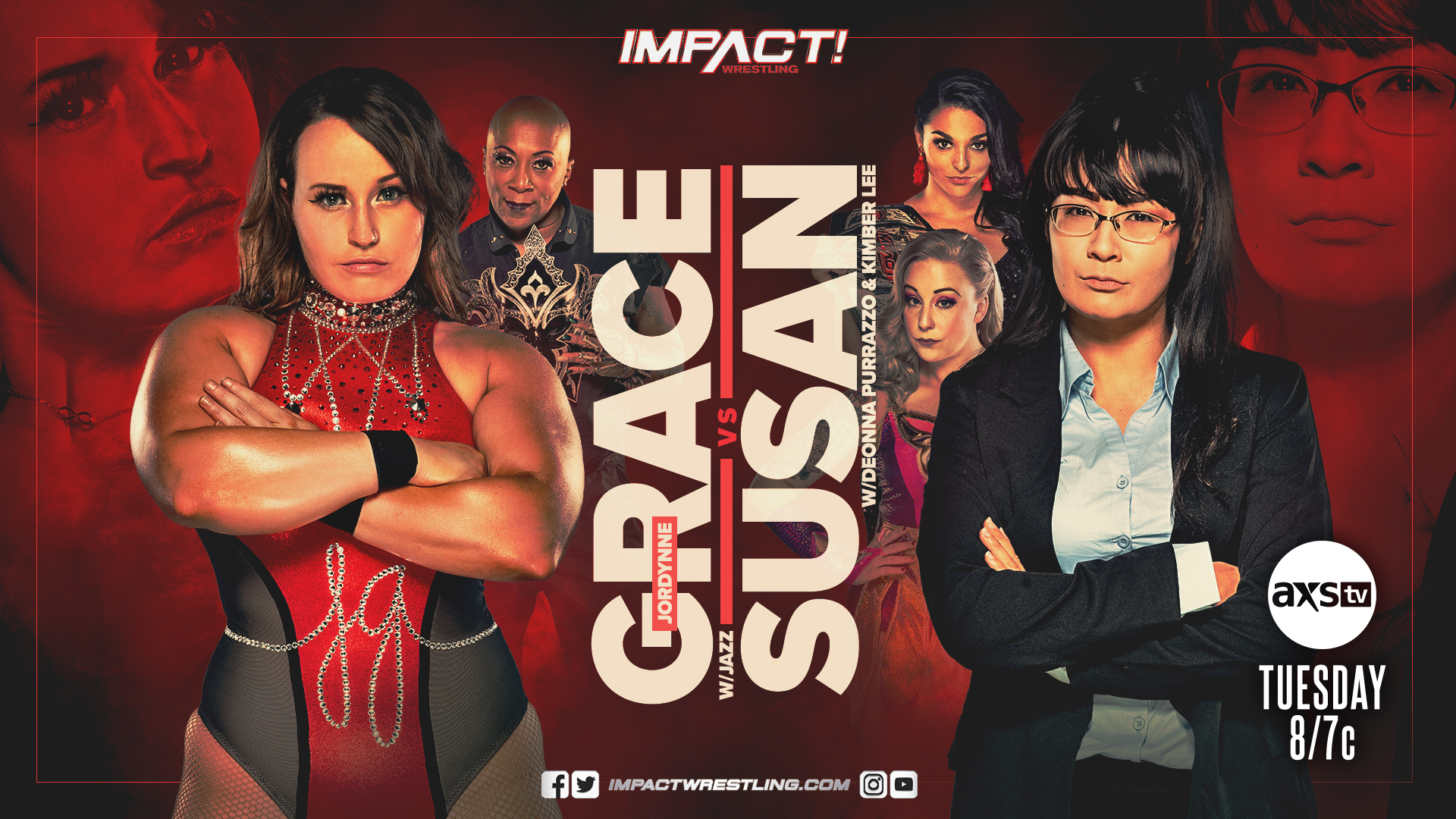 In a surprising twist, the vessel of the monstrous Su Yung has taken a new form with the uptight and serious Susan. Even more surprising, thanks to Rev James Mitchell, Susan has taken alignment (for now) with her former rivals Kimber Lee and Deonna Purrazzo. Meanwhile, Jazz and Jordynne Grace have decided to continue their own alliance, making the trouble makers of the Knockouts division their first targets. However, their feud has not gone the way Grace and Jazz would have liked, having already lost to Kimber Lee and Susan a couple of weeks ago. Grace hopes to represent her team in this battle against the eerie shapeshifter Susan. With hopes for a Knockouts Tag Team Championship match in the future, can Grace gain a leg up over her team’s roadblock?

What Else is On the Card

– After a brutal beat down by Violent By Design last week, how will Cousin Jake retaliate?

– Larry D confronted Rosemary last week about casting a spell on him during Wrestle House that turned him into Lawrence D. Crazzy Steve interceded, challenging him to a match on this week’s IMPACT. Will Larry D gain redemption after being framed for murder? Also, it was revealed two weeks ago that Rosemary was the one who shot John E. Bravo, thus framing Larry D. Will he be able to gain redemption and regain his self-respect? 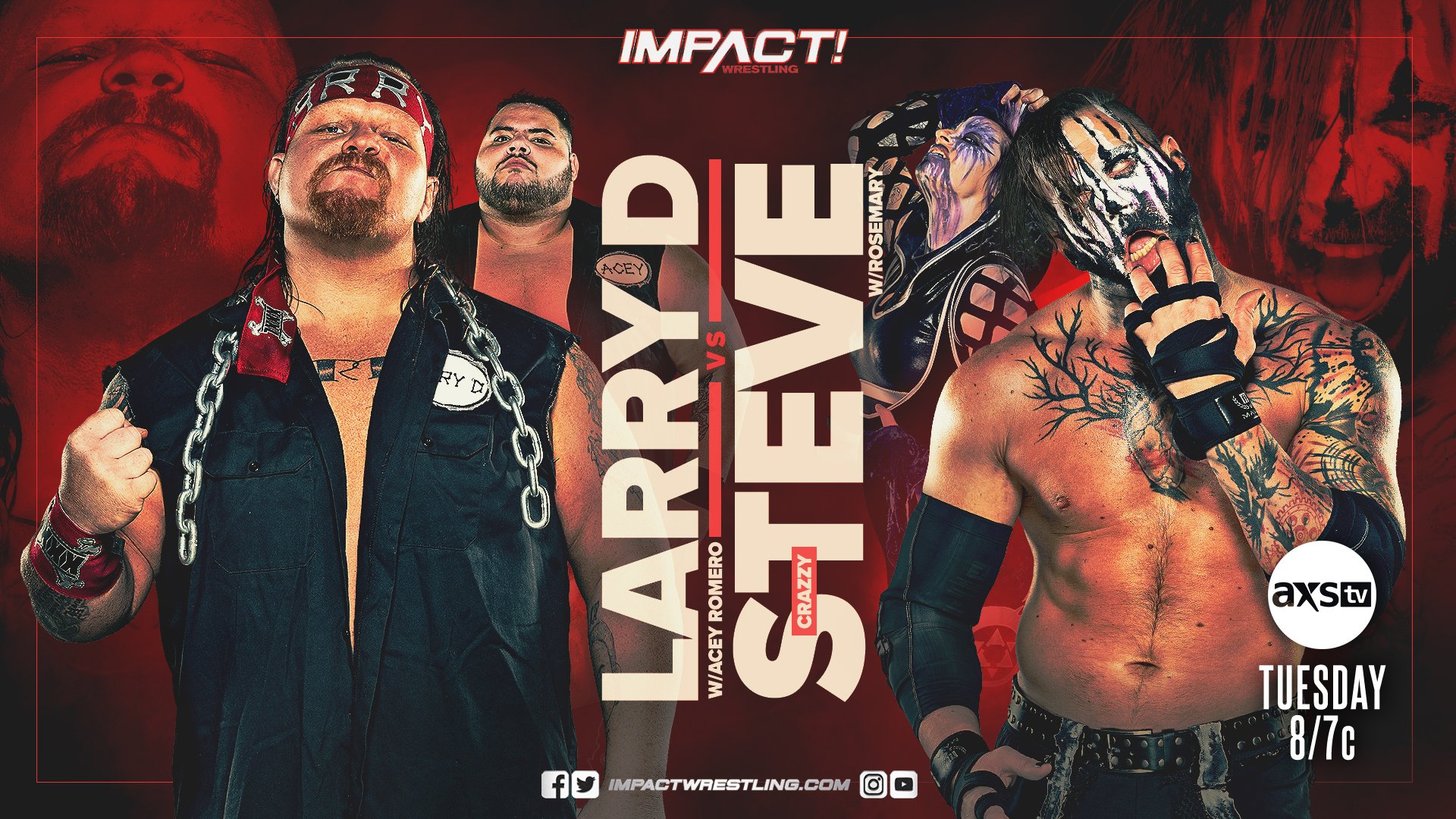 – What influence will Tony Khan and “Big Money” Matt Hardy have on this week’s show?