A very special 205 Live airs tonight as the Women’s Dusty Rhodes Tag Team Classic will be featured once again. Here’s the preview for the high-flying 205 Live episode. 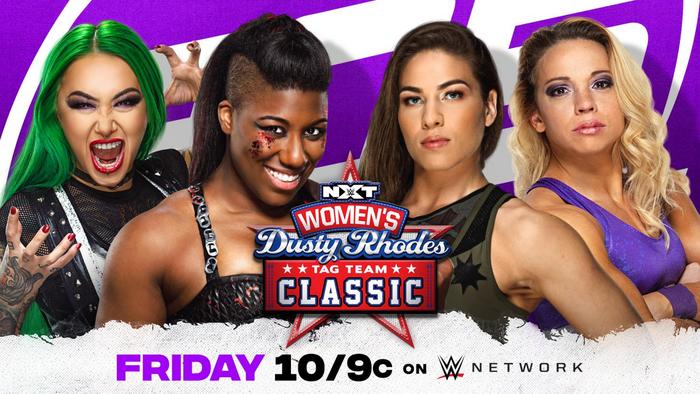 The odds on favorite to win the first-ever Women’s Dusty Rhodes Tag Team Classic will finally compete in their first-round matchup. Shotzi Blackheart and Ember Moon will show what they can do when they team up against the fresh team of Marina Shafir and debuting Zoey Stark. Considering their unique skills in the ring, one would think that Blackheart and Moon can be a formidable team and one to go all the way to the finals. Maybe Shafir and Stark can pull off the massive upset.

August Grey and Jake Atlas will faceoff for the very first time tonight on 205 Live. Grey has recently been teaming in successful fashion with the No. 1 contender for the NXT Cruiserweight Championship, Curt Stallion. Atlas, on the other hand, is most recently coming off a loss in the Dusty Rhodes Tag Team Classic when he teamed with Isaiah “Swerve” Scott against the debuting MSK. This should be one to keep an eye on.