Ice Ribbon closes out the wrestling year as they host their biggest event of the year RibbonMania 2020!  In the main event, we have a highly anticipated clash between Suzu Suzuki and Saori Anou for the ICExInfinity Championship.  Let’s preview the card for RibbonMania 2020

Had you asked anybody at the beginning of the year to predict the RibbonMania main event very few people would’ve had this on the cards.  Not only because Anou is a freelancer who didn’t usually work for Ice Ribbon but Suzuki was still in her “chirin chirin” rookie stage.  Of course, since then Suzuki has had a meteoric rise to the ICExInfinity Championship that culminated in her ending Maya Yukihi’s spell of dominance at the helm of Ice Ribbon.  The former ace of Actwres girl’Z Anou reappeared in Ice Ribbon just two months ago to take on Tsukasa Fujimoto, since then she’s been in Ice Ribbon pretty regularly and almost immediately set her sights on Suzuki’s championship.  This will be a battle that will leave both competitors feeling the effects for some time. 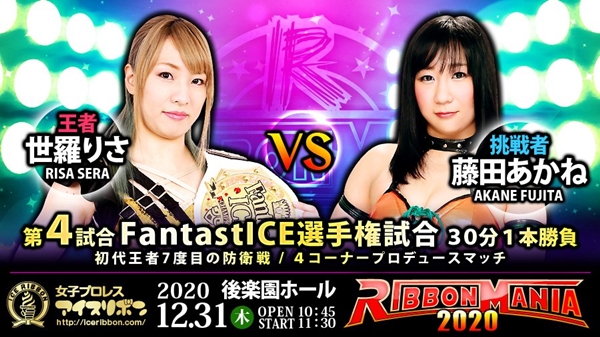 In its short existence, the FantastICE Championship has produced some very violent matches.  Sera won the title in a deathmatch against Rina Yamashita and is now set to defend against Fujita in a four corner produce match.  This means that each competitor will get two corners of the ring to fill up with weapons of their choice.  Akane Fujita is a very tough opponent without weapons as her strikes alone will do damage, with weapons involved she’s going to be even tougher to beat.  Sera is no stranger to a hardcore match though and that experience should bring her the win here 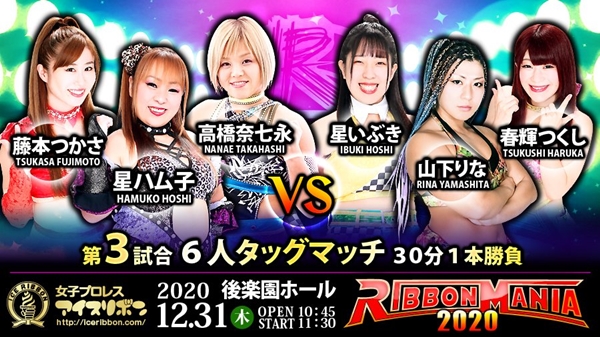 Joshi wrestling loves to put together matches that make you wince just looking at the lineup.  Once Nanae Takahashi was revealed to be X this match became one of the most anticipated on the card for us.  This will be a hard-hitting, stiff contest that will leave every competitor bruised up by the end of the match.

Stay tuned to the Last Word on Pro Wrestling for more on this and other stories from around the world of wrestling, as they develop. You can always count on LWOPW to be on top of the major news in the wrestling world, as well as to provide you with analysis, previews, videos, interviews, and editorials on the wrestling world.  RibbonMania 2020 is streaming LIVE for the first time, make sure to order the show and check out the action