For years now, NXT has created an atmosphere where it takes one opportunity to eventually breakout. Look at Keith Lee, Bianca Belair, and most recently Shotzi Blackheart as competitors who used their chance on TV to get over and create a future where the fans see them as the future of the WWE. Blackheart did that through her over the top personality, impressive matches, and connectivity with the fans despite there being no live audiences. Keith Lee utilized Survivor Series to his advantage in 2019, showing more than just the NXT fans what he can do. Being that breakout star can nearly guarantee a chance to rise through the ranks and be someone to count on in NXT and the main roster.

To prove yourself as a breakout star, you can’t be an established star on the NXT roster who is counted on in a major way as of yet. KUSHIDA is someone who would have been in the running if it wasn’t for the recent rise in his use and excellent in-ring work week after week. So, here’s who could very well be the breakout star of 2021.

Indi Hartwell finds herself in an excellent spot heading into 2021 as the women’s future star of the new group, The Way. Guided by Johnny Gargano and Candice LeRae, Hartwell has a chance to learn from two of NXT’s staples as she prepares to figure out her own career. Hartwell’s signature win in 2020 came over the previously mentioned Blackheart, but her partnership with LeRae has held her back from in-ring competition for the time being. Down the line, the 24-year-old Australian has everything that makes a star, and learning from LeRae should fast forward her career to being a star. Hartwell can be considered the “favorite” of sorts to be a breakout star, as there will come a time where her relationship with LeRae deters and she shines. She’s a future NXT Women’s Champion and considering the incredible talent in the division, she will fit right in. Hartwell is a star waiting to breakout.

When WWE announced their latest recruits for the Performance Center, the two biggest names to come out of it very well may have been the former Rascalz members, Dezmond Xavier and Zachary Wentz. Instantly, they rose to the top of the line in terms of wrestlers who could be stars instantly in NXT. While there is no guarantee as to whether they will be teaming or not, one has to imagine that they were brought in together for a reason. The instantly can be the tag team that NXT has been missing to help get the tag division back to elite status. Not only can they win gold by the end of 2021, but Xavier and Wentz should prove to be legitimate selections for breakout stars in NXT for 2021. Matches with the likes of The Grizzled Young Veterans, The Undisputed Era, and Imperium should help display the ability these two have more than ever. 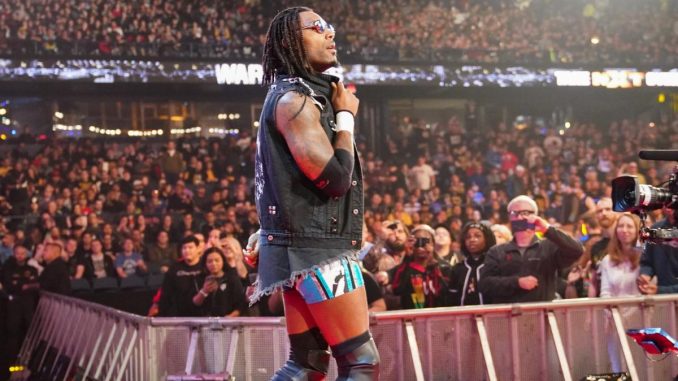 Charisma, swagger, and an unmatchable ability inside the squared circle is what makes Isaiah “Swerve” Scott one of the best overall performers on the NXT roster. Unfortunately, he has been stuck in cruiserweight purgatory for the beginning of his WWE career. In 2021, expect Scott to show a different side to him that can work with anyone. We have seen the change recently with KUSHIDA, who has made the step up to the heavyweight roster and that’s what Scott should be doing as well. You have to look at NXT: Great American Bash to see that Scott can hang with the likes of Johnny Gargano, the reigning NXT North American Champion. Scott has a chance to boom in 2021 to the point that he will be one of NXT’s major players moving forward. 2021 could be the year of “Swerve.” 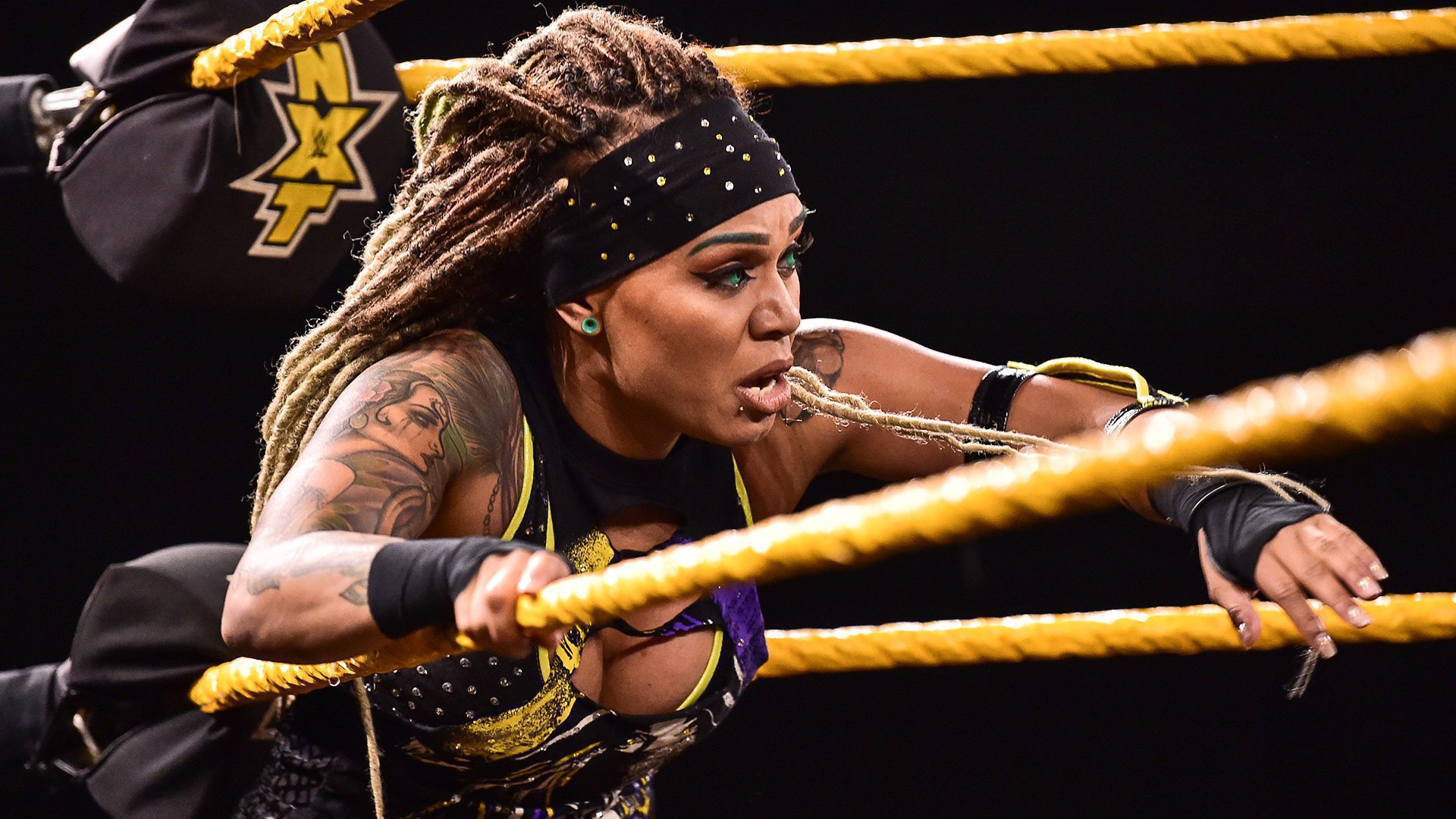 Once upon a time, the Mae Young Classic showcased some of the best female talents in the world and coming to WWE. There was someone by the name of Lacey Lane in the second edition of the tournament that wowed with impressive athleticism and her ability to battle despite her smaller stature. That same Lane is now known to NXT fans as Kayden Carter. The former college basketball player has been waiting for her chance to get on NXT TV and her mix of talent and eccentric look makes her feel like a star anytime she appears. While all we see of her work is in a tag team with Kacy Catanzaro, there’s a shot that team can lead to big things for Carter. The talent is there, the look is there, now the opportunity just needs to be there for her to be NXT’s breakout star in 2021. 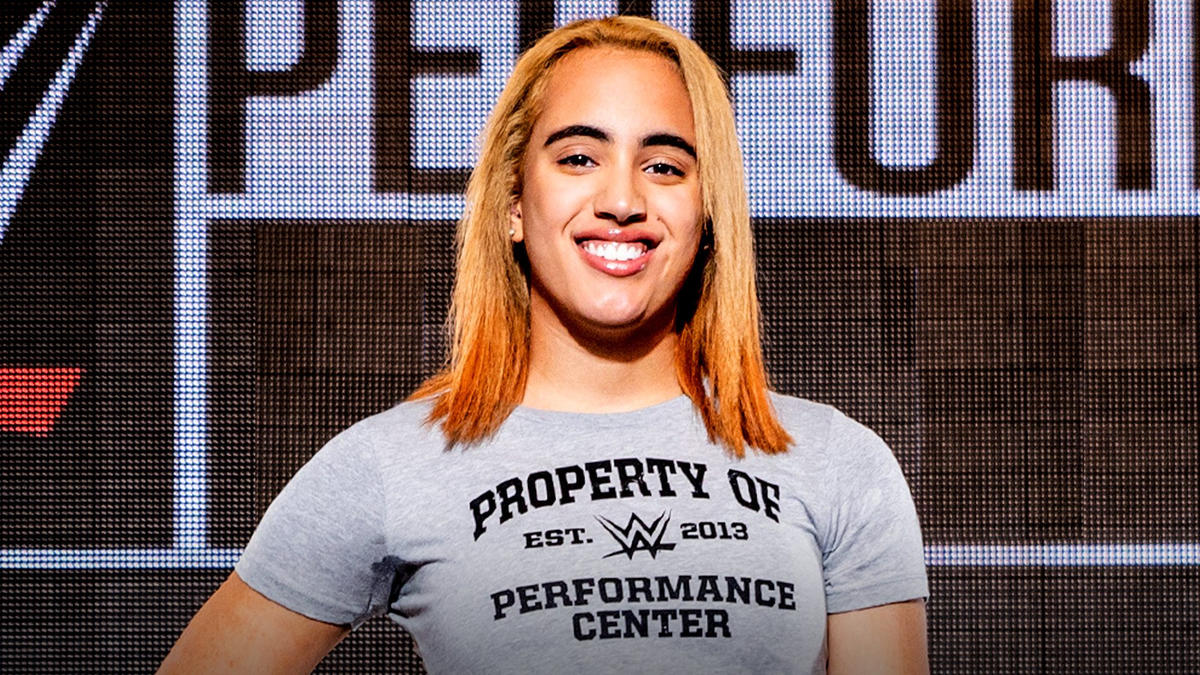 The youngest signee in WWE history happens to be the woman who can be the first fourth-generation star in WWE history. The final candidate to be the potential breakout star for NXT in 2021 is Simone Johnson. Johnson, the daughter of The Rock, has been working at the Performance Center for some time and while she is recovering from an injury right now, her debut could come at any time in 2021. There’s a great chance that Johnson follows the lead of the rest of her family to become a star, whether it be the path of her father, her grandfather, or one of her many cousins. Of course, there will be plenty of pressure on Johnson to shine when she does eventually debut, but as long as she can be herself and not compared to anyone else, she can shine. This is the biggest stretch of the bunch, but maybe the most hopeful s well.