Last Word on Pro Wrestling’s series, War of the Words, explores the art and impact of the promo by looking back through the archives. This series will examine all kinds of promos, from the most memorable or ones that have been overlooked and are underrated, showing the background of the promo, the promo itself, the aftermath of the promo, and what came from it. In this installment, we take a look at The Rock and his legendary Hell in a Cell promo en route to Armageddon 2000.

Throughout the history of professional wrestling, few have mastered the mic quite like The Rock. Oozing charisma and exuding energy unlike anyone else in the World Wrestling Federation, his ability to speak has become the stuff of legends. Every long-time wrestling fan has a favorite promo of “The People’s Champ,” The Rock. Whether he was trading barbs with Triple H, singing a duet with “Stone Cold” Steve Austin, or verbally undressing Jonathan Coachman, The Rock produced memories when he spoke. 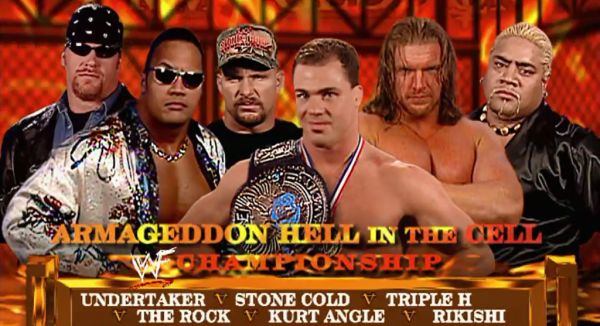 Background: The Hell in a Cell Match at Armageddon 2000

The success of a promo is dependent on how well it sells. This could be in relation to a feud, a storyline, or in this case, a match. To set the stage, on December 10, 2000, the WWF held its year-end pay-per-view, Armageddon. In the main event, The Rock took part in a six-man Hell in a Cell match. Said match also included Rikishi, Triple H, “Stone Cold” Steve Austin, The Undertaker, and WWF Champion Kurt Angle. To say that this was a big main event would be an understatement. After all, it featured most of the biggest stars in the company at the time.

One week prior, on Monday Night RAW, The Rock was interviewed by Kelly Kelly regarding said main event. Kelly inquired as to how “The Great One” would be able to contest with five other men in this satanic structure. The Rock, with the support of the crowd behind him, would take to the mic like he did many times before. However, what fans probably didn’t expect was just how entertaining this proverbial sales pitch would become.

War of the Words: The Rock Verbally Runs Down His Hell in a Cell Opponents

This particular promo from Monday Night RAW began standard for The Rock. He declared that he has come back to New Jersey. After referring to Kevin Kelly as an “ugly hermaphrodite,” a term he used to describe the backstage analyst in the past, he expressed confidence in winning back the WWF Championship. He knew he had to beat five other men to do it, however. This led to The Rock mocking each of his competitors in unique ways.

The Rock began with the company’s only Olympic gold medalist, imitating him in an exaggerated fashion. This would become the theme for the remainder of the promo:

“Even if The Rock has got to beat Kurt Angle, which means, ‘I’m going to drink a big glass of milk, eat some chocolate chip cookies, and then maybe I’ll take three Viagra.’”

“The Great One” then set his sights on Rikishi, the very man that ran down “Stone Cold” Steve Austin in the name of his real-life cousin, The Rock. He would mock the former Too Cool member in stoic fashion; this became one of the most memorable moments of the promo:

“Or maybe The Rock is going to face Rikishi, beat Rikishi, ‘I did it for The Rock… I did it for the people… I did it-I d-‘ Shut your mouth, you thong-wearing fattie!”

Not stopping for a moment to catch his breath, The Rock quickly moved onto The Undertaker, who recently returned under the “American Badass” persona. However, for this dig, The Rock would have to go back a few years:

“Or maybe The Rock has to beat The Undertaker, The American Badass, beat him so bad that one more time, he’ll raise up… ‘Rest… In… Peace.’”

From there, The Rock moved onto a long-time rival in the form of Triple H, exaggerating his verbal mannerisms. Once again, this became a moment in the promo fans still remember, especially as The Rock took the time to throw a verbal jab at Stephanie McMahon as well:

“Or maybe The Rock has got to beat Triple H himself, which means-uh, he’s gotta beat The Game-uh, in the middle of the ring-uh, and he has a two-dollar slut for a wife-uh!” 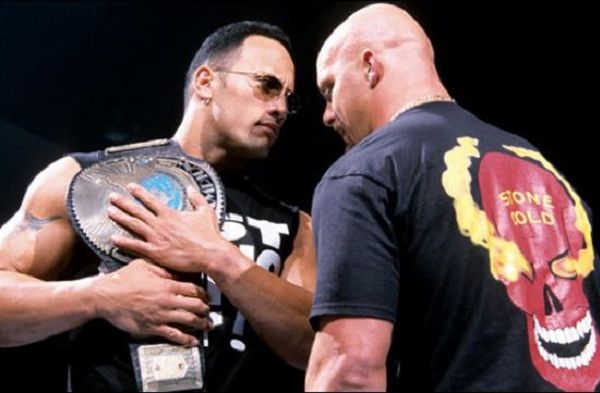 Finally, The Rock made his way to Steve Austin, arguably his greatest rival in professional wrestling. He would even sport a trademark Austin camo baseball cap to complete the exaggerated impersonation:

“Or maybe The Rock has got to beat ‘Stone Cold’ Steve Austin, which means ‘I gotta get in my pickup truck, drink some Steveweisers, listen to some Backstreet Boys! And that’s the bottom line because ‘The Great One’ said so!”

This promo was largely done with comedy in mind, which goes without saying. However, after The Rock concluded his various impersonations, he dialed the promo back. After all, this Armageddon main event was a big one, so it needed to be treated with genuine weight. The Rock donned his signature shades before concluding with the following line:

“And one more thing, this Sunday night, at Armageddon, The Rock is going to do all he can to win the WWF Title. If you smellllllll what The Rock is cooking!”

This promo leading into Armageddon the following Sunday excelled on various fronts. With The Rock taking control of the mic and the audience, in the only way he can, it made for entertaining television. His mocking of Rikishi and Triple H are perhaps the most memorable moments of the promo. Whenever a wrestling fan proclaims that it was “done for The Rock” or has a slight gravel in this voice when miming “The Game,” it can be traced back to this very segment.

However, it also did a great job of promoting Armageddon, specifically the Hell in a Cell main event. Though The Rock was incredibly entertaining, he understood the importance of selling the match. Even when he was making fun of his opponents, he never gave the impression that the Hell in a Cell would be a cakewalk. The Rock also expressed interest, multiple times, in reclaiming the WWF Championship. By this time, he was already a five-time WWF Champion; claiming the title for the sixth time was more than in the realm of possibility. 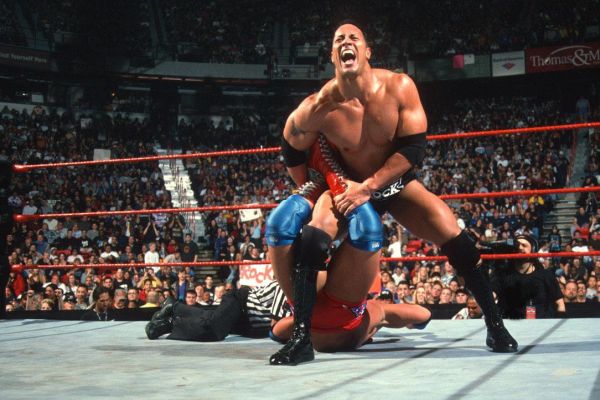 Aftermath: The Rock Wins the Gold and His Eventual Departure

Despite his proclamation, The Rock failed to win back the WWF Championship at Armageddon. This wasn’t due to lack of effort on the part of “The Brahma Bull,” however. He fought with the electricity that he had become known for during his wrestling career, taking the fight to Rikishi, especially. He remembered the heinous act his cousin carried out and the animosity was still very much potent. There was even a moment when The Rock stood off with Steve Austin, framing what would become their main event showdown at WrestleMania X-Seven. In the mayhem of the match, however, it was The Rock that was ultimately pinned by Angle, who managed to escape with his WWF Championship in tow.

This wasn’t to say that The Rock was finished with his quest for the WWF Championship. The following year, in February, The Rock faced Angle for that very title at No Way Out. This time, in singles competition, The Rock was ready. With the help of an exposed turnbuckle, as well as two attempts with the Rock Bottom, “The Great One” finally claimed his sixth WWF Championship. The Rock would go on to face Austin, who had won the Royal Rumble the month prior, in the main event of WrestleMania X-Seven.

The buildup to The Rock vs. Steve Austin at WrestleMania X-Seven was legendary; it has been recounted in various columns and recalled by different personalities in wrestling. This became one of the biggest main events in WrestleMania history, especially concerning the ending. It set Austin on a new path as a character. Meanwhile, The Rock took time off to film The Scorpion King. He would be gone from the company until the following summer. Upon his return, The Rock joined the WWF in their ongoing battle against the hybrid of WCW and ECW known as The Alliance. This, however, is a story for another time.