All Elite Wrestling has been running AEW Dynamite for over a year now.  In that time nothing has been more maligned and mishandled than the women’s division.  Every week, fans find fault with AEW’s lacklustre presentation of their women’s division and while the division has been ravaged by injuries, and COVID-19 we have to wonder is their hope for this division?  Contrary to what may be the popular opinion we do think the future is bright for the AEW women’s division.  Let’s explain why.

An Eye On The Future

While AEW Dynamite is often lacking in women’s matches the same can’t be said of AEW Dark.  The next edition of AEW is scheduled to feature five women’s matches featuring names like Leyla Hirsch, Lindsay Snow, KiLynn King, Alex Gracia, and a host of regulars who are still improving.  In recent weeks there’s been at least two women’s matches.  While it may not seem like it on Dynamite AEW has had their eyes to the future with the women on AEW Dark as they have brought in a number of girls from the indies to get experience working for TV.  When the Win-Loss records reset in 2020 expect to see names like King and Hirch make a serious move to Dark.  Dark has also been a proving ground for names like Red Velvett and Rache Chanel who have promise and will only get better from working on Dynamite with talented women.

AEW has a third hour of television coming at some point.  Depending on how important that hour is we could see it become a show where midcard talents and other underused roster members get time to wrestle and tell stories.  While Dynamite is in a ratings war with NXT and has to be smart about maximising ratings this third hour will likely allow the company more freedom to book people that aren’t stars.  This would allow them to give some women, who maybe aren’t ready for Dynamite, some experience in lieu of a live events circuit. 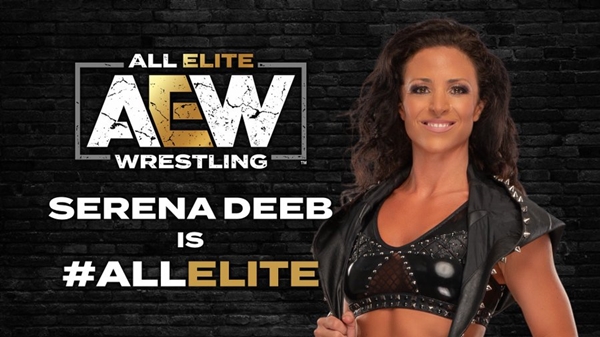 AEW has a very strong core to their women’s roster whether we can see it or not.  Serena Deeb is a pro’s pro who can act as an in-ring trainer and a title contender.  Deeb also has the ability to carry anyone to a good match.  AEW also has Britt Baker who has been one of the most consistently entertaining parts of AEW for most of 2020, once she can get fully fit and back in the ring Baker will be unstoppable.  Despite some fans wrongfully turning on her Riho is still an AEW competitor and will no doubt reclaim her spot at the top of the division when she can get back to the U.S.  While her status with the company is in question Thunder Rosa is a charismatic and talented individual that is bound to win the AEW Women’s Championship.  This core when joined with Kris Statlander, Hirsch, King, and any other women that AEW may sign has all the makings of a really strong women’s division.

So, these are the reasons why we believe there is still hope for the women of AEW.  Are we being too optimistic, or are we right to have hope?