It’s another week and that means another stacked episode of AEW DARK. All Elite Wrestling’s YouTube show has a total of fifteen – yes, fifteen – matches set to air. From tag team matches to singles affairs, this episode of DARK will not only feature contracted talents but independent stars that are on the rise. In an effort to provide as much insight as possible, here is an in-depth look into some of the more notable matches to take place on this week’s episode. 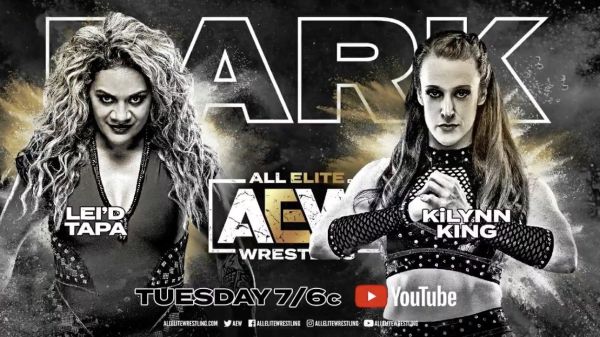 With nearly a decade of wrestling experience under her belt, AEW DARK marks a major event in the career of Lei’D Tapa. For those that don’t know, the former three-time OVW Women’s Champion has been away from professional wrestling since 2017. Her last match took place at Cleveland Knights Championship Wrestling event. She also made a one-off appearance in WWE NXT the same year. However, Lei’D Tapa is back on the prowl, and on this episode of AEW DARK, she challenges one of the show’s regulars, KiLynn King. Keep in mind that the “Queen of Crazy” has yet to pick up a victory on the show. However, she has proven herself against a slew of opponents ranging from Abadon to Nyla Rose to current NWA World Women’s Champion Serena Deeb. Can King finally pick up a victory on AEW DARK as she clashes with Lei’D Tapa? 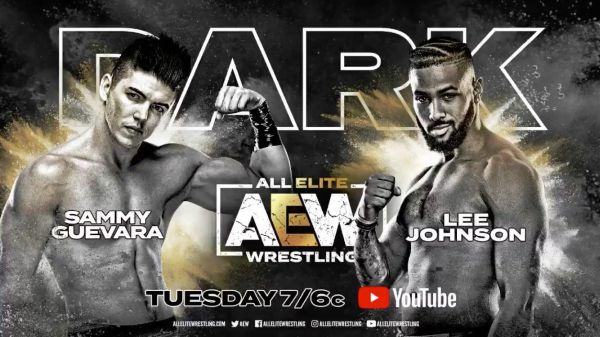 October was a big month for Lee Johnson. It was recently announced that the young AEW talent has joined the Nightmare Family, headed by AEW Executive Vice President Cody. As one of the company’s homegrown talents, Johnson has learned under the watchful eye of the Nightmare Factory training facility. He has also made multiple appearances on AEW programming, specifically DARK. While he has yet to pick up a victory in AEW, Johnson’s potential is undeniable. His next big challenge comes in the form of Sammy Guevara, the cocky youngster of The Inner Circle. Guevara has recently been at odds with MJF, who has been lobbying to join the group in question. Time and time again, Guevara has grown short with the antics of the Long Island native; needless to say, the “Spanish God” would much rather MJF steer clear of The Inner Circle. However, on AEW DARK, Guevara will have to set his gripes with MJF by the wayside so that he can focus on the up-and-coming star in Johnson. 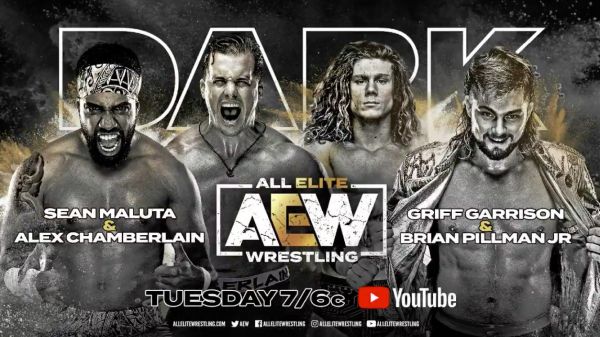 Sporting long locks and high energy, the team of Brian Pillman Jr. and Griff Garrison seems like a no-brainer. In fact, they have been teaming since the summer, working with the likes of Private Party and Santana and Ortiz. They picked up their first victory, as a team, back in September, when they bested the duo of David Ali and Cezar Bononi. Perhaps they have another victory in their sights as they challenge the duo of Alex Chamberlain and Sean Maluta. This will be a relatively new team to AEW DARK, as Maluta was seen working with Lee Johnson last month. In addition, Chamberlain has made a few DARK appearances as of late, though he has yet to come out victorious. Needless to say, this match is just as important for Chamberlain and Maluta as it is for their more established challengers.

It would seem as though Red Velvet has the power of the Nightmare Family on her side. Since June, Red Velvet has been making appearances on AEW programming, albeit in losing scenarios. In fact, her partnership with Brandi Rhodes is interesting; back in September, Rhodes defeated the Florida native due to referee stoppage. One would imagine that such a team would be volatile, but this could be Velvet’s ticket toward her first victory in AEW. However, this will have to be done at the expense of Elayna Black and Leyla Hirsch, both of whom have been making waves on the independent scene. Hirsch has also been featured recently on AEW programming, most recently against Serena Deeb. Expect this to be a women’s tag team match that could change the future of at least one of the participants involved.

The following matches are also set to take place this week on AEW DARK: