As October closes, there are two constants when it comes to the sports world. One being the World Series hype and the other being WWE’s annual network special revolving around the title structure that is Hell in a Cell. This past Sunday we saw the 43rd, 44th & 45th cell matches in WWE history with three championships on the line, in addition to a few matches stemming of weeks of feuding, Hell in a Cell 2020 will be remembered for storytelling over match type, despite some criticism of the use of the Cell stipulation. This is the three count, Hell in a Cell 2020 edition.

1.) Character Work is Everything, and Roman Reigns vs Jey Uso Delivered!

A lot of Roman Reigns criticism over the years had been similar to the criticism that Cena was getting a lot of from his peak in 2009-2013. That it was too bland, the babyface trope, the good guy is getting “played out.” However, since SummerSlam and the addition of Paul Heyman, Reigns has been on another level as a character. Any “heel turn” is a massive risk, just look at “Stone Cold” Steve Austin in 2001. Reigns’ turn to some seemed overdue, but his work with his family and Paul Heyman, especially at this show showcased Reigns as one of the most versatile vets on the WWE roster.

The exchange at the end of the cell with the twins was some of the best heelwork you will ever see. It comes off as cold, calculating, and heartless, to cry saying he doesn’t know who he is anymore, and then destroy his own flesh and blood is some of the most compelling work Reigns has done in his entire career.

2.) Sasha Banks vs Bayley Delivered after years of anticipation

The rivalry between Sasha Banks and Bayley is considered one of the pillar rivalries of the “Women’s Evolution,” back in the rise of NXT in 2015. Takeover: Brooklyn was the start of a five year story that would see these two battle, team up, dissolve and this would culminate in Hell in a Cell. The match itself was great. Being just the third Women’s Cell match, it had big shoes to fill not only due to the prior two cell matches, but the rivalry between Banks and Bayley as a whole was looming over this match.

Kick Out: The Miz winning the Money in the Bank from Otis highlights major problems in WWEs booking

Let’s be honest, The Miz getting the briefcase did make sense for the circumstances. Unfortunately, Otis with the briefcase didn’t give fans any convincing that he could take the title from anyone. However, Otis lost highlights a few problems.

The breakup of Otis and Tucker is probably one of the worst tag teams breakups since Enzo and Big Cass back in 2017 or more recently Billie Kay and Peyton Royce. Heavy Machinery is a solid tag team that despite comedic chops are actually very talented. Both men are deceptively athletic for their size and have a strong chemistry. Plus, the jealous tag team partner trope is rather cliche. Otis would be fine with the breakup because WWE typically favors the comedic teammate over the “straight” guy. The worry is for Tucker. Just like the Iiconics breaking up earlier this year or New Day breaking up as Big E stays on SmackDown, there’s a lot more questions than answers.

2.) What was the point of Otis holding the briefcase? 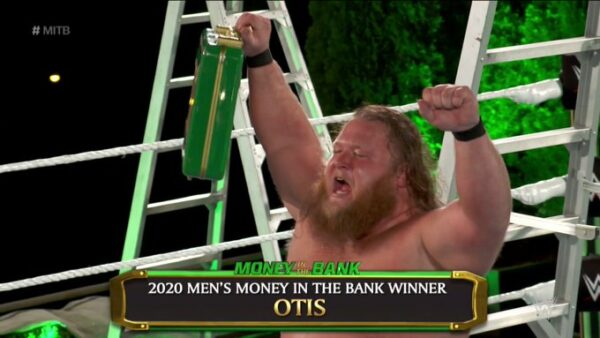 Otis winning the Money in the Bank briefcase was a pleasant surprise but thinking about the other competitors in that match AJ Styles, Aleister Black, Daniel Bryan, King Corbin, and Rey Mysterio, the case could’ve gone to the other competitors. Yes, Otis is a solid worker and a great character, but the issue is that despite the positive momentum he had on the Road to WrestleMania with the Mandy Rose storyline, fans wouldn’t take him seriously as world champion. Miz getting the briefcase does take that stress off Otis but what was the point?

Randy Orton winning the WWE Championship and Roman Reigns holding the Universal Championship kinda puts a big question mark on the possible cash in. Both in storyline seem to be heel, Miz is also heel, and with eight months to cash in the briefcase, and a lot of uncertainty entering into 2021s Road to WrestleMania, there’s too many question marks for this particular outcome as well.

3.) Orton and McIntyre while good, shouldn’t have been the Main Event. 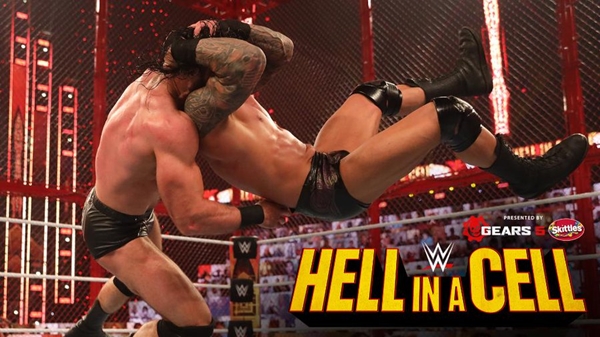 Randy Orton as a worker, no one can deny how good he is, how safe he is and how reliable he is. However, this isn’t 2005-2008 Orton. This is 2020. He’s methodical, and his style is more slow compared to his co-workers. This cell match was going to suffer due to the speed and timing. Although there were a lot of good spots, this match shouldn’t have ended the show, especially the way this show was built with Smackdown’s storylines being more compelling. As for McIntyre, this was a very good first reign as WWE Champion that was hampered by the COVID-19 pandemic. He was booked extremely strong and was entertaining as champion. With Survivor Series looming and “Brand Warfare” being a major selling point for the show with each brand’s champions going head to head, Orton winning seems in a storyline sense and even in a backstage sense, to not make any sense.