**Note: Spoilers for this week’s episode of Dynamite were leaked online.**

It’s full throttle on the road to AEW Full Gear. The Dynamite on Halloween week was recorded last week and will feature another jam-packed show. The TNT Title will be contested in a lumberjack match as Cody faces Orange Cassidy. In addition, the AEW World Title Eliminator Tournament continues with both Semi-Final Matchups. After a stellar entrance, Kenny Omega has begun to return to his Cleaner roots and will fight Penta El Zero M. Hangman Page continues to make his name known in singles contention as he faces Wardlow. Eddie Kingston takes on Matt Sydal before facing Jon Moxley in two weeks. Finally, there will be a Town Hall Discussion on whether or not MJF will join the Inner Circle.

Tay Conti vs Abadon: Match Pulled Due to Injury 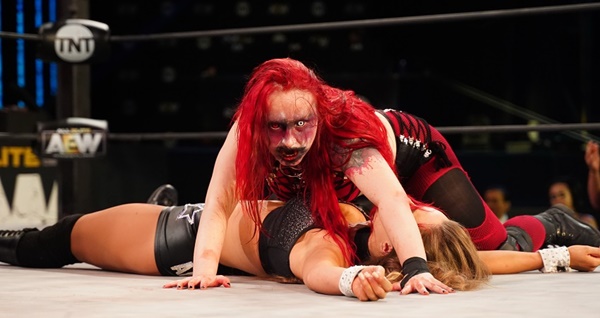 It was reported Abadon suffered a throat injury during her match against Tay Conti. She was rushed to the hospital after the bout was cut short. The Wrestling Observer revelated the match will not air on TNT.  We hope the Living Dead Girl has a speedy recovery. 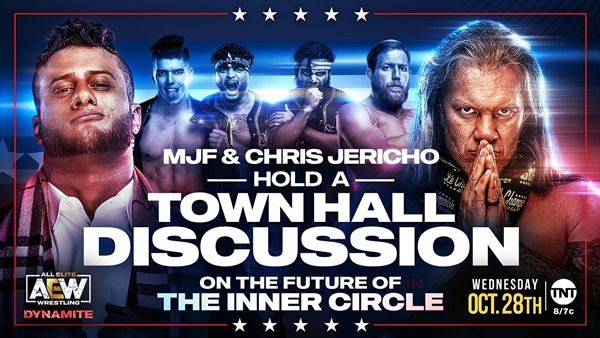 Last week, the entire world was graced with Le Dinner Debonair. MJF and Chris Jericho sang My Shadow and Me with an entire choreographed routine. Now, the entire Inner Circle will meet in a Town Hall Meeting to decide MJF’s fate. Sammy Guevara, along with Santana & Ortiz, are not MJF’s biggest supporters. It will be interesting to see where this story will be heading. Will MJF finally join the Inner Circle? 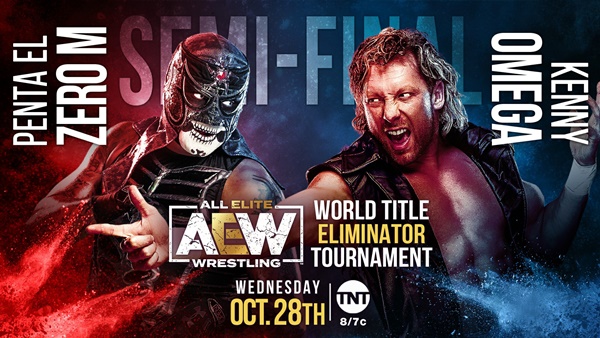 The AEW World Title Tournament will now enter into the semifinals. After Rey Fenix suffered a neck injury, he forfeited his spot to his brother. A rematch from ALL IN two years ago. Kenny Omega and Penta El Zero M will do battle once again. “The Cleaner” Kenny Omega defeated Sonny Kiss in less than a minute, cementing himself as the favorite to win the entire tournament. Kenny is adamant and obsessed with becoming AEW World Champion. The Best Bout Machine will stop at nothing to fight Mox once again. Fenix defeated his brother last week after a Canadian Destroyer before it was announced he would have to relinquish his spot. The masked brothers continue to have issues that are highly teasing a split between the former Lucha Underground stars. 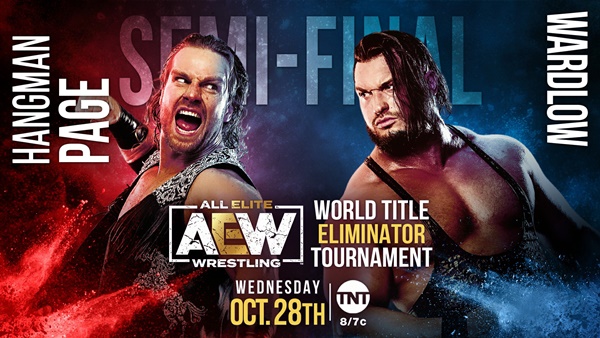 Hangman Page will take on his biggest challenge yet, literally. Mr. Mayhem beat Jungle Boy definitively to earn his spot in the semi-finals. The Anxious Millennial Cowboy emerged victorious after a few close calls with “Boom Boom” Colt Cabana. With everything Adam Page has gone through in AEW, he is going to have to fight with all he has to defeat this mammoth of a man. Wardlow has begun to stand on his own outside of MJF’s shadow. With MJF intending to join the Inner Circle on AEW Dynamite, where will the War Dog’s path lead him?

Just announced recently via Twitter, the Mad King will face the former Evan Bourne in singles competition. After an initial slip up, Matt Sydal has began to find his groove in AEW. Though still a free agent, it is likely the Elite will offer him a contract soon. Meanwhile, Eddie Kingston has consistently been a tour de force in his tenure. Kingston has knocked it out of the park with his promos and will face Jon Moxley for the AEW World Championship in an I Quit Match on November 7th. 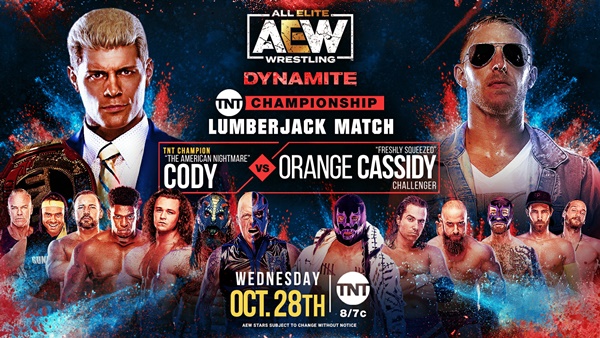 The TNT Title is on the line. After a time limit draw. Cody and Orange Cassidy will meet once again to determine a winner. Orange Cassidy was only one second away from becoming winning the red and gold strap. Cody will do everything he can to remain champion en route to his scheduled defense against Darby Allin. The Dark Order will be at ringside as lumberjacks. After Brodie Lee‘s loss to Cody, the spooky perverts will be out for revenge against both challenger and champion.

Last night, Serena Deeb shocked the world to become the new NWA Women’s Champion by defeating Thunder Rosa. Serena has put indie women’s wrestling on notice and tonight, on AEW Dynamite, she will make her first scheduled title defense against “Legit” Leyla Hirsch. The former Pro-Wrestling Eve and STARDOM standout has a chance for gold and notoriety. Earlier in the week, due to Abadon’s injury, many people believed AEW was not going to have a women’s match this episode. Thankfully, things have changed and this match will likely air live. Serena Deeb now has the entire world buzzing.