Bound for Glory is just days away as IMPACT Wrestling prepares for one of their biggest nights of the year and they have given us a show to look forward to in the build-up.  This week the tag team division gets a dream match, the X Division gets a shakeup, the Knockouts look to takeover and a legend returns!  This week’s IMPACT Wrestling is a must watch already with more to come. 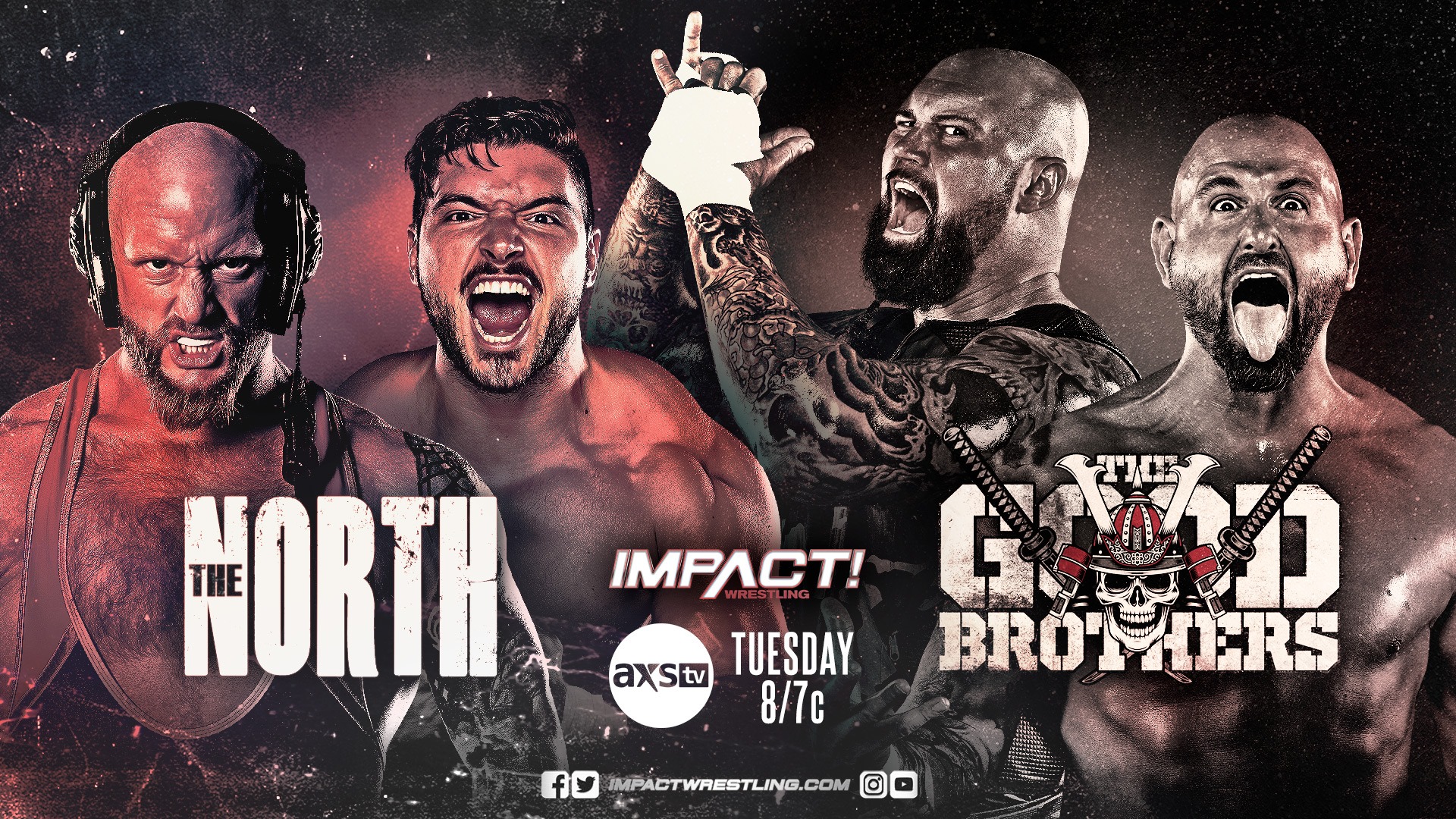 While IMPACTs definition of a dream match might be stretched a little, this is still definitely one many fans will be looking forward to as we build to the massive four-way tag title match at Bound For Glory.

In standard 2 vs 2 tag matches, The Good Brothers have won three out of three so far since joining IMPACT and they will look to keep this momentum going as they make a push for the gold.  However, overcoming The North will be no easy task.  They have yet to taste defeat to anyone other than current champions the Motor City Machine Guns since all the way back in February, the team of Fallah Bahh and TJP were able to walk out with the winner’s purse that night.  This takes them to an impressive record of 18 wins with just three losses in the last 12 months on IMPACT.

Who will go into Bound for Glory with the momentum?  Will the former champions get back on track?  Or will the big free agent signings continue to make an impact? 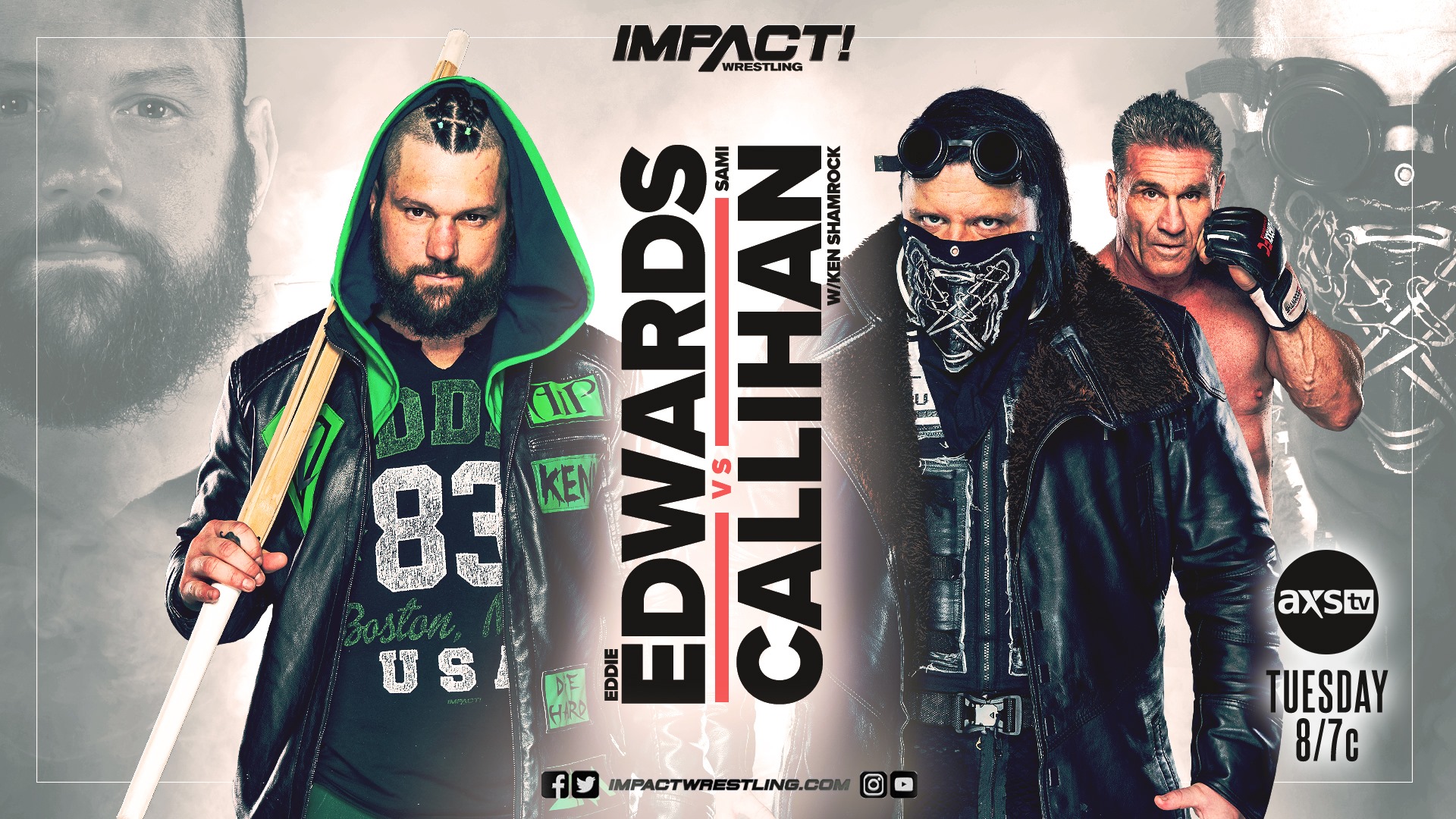 With Rob Van Dam and Katie Forbes done in IMPACT, it seems Sami Callahan has his eyes set on Eddie Edwards after last weeks two on one beatdown of the former IMPACT World Champion.  After trying to intimidate Edwards backstage, Callahan nearly came out worse if Ken Shamrock hadn’t made his return by attacking Edwards from behind and setting up a match with him at Bound For Glory.  The encounter finished with Shamrock holding Edwards in a vicious ankle lock which left him screaming in pain.  First on the agenda though Edwards will need to get through Callahan on this week’s IMPACT before aiming for revenge at Bound For Glory. 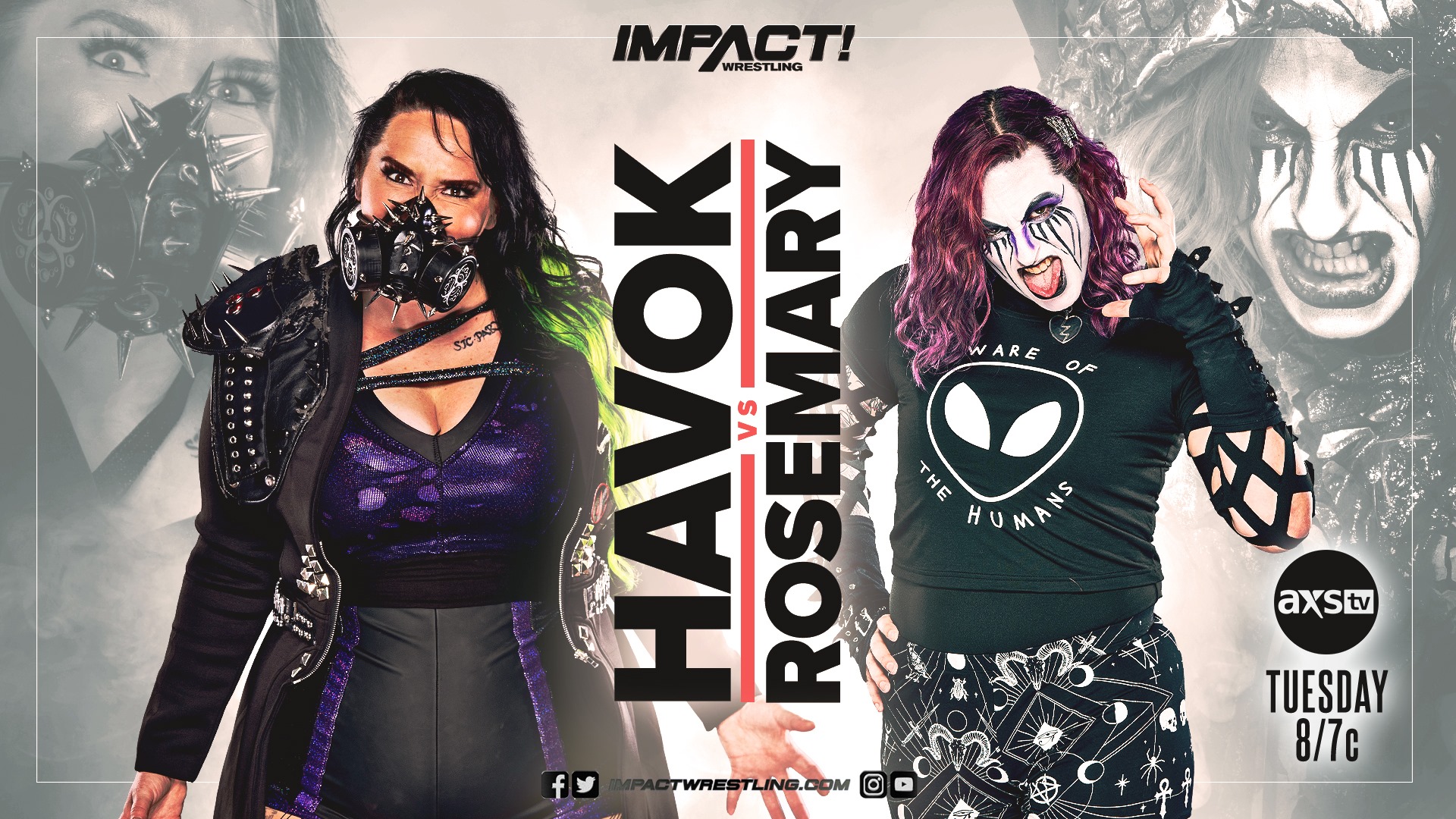 As predicted last week the Knockouts tore the house down in their three-way tag match which culminated in Rosemary getting a pin on Tasha Steelz to get her team the victory.  This week we will see “The Death Machine” and “The Demon Assassin” going head to head with the soul of Father James Mitchell on the line.

The duo has met twice this year one on one with each woman picking up a win although we are more accustomed to seeing them in tag team action in recent months.  Both have struggled in singles competition this year with Havok achieving just 3 wins and suffering 6 losses, meanwhile, Rosemary has an equally poor record with her victory over Havok at Rebellion in April her sole singles win of 2020. She has lost another four while her match with Susie resulted in a double count-out.

If Rosemary can get the win, Havok will assist in the resurrection of James Mitchell, if Havok is the victor then Rosemary will need to leave her alone.  Will we see the sinister minister back on IMPACT Wrestling? 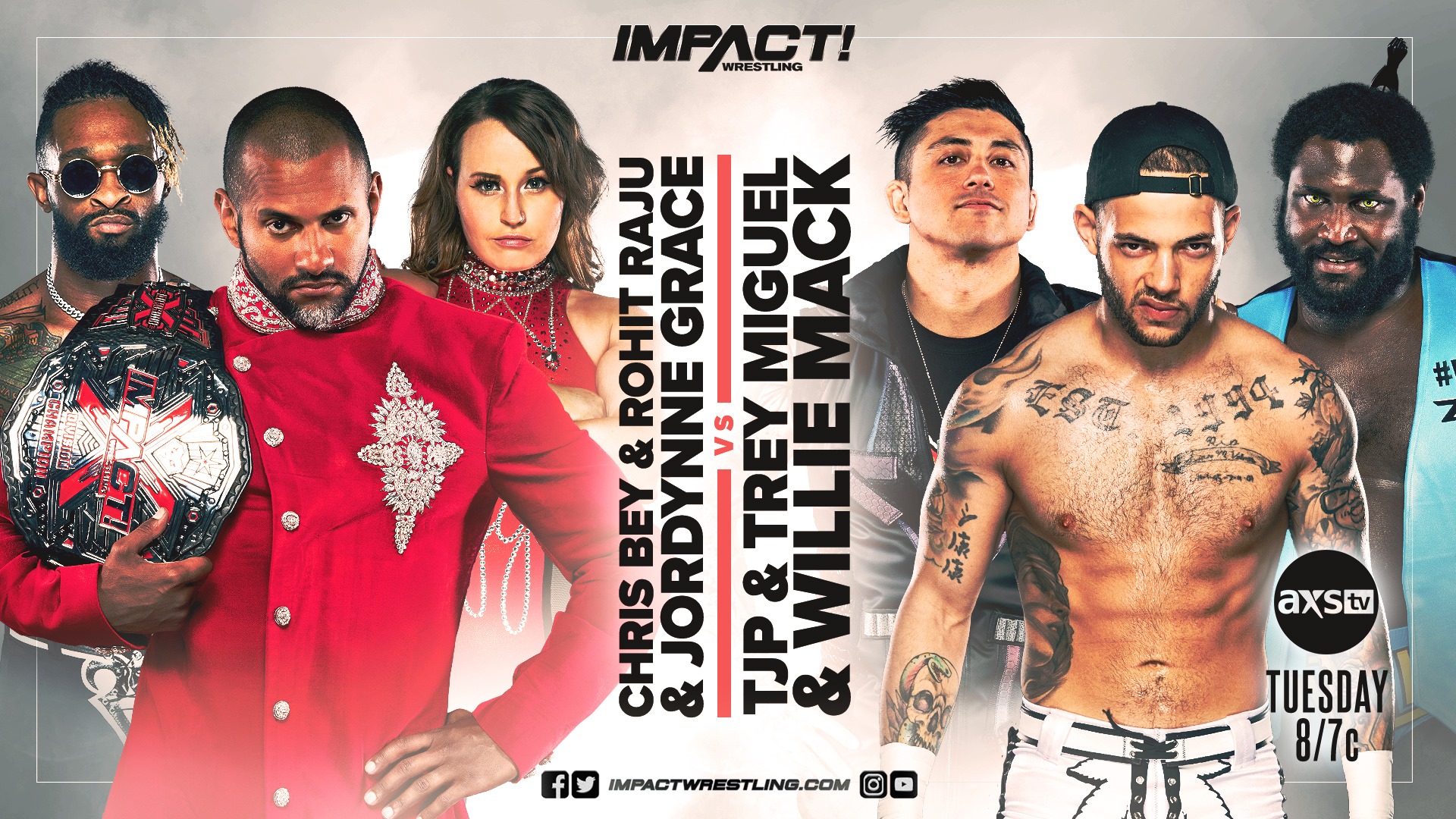 In the build-up to the six-way scramble at Bound for Glory all six competitors will face off in their teams of three to try and get an early advantage over the competition.  While all the male participants have been in the X Division title scene for a while now, all eyes will be on Jordynne Grace who is out to try and prove that women can compete in the division just as well as men. Rohit Raju has been teasing the contenders ever since winning the title but has kept himself one step ahead of the pack, come Bound for Glory there will be nowhere left to run unless he can strike an unlikely alliance with one of his rivals.

This match is building up to have something for everyone as we see young up and comers against experienced veterans and a contrast of styles to say the least.  While the X Division has historically been known for its high flyers this is by no means guaranteed to be a “spot fest”.

With an already STACKED card Bound for Glory could easily be one of the best shows of the year!  Will there be any last-minute additions or surprises before the big night on October 24?

Tune in Tuesday to IMPACT Wrestling find out!