Another stacked NXT UK episode will see the first round of the NXT UK Heritage Cup Tournament near its end, while an NXT UK original returns to the brand for the first time in over a year to lend a helping hand to one of today’s top stars! 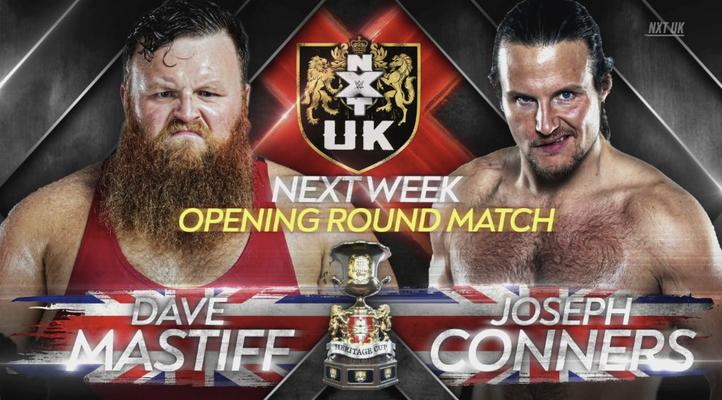 We already know of one semifinal bout for the Heritage Cup Tournament, as Noam Dar will battle A-Kid, following their victories over Alexander Wolfe and Flash Morgan Webster respectively. On the opposite side of the bracket, however, we’ll discover half of the second semifinal, as Dave Mastiff squares off against Joseph Conners, with the winner of this going on to face either Trent Seven or Kenny Williams ahead of the finals. In terms of their NXT UK careers, both ‘The Bomber’ and ‘The Righteous Killer’ are at opposite ends of the spectrum. While Mastiff has had marquee TakeOver bouts and championship matches, Conners is yet to really get off the starting grid. The majority of his wins have come over enhancement talent like Jack Starz and Roy Johnson, and he’s yet to be featured on any of the three TakeOver events thus far, despite being featured in that original United Kingdom Championship Tournament back in January 2017. This is the sort of platform he needs to prove to everyone that Joseph Conners is indeed worthy. 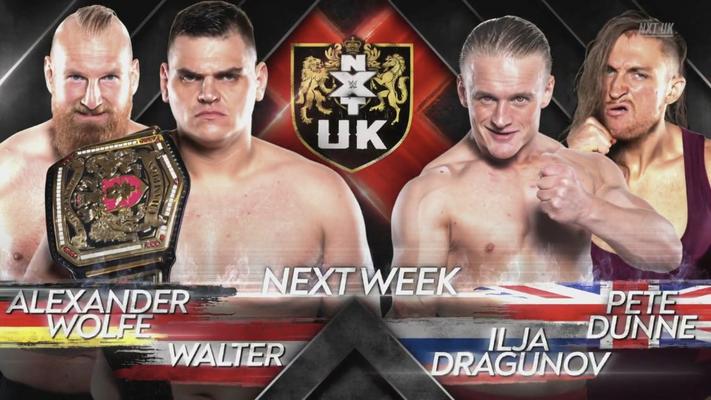 Aside from the Heritage Cup Tournament, the other main story gripping NXT UK at the moment is the much-anticipated NXT UK Championship match between Ilja Dragunov and defending champion, WALTER. Having originally been set for April after Ilja prevailed in a Battle Royal, the pair will now do battle in two weeks time on October 29th, but before then, they’ll be joined by Pete Dunne and Alexander Wolfe for what is perhaps NXT UK‘s biggest tag team match ever. ‘The Bruiserweight’ initially returned to the brand to oversee the bracket drawing for the Heritage Cup Tournament, and ended up becoming the special guest referee for the opening round bout between Noam Dar and Alexander Wolfe. The former SAnitY member took issue with Dunne’s officiating, resulting in WALTER backing up his Imperium partner, with ‘The Mad Russian’ then coming to Pete’s aid. Of course, the history between Dunne and WALTER dates back to early 2019, where ‘The Ring General’ ended Dunne’s near 700-day reign as NXT UK Champion. No doubt about it, things are going to get chaotic here, as the hype continues for one of the most-anticipated NXT UK Championship matches in history.

Following his loss to A-Kid in the quarterfinals of the NXT UK Heritage Cup Tournament, Flash Morgan Webster found himself laid out in the backstage area, with the assailant yet to be unveiled. This might not be an entirely huge deal, as the ‘who dunnit’ angles in pro wrestling can often fall flat – anyone remember Erick Rowan being disappointingly revealed as Roman Reigns‘ attacker last year? However, it’s been rumoured that a number of new faces are rumoured to be coming into NXT UK in the near future, from Adam Maxted to Sha Samuels. An angle like this is certainly a fine way to introduce a new name into the brand.

Who’s Next For The Champs?

It seems to be a common occurrence for these previews to mention what’s coming next for both the NXT UK Women’s Champion, Kay Lee Ray, and the NXT UK Tag Team Champions, Gallus (Mark Coffey and Wolfgang). The champs both have a whole host of potential challengers lining up to face them. For example, Kay Lee Ray’s State of the Union Address last Thursday saw her confronted by the entire NXT UK women’s roster, which ended in a mass brawl as Aoife Valkyrie dove onto everyone at ringside. Furthermore, the Gallus boys were faced with every NXT UK pairing on the first episode back after the hiatus, as the doubles division vows to end the year-long reign of ‘The Power Forward’ and ‘The Regulator’.