Stardom returns to Korakuen Hall as part of the Goddess Of Stardom Tag League.  The tag league takes a back seat this time around as Mayu Iwatani and Takumi Iroha will main event as they rekindle their feud for Iroha’s World Of Stardom Championship match.  The two had a Match Of The year contender in February which was won by Iroha so Iwatani will be out to get her win back and even up their series at one win apiece (their first match went to a draw).

A six-person tag match to open up the show and features former high speed champions teaming with the next generation of Stardom.  Riho’s team is much stronger and is likely to walk away with the win. 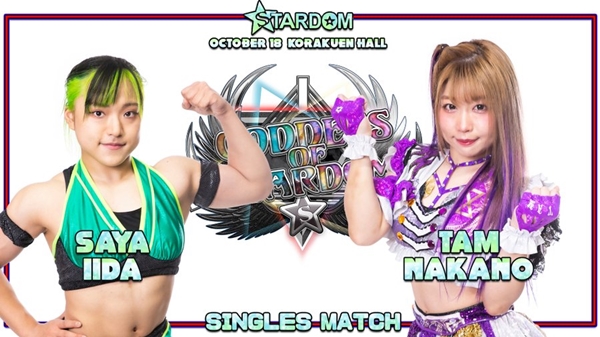 Two STARS members meet in this singles matchup.  Iida has recently been picking up wins and is gaining some momentum but Nakano is just coming off a loss to Giulia at Yokohama Cinderella and will be looking to get back to winning ways. 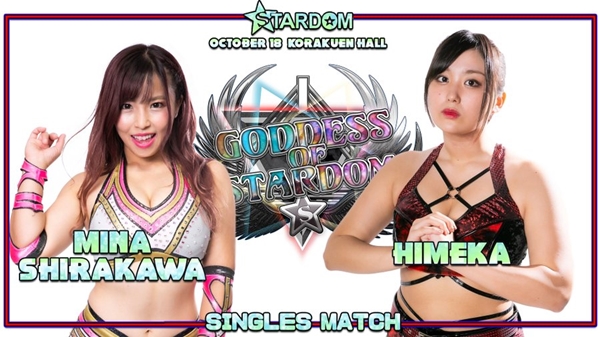 Stardom newcomer takes on the next challenger for Giulia’s championship in Himeka.  Shirakawa debuted for Stardom at Yokohama and beat Hanan but already has some losses under her belt in singles competition so we expect that the GP finalist Himeka will come away with the win. 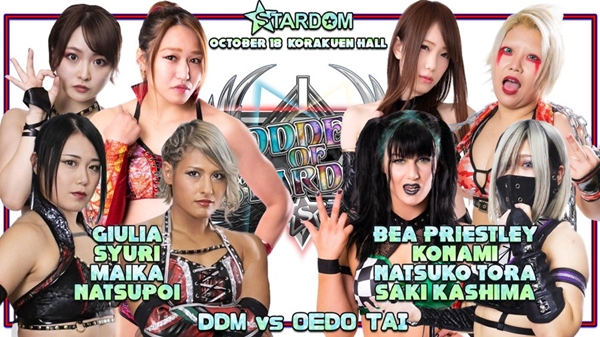 Both teams are riding waves of momentum coming into this one.  At Yokohama Oedo Tai gained a new member in Konami and brought some gold to the faction as Priestley won the SWA Championship.  DDM is riding high as always despite some big defeats at Yokohama.  Either faction could win but Stardom has gotten used to doing draws, it’s also possible Oedo Tai just get DQ’d. 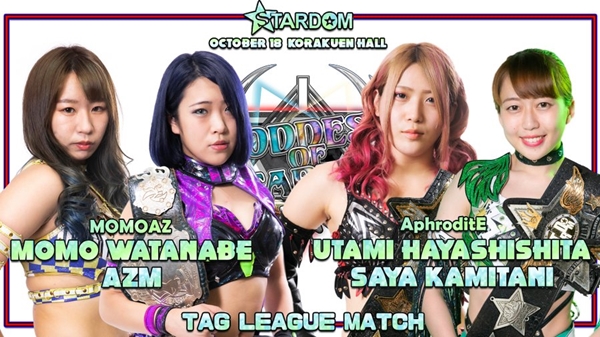 In June these two teams wrestled to a 20 minute draw in a highly praised match.  Now they meet again in different circumstances.  Kamitani and Hayahsishita have not only had time to gel as a team but they have had quite a bit of success in the months since the previous match.  Hayashishita won 5STAR Grand Prix and the duo captured the Goddesses Of Stardom championships.  AZM and Watanabe have not been as successful, while AZM won the high speed championship Watanabe has come up short in a number of big matches.  MOMOAZ need a win here to remind their fellow stablemates who the top performers in QQ are. 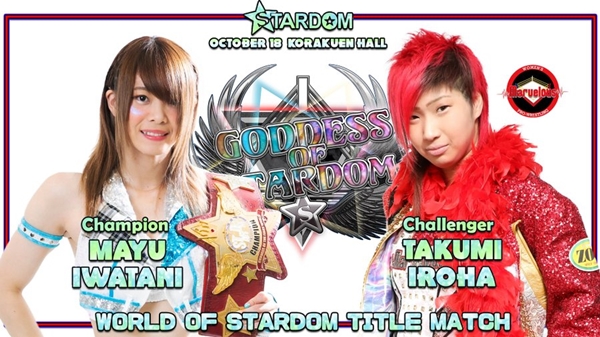 The ace of Marvelous Takumi Iroha promised to challenge Iwtani for the World title after their match in February.  This weekend Iroha finally fulfills her promise as both women will look to follow up on their Match Of The Year contender.  We’re big Iroha fans and we think there would be tonnes of benefits to giving her a run as the outsider champion.  Not only does Iroha have a host of fresh matches waiting for her, she already has two challengers in waiting as both Hayashishita and Watanabe want a piece of her.  Iwatani has been the standard-bearer of Stardom for almost a year now as champion but her reign may be coming to an end as she faces a woman who she has never beat in singles action.