Monday Night RAW returns to USA Network this Monday! Friday Night SmackDown has been on something of a roll lately, which has placed extra pressure on RAW to improve. Admittedly, it has picked up; with some lengthy storytelling starting to deliver (think Randy Orton with night-vision goggles). Can this week’s RAW continue an upward trend? Let’s take a look!

“The Fiend” Bray Wyatt to Feature on the Kevin Owens Show

Okay, so this is an interesting one. Though both men have been in the same company for at least half-a-decade now, they’ve never really met. This is in large down to the two mostly having been heels, or being on separate brands. On last week’s SmackDown, Kevin Owens interviewed Alexa Bliss, questioning her alliance with Bray Wyatt. Admittedly, Owens was only looking for insight into how the “new” Aleister Black might think. Instead, he got mandible clawed by The Fiend. We all know that interactions with The Fiend typically lead to opponents going down a dark path (unless you’re Fiend-proof, like Goldberg). Will we see a different Owens? Will Aleister Black interfere? Stay tuned. 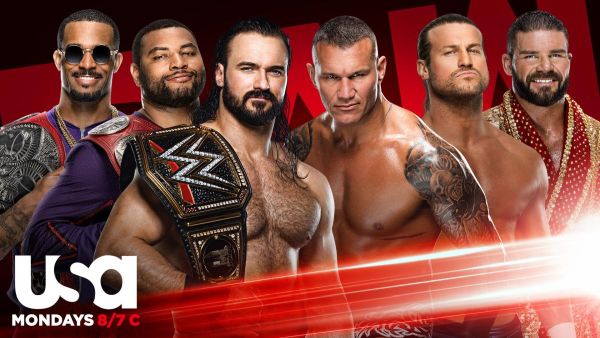 Drew McIntyre to Team with The Street Profits

Drew McIntyre has been embroiled in a feud with Randy Orton for months now. Last week, Orton (hilariously) took out Christian, Ric Flair, Big Show and Shawn Michaels – all whilst wearing night-vision goggles. This was because the four legends cost Orton his WWE Championship match at Clash of Champions. Well on this coming RAW, Orton has a shot at redemption against McIntyre. Teaming with Dolph Ziggler and Robert Roode, the WWE Champion and the WWE RAW Tag Team Champions, The Street Profits (Angelo Dawkins and Montez Ford) have their work cut out for them. 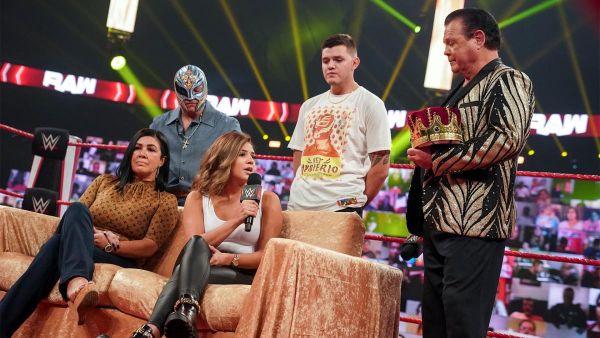 Not Announced but Expected for RAW

– Asuka has defeated Zelina Vega twice now.  Is it time for a new challenger?

– Keith Lee will certainly be in action.

– What does Seth Rollins have in store for the Mysterio family this week?

More is likely to be announced in advance of the show.  As mentioned, things have been improving with RAW lately. Whilst it still has some way to go to catch-up to the progress made by SmackDown in recent weeks, it is still entering something of a roll itself. Don’t forget to tune into Monday Night RAW on USA Network this Monday!