G1 Day 8 takes place in the home arena of SANADA who main events against Tetsuya Naito in an all LIJ clash.  In the co-main event faction members will collide again as EVIL takes on KENTA in a clash of Bullet Club members.  Let’s get into the preview for G1 Day 8.

Fun times are ahead for Robinson as he takes on Yano.  As always Yano can beat anyone at any time but Robinson will likely find a way to overcome Yano’s antics.  Yano enters this match tied at the top of the block and you figure he has to lose eventually and Robinson could make use of another 2 points.

These two men are 1-1 in previous G1 matches and Goto is 2-1 in matches between them on Japanese soil.  Goto goes in with that advantage but ZSJ can say he won the last singles meeting between these two which took place in the UK.  Without his home crowd can ZSJ get the win over Goto? 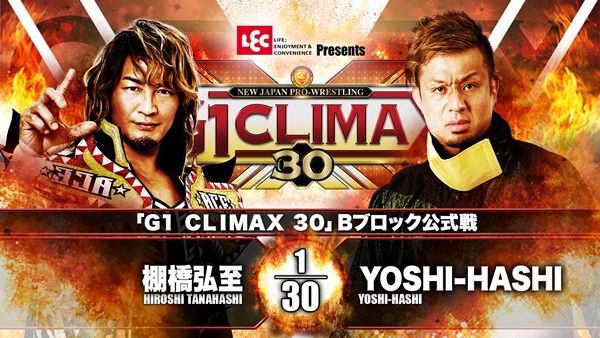 These two men have very similar styles in that they both excel at being the babyface in the match and show a lot of fighting spirit.  Expect Tanahashi to take on the heel role here to get fans behind YOSHI-HASHI.  Both men are off to slower starts with just 2 points each and Tanahashi is in a more desperate need of points so expect to see him come away with the win

We have a very interesting match here as two members of Bullet Club collide.  EVIL joined the BC at a time when most of the core members were out of the country.  It remains to be seen how White and KENTA will respond to their new comrade.  Given EVIL’s love of interference it will be interesting to see if BC interferes here and if they do interfere will there be any friction caused. 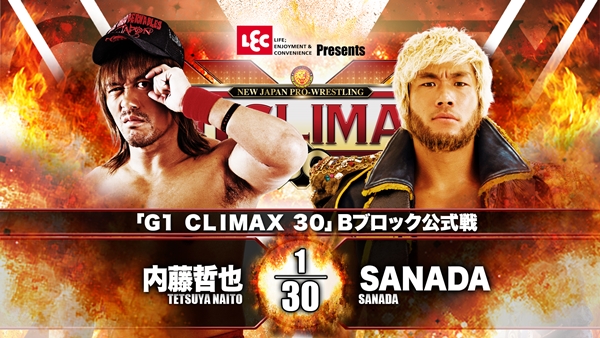 In 2018 these two men fought in the G1 Climax.  Naito emerged from that match victorious and we expect the same result here.  Despite SANADA having the home town advantage he still has not reached the level to defeat Naito who still stands at the top of LIJ.  SANADA does need to start winning though and a win over a worn down Naito could be the boost he needs to turn his tournament around