It’s another week of AEW DARK and that means another stacked episode featuring the various talent of All Elite Wrestling. From newcomers to long-standing performers in the company, there will be plenty to see on this episode. As always, this week’s episode can be seen on the official AEW YouTube channel. Without any further delay, especially as there are multiple matches to cover, here is the confirmed card.

We have ELEVEN stacked matches for you this Tuesday on Dark!
Watch #AEWDark at 7e/6c via our YouTube channel at https://t.co/oZiB2U1XM8 pic.twitter.com/yCWgZfpSi9

The Butcher and The Blade (w/Eddie Kingston) vs. Calvin Stewart and Puf

To say that Eddie Kingston has amassed a formidable group would be an understatement. Enter the devastating duo of The Butcher and Blade, which has been one of the stand-out tandems in AEW. On this week’s edition of AEW DARK, they will take on the team of Calvin Stewart and Puf, the latter of whom has been working independently on the East Coast. If Stewart and Puf can upset The Butcher and The Blade, it could mean big things for their respective careers. 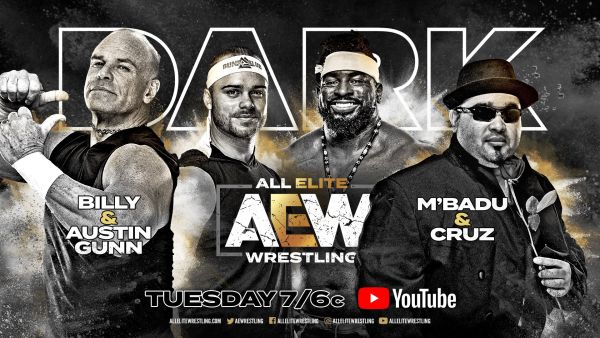 Billy and Austin Gunn vs. M’Badu and Cruz

This father and son tandem has been a fan favorite in AEW as of late. Billy’s endeavors over the years speak for themselves, but now he finds himself in something of a mentor role. His son, Austin, has been learning from his father and exhibiting natural charisma in his own right. On this week’s episode of AEW DARK, they find themselves up against the duo of Cruz and M’Badu. This will be another match where the latter team could benefit from a victory over the more established tandem. 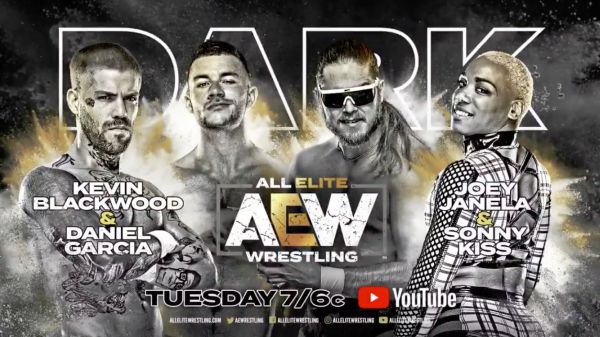 Kevin Blackwood and Daniel Garcia vs. Joey Janela and Sonny Kiss vs.

Recently, Joey Janela and Sonny Kiss have been proving themselves as a formidable duo. They also referred to themselves as the “Midnight Express,” as something of a job toward a certain old-school wrestling personality. However, it won’t be fun and games on this show, as they take on Daniel Garcia and Kevin Blackwood. The latter team appeared on the previous episode of DARK, where they fell to The Butcher and The Blade. Can they right a wrong with a win over Janela and Kiss? 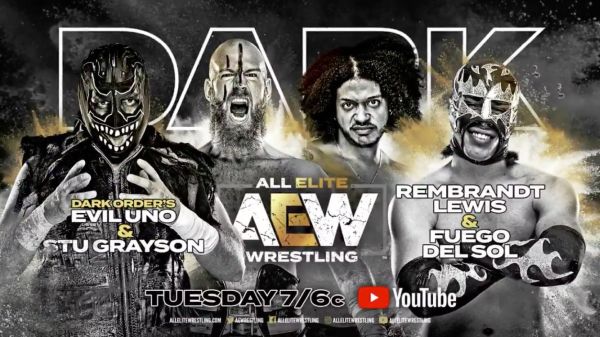 When they aren’t avoiding the wrath of Mr. Brodie Lee, The Dark Order’s Evil Uno and Stu Grayson are among the most dominant teams in AEW. This episode of DARK may prove no different, as they challenge Fuego Del Sol and Rembrandt Lewis. Fuego Del Sol has been a somewhat regular competitor on DARK, though he has yet to pick up a victory on this program. Can he, along with Lewis, emerge victorious at the expense of The Dark Order? 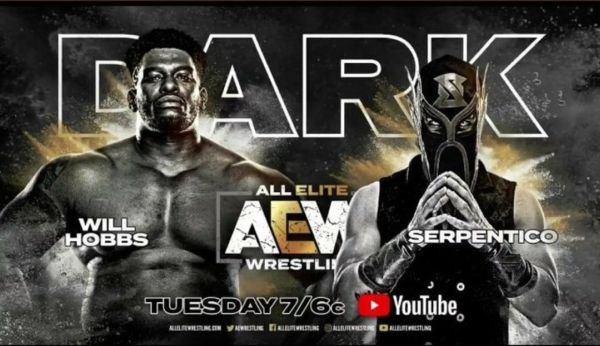 Will Hobbs vs. Serpentico

Speaking of AEW DARK regulars, enter Serpentico. The masked star recently found a teammate in deathmatch wrestler Luther, but on this episode, he will take on a newfound challenge. Will Hobbs is among the most recent AEW signees and to say that he has momentum behind him would be an understatement. He even befriended Jon Moxley, the current AEW World Champion. Before Hobbs goes to war with Moxley and Darby Allin, he will have to overcome Serpentico. 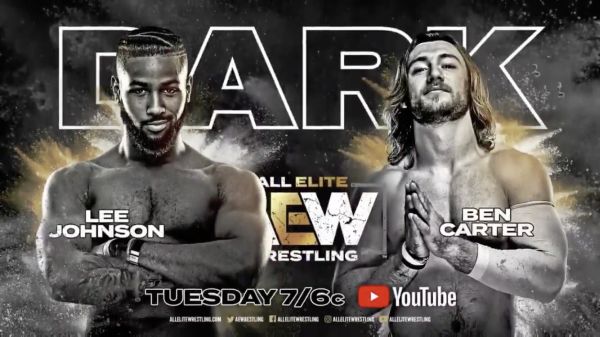 From Indiana, Lee Johnson has become a prominent competitor on AEW DARK. Though he has yet to pick up a victory on the program, he’s been a formidable opponent against the likes of Rey Fenix, Scorpio Sky, and Colt Cabana. On this week’s episode, he will challenge Ben Carter, the British star with unbridled confidence. It’s also worth noting that Carter will be challenging Sky on this week’s Late Night Dynamite, so it’s safe to say the former has his hands full. 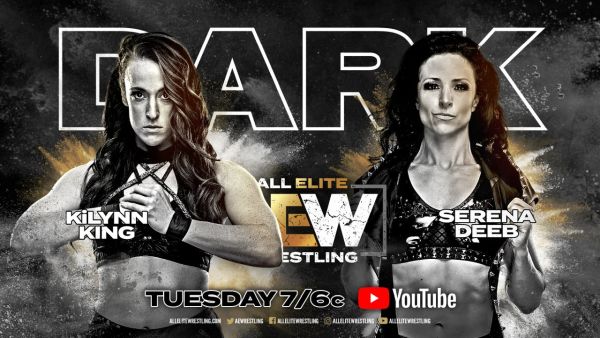 Recently, Serena Deeb was announced as one of the newest signees to AEW. She brings skill and experience alike, both of which will prove advantageous on this week’s DARK. She will challenge KiLynn King, who has appeared on multiple episodes of the show, challenging the likes of Abandon and former AEW Women’s World Champion Nyla Rose. Can King overcome the more experienced Deeb? This will be one AEW women’s showcase not to miss. 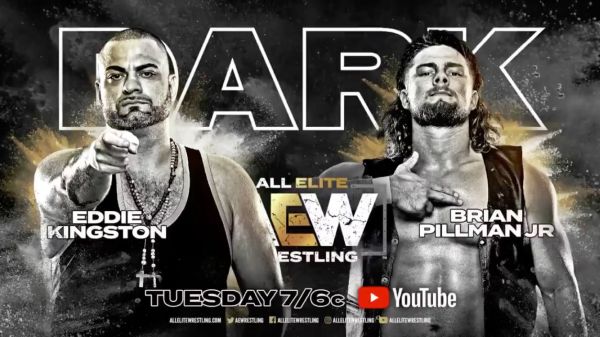 Outspoken and hard-hitting, Eddie Kingston has proven that he can talk a big name and back it up. In fact, this has been the story of his career. This week, he will have to fight solo as he challenges the up-and-coming Brian Pillman Jr. This second-generation star boasts plenty of promise, but will it be this lesser experience compared to Kingston that proves to be his downfall in this match? Keep an eye on this match, as grit and aerial offense come to a head. 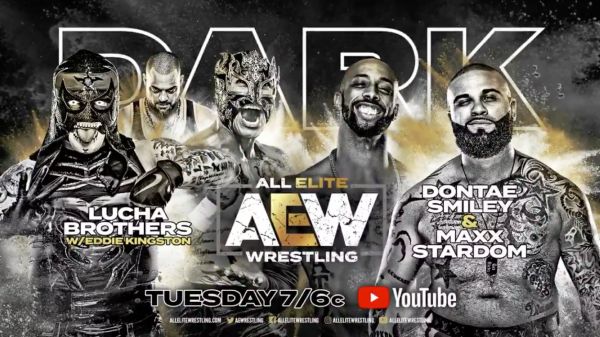 Combining brutal offense with high-flying athleticism, The Lucha Brothers are among the most well-regarded teams in AEW. Add in the support of Eddie Kingston and they are that much more dangerous. Needless to say, they will be a sizable challenge for the team of Dontae Smiley and Maxx Stardom. Smiley and Stardom appeared on the previous episode of AEW DARK, losing to Best Friends. On this week’s episode, they aim to shift the momentum in their favor. 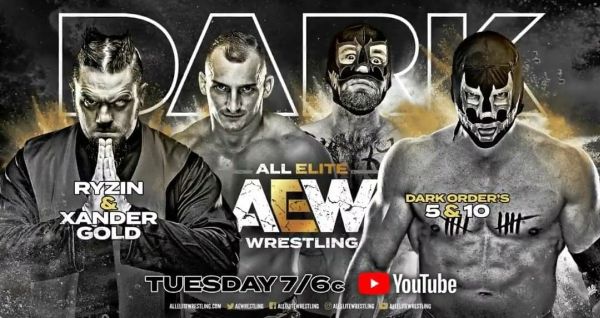 Ryzin and Xander Gold vs. The Dark Order (Five and Ten)

Formerly known as Alan Angels and Preston Vance, respectively, Five and Ten of The Dark Order are among the group’s henchmen. Make no mistake, however; they are nothing short of formidable in tag team action. This is a fact that should be recognized by their opponents on this week’s AEW DARK. It’s important to note that Ryzin has appeared on DARK in the past, primarily in tag team action. Will this experience lead him and Gold to a victory over Five and Ten? 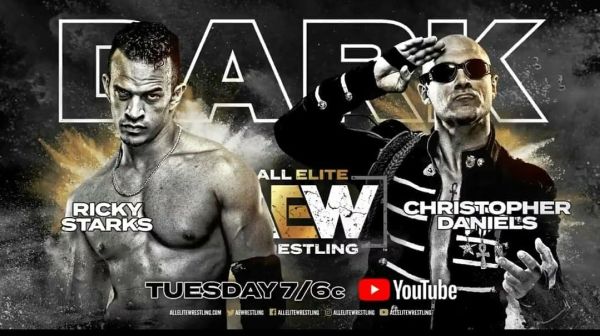 To say that Christopher Daniels is seasoned would be an understatement. He’s been successful in singles and tag team wrestling alike, amassing gold along the way. However, as the members of SCU branch off in their own directions, Daniels will do the same. On this week’s AEW DARK, he challenges Ricky Starks, who has been supported by Taz and FTW Champion Brian Cage. A victory over “The Fallen Angel” would do wonders for “Stroke Daddy.” This will be yet another match not to miss.