Just one week after the final of the 5STAR Grand Prix Stardom returns to Korakuen Hall with 5STAR SPECIAL in Korakuen which has some very exciting matches but mostly seems to be setting up matches for Yokohama Cinderella ni October.  Regardless, the addition of Marvelous talents and the main event tag match make this an exciting event. 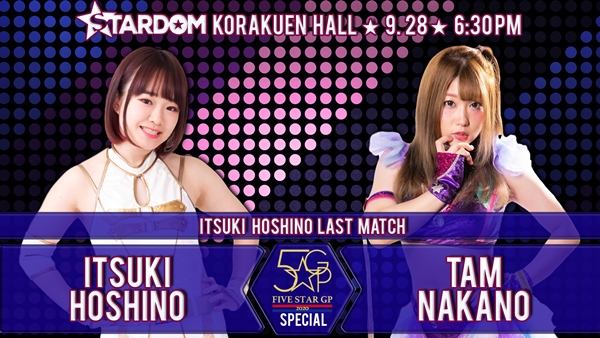 Hoshino attempts once again to have her last match after her last attempt was canceled due to COVID-19.  She has a new opponent this time as she faces Tam Nakano who would have helped train her as part of Stardom Idols.  It’s still sad to see Hoshino go but it’s great that they’re adamant to let her have a final match. 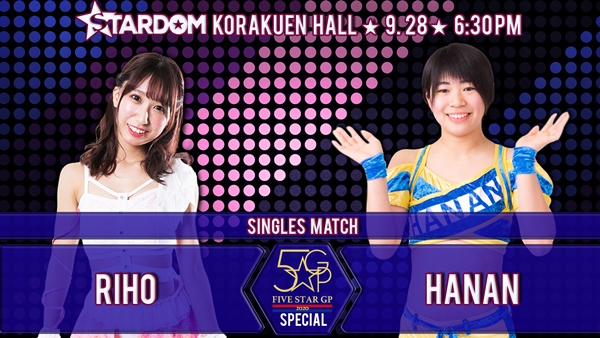 Hanan has looked like a star ever since her return from injury.  In this match she should once again deliver a strong match as she faces Riho who will have something to prove after a string of unimpressive performances in Stardom.  Once again, all eyes will be on Hanan as she continues to improve. 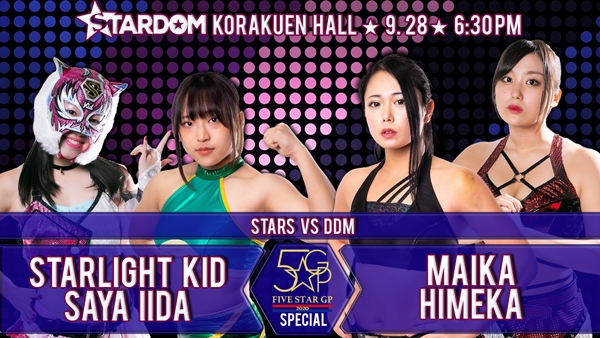 Himeka and Maika both had really impressive showings in the 5STAR Grand Prix with Himeka winning her block and Maika pulling off a number of scalps to finish high in her block with 8 points.  They are on course to challenge for the Goddesses Of Stardom Championships at Yokohama so this is likely a tune-up win for the DDM team. 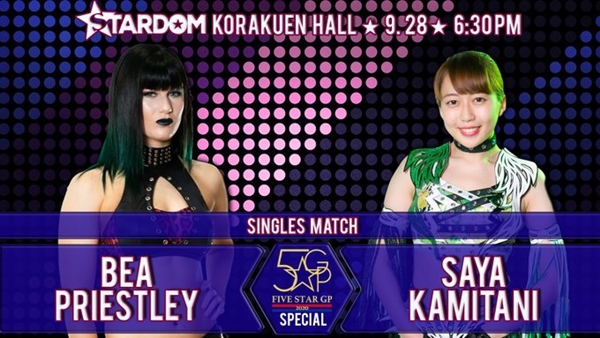 Bea Priestley made her return to Stardom at Korakuen Hall last week, attacking Saya Iida and slotting herself back into Stardom.  Priestley will face Momo Watanabe for the SWA title at Yokohama so we expect her to get the win here over one of Queen’s Quest’s pin eaters.

Captains Fall Match If TCS Loses They Must Disband

September 28 it's the 5★STAR GP 2020 Special in Tokyo!
Captain's Fall! To win you must either (1) pin the other team's captain or (2) pin both of the other 2 members.
Team captains decided on the day of the event.
If TCS loses, they must disband! pic.twitter.com/kkxh3cRUxN

The future of the Tokyo Syber Squad is looking bleak as they take on an Oedo Tai desperate to put them out of existence.  This match is a captains fall match which adds a wrinkle to things.  This would be the second time that Kyona has seen her faction disbanded by losing a match as Jungle Assault Nation met a similar fate in 2019.  Her former tag team partner Natsuko Tora wants to be the reason that Kyona faces such misery a second time and we put nothing past Tora.  It would seem to us that TCS’ days are numbered as the faction has honestly felt out of place without Hana Kimura. 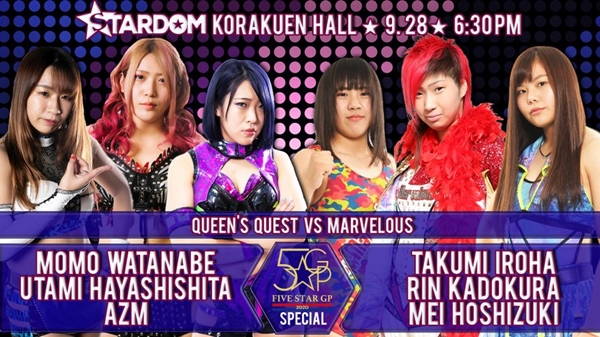 Takumi Iroha returns to Stardom for the first time since beating Mayu Iwatani and she isn’t alone.  Iroha brings fellow Marvelous roster members Hoshizuki and Kadokura with her to battle the A-team of Queen’s Quest.  While it would seem Hoshizuki is there to take the pin Iroha has her eyes on the World Of Stardom Championship and a win here would be necessary to achieve that goal.  For any fans unfamiliar with Hoshizuki, trust us she is an incredible babyface and if she can get in there with Utami the two could have some really impressive moments.  Kadokura is Iroha’s tag team partner as part of NEW-TRA and recently made her return from injury after 11 months on the shelf.  Of course, all eyes will be on Iroha and Watanabe who will surely have some incredible exchanges in this match. 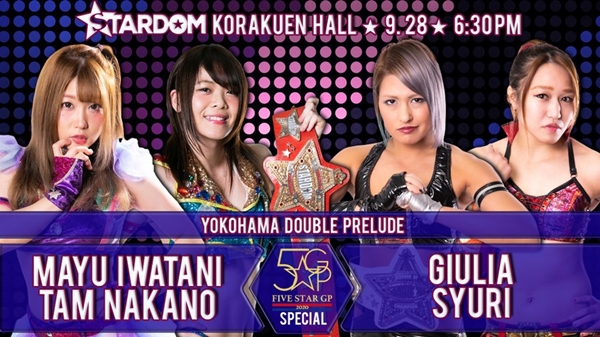 The World and Wonder title matches from Yokohama are represented by this preview tag team match between STARS and DDM.  This match screams draw to us as it’s unlikely any of these women take a fall heading into their big title matches but this should be a fun match.  If Nakano and Giulia can match the intensity of their GP match then they will be the highlights of this match.