Head-to-head with AEW Fyter Fest once more is NXT The Great American Bash.  Many have claimed NXT won the war last week, with Chris Jericho himself speaking out on the ratings debate.  However, one thing is certain; “Night 1” saw an excellent main event between Sasha Banks and Io Shirai.  Can “Night 2” prove an effective sequel? Let’s find out! 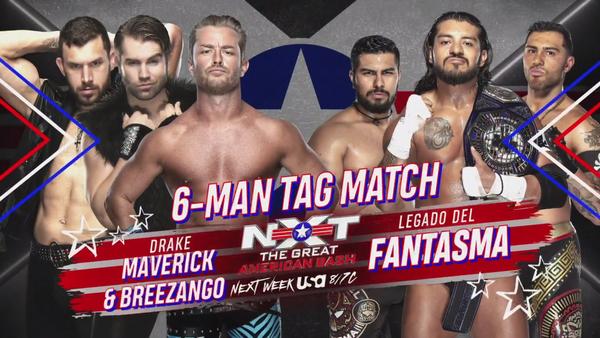 Just last month, Drake Maverick – who had been released just weeks earlier – lost in the final of the NXT Cruiserweight Championship tournament against El Hijo del Fantasma.  However, despite the loss, he did enough to impress Triple H and earn a new contract.  When Maverick attempted to show respect to the new champion, Fantasma attacked him – revealing himself to be the leader of the parking lot attackers all along.  In doing so, he became Santos Escobar.  Honestly, Escobar is great – as Fantasma, as Escobar and as King Cuerno in the much-missed Lucha Underground, he has drawn eyes to his talent.  This excellently crafted feud between both men will only help both stand out further.  Breezango (Tyler Breeze and Fandango) returning to NXT has been fun, also, and they will make a nice addition to this match. 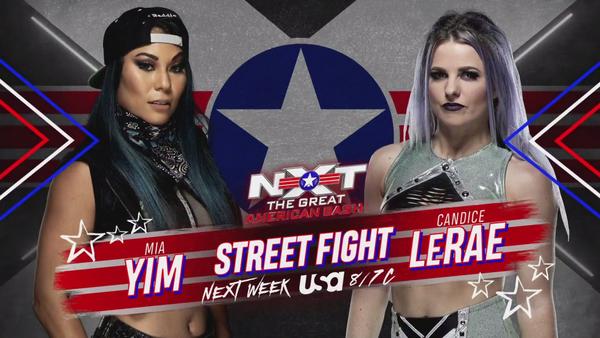 Mia Yim has been feuding with former friend Candice LeRae for a while now.  Candice, much like husband Johnny Gargano, has undergone some changes recently.  Whereas she is perhaps best known for being the wholesome though extremely talented babyface, she has adopted a meaner personality and has directed it towards Yim.  There is no doubt that Yim will be looking to hurt her adversary.  Given that the match is now a Street Fight, she will have all opportunity to do so.  This could potentially be a great and brutal match, so don’t miss it. 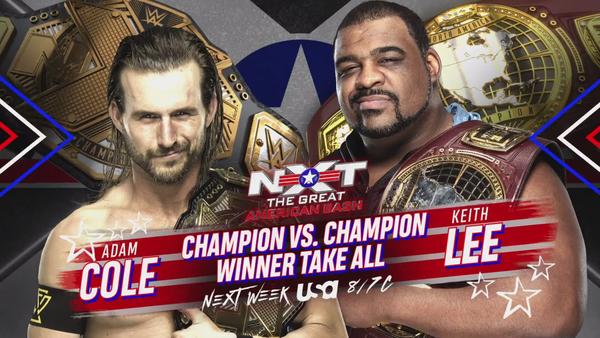 And here it is.  The big main event.  By the time Wednesday comes around, Adam Cole will have been NXT Champion for a record 402 days.  Four-hundred-and-two.  However, perhaps more than ever before, this iconic reign is under serious threat.  Keith Lee has it all; size, strength, ability and natural athleticism.  He has established himself in NXT as a potential contender for the much-coveted “Face of the WWE” distinction, having also proven himself on the main roster at Survivor Series and Royal Rumble.  Now he has the chance to take it all, as this is a Winner Takes All match.  Can Adam Cole retain? Or will he just end up basking in Keith Lee’s glory? Tune in to NXT Great American Bash on USA Network, this Wednesday at 8/7c to find out.