Daniel Bryan: One of the All-Time Greats Jacob Fatu is the Next Big Thing The Roman Effect: SmackDown’s Key Players Reel At The Rise Of Reigns 25 Years Ago AJW Came To The WWF For Survivor Series 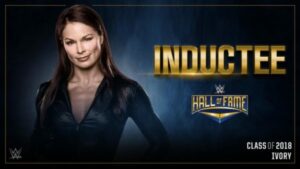 In a renaissance where a Women’s Revolution is underhand in both the WWE and wrestling industry as a whole, Lisa Moretti – better known to WWE fans as Ivory – has seen it all and been a part of it since the 1980s. As first broken on ESPN this afternoon and later confirmed by WWE […] 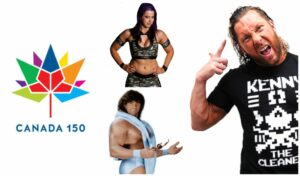 The sixth part in our 10-part series looking at 150 Canadian names in pro wrestling, in honour of Canada’s 150th birthday. Part 5 of the Canada 150, an alphabetical listing of Canadians’ impact on pro wrestling from the 1920’s to today. RICK MARTEL Quebec City’s Rick Martel is best remembered as the flamboyant pretty boy […]

The fourth part in our 10-part series looking at 150 Canadian names in pro wrestling, in honour of Canada’s 150th birthday. Part 4 of the Canada 150, an alphabetical listing of Canadians’ impact on pro wrestling from the 1920’s to today. THE GREAT ANTONIO A Croatian who came to Canada (Halifax, Nova Scotia) as a […]

In honour of Canada’s historic 150th birthday, we’re running an 11-part series called “The Canada 150”, looking at the 150 most influential Canadians in pro wrestling history, from wrestlers to announcers, both men and women. Each part will contain a brief look at 15 names, encompassing 150 names altogether. This list will be alphabetical by […] 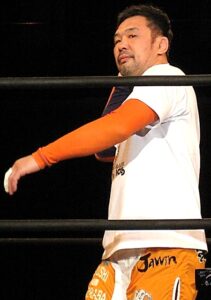 At tonight’s UFC 212 event, it was announced that NJPW legend Kazushi Sakuraba was being inducted into the UFC Hall of Fame. A crowning achievement for the country of Japan (Sakuraba is only the 2nd Japanese fighter to win a title in UFC) and a another nod of respect to the world of professional wrestling. Sakuraba […]

12 CMLL Luchadores You Should Be Watching (Part 1)

CMLL is not only the longest wrestling promotion in the world, it is also one of the most important seedlings of luchadores in México. For every luchador in the country, CMLL is the place to be. Not only because of its renowned credentials, but its training style. CMLL scrubs and polishes every luchador that come […] 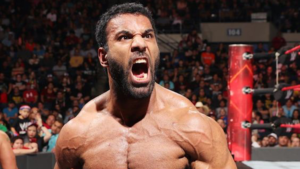 The Jinder Book: A Kayfable Look at Jinder Mahal

Jinder Mahal‘s seeming overnight ascension to the top of the card on Smackdown Live has been a polarizing angle within the WWE Universe. While many have applauded the bravery of WWE Creative for pushing a new star into a fresh new storyline, there are countless more that have decried the move as lacking foresight or backstory, especially […]

The countdown to the first Pro Wrestling World Cup, sponsored by WCPW from the UK, continues to move closer to the tournament’s final rounds, but we still have a few qualifiers left to sort out the final entrants. This Sunday, Toronto, Ontario, Canada is the site of the Canadian qualifiers for the World Cup, put on […]

Tonight’s edition of Smackdown Live concluded a 48-hour exodus of WWE Superstars – the WWE Superstar Shake Up – jumping brands that began shortly before last night’s Monday Night Raw began. Originally announced last week by Vince McMahon, many expected something akin to previous Brand Drafts or trading between GM’s Raw’s Kurt Angle and Smackdown Live‘s Daniel Bryan, but in reality that wouldn’t have made as […] 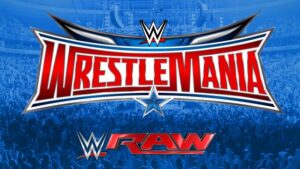 Post-Mania Raw: A Look at a Growing Tradition

While in recent years the Grandest Stage of Them All, WrestleMania, has become more of a celebratory staff party in the ring that pays tribute to WWE’s past and present all at once, the following night’s Monday Night Raw has become the most must-see TV for WWE of the year. With the brand draft and Smackdown Live airing live as […]

The Prestige: The WrestleMania Main Event

The Showcase of the Immortals. The Grandest Stage of Them All. The Super Bowl of Professional Wrestling. No matter what you call it, WrestleMania has become a part of professional wrestling’s very fabric, not just in the WWE, but around the globe. For a week leading up to it, the WWE takes over the host […] 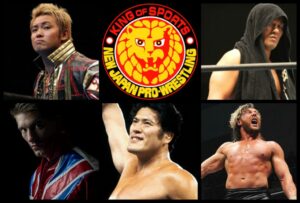 When Antonio Inoki split from his partnership with the late, legendary Giant Baba and the Japanese Pro Wrestling Alliance, few likely could have imagined the juggernaut he was going to create shortly afterward. While Baba went on to form All Japan Pro Wrestling,  Inoki launched New Japan Pro Wrestling (NJPW) on March 6, 1972. Forty […]

John Cena, Sting, and Finn Bálor have all been injured in matches with Seth Rollins. Is he careless? Is Seth Rollins dangerous to other wrestlers?

Thanks in part to the many English and Irish stars who are dominating the WWE landscape, such as Finn Balor, Paige, Becky Lynch, Neville, and Sheamus, to the rise in UK promotions like Progress, Revolution Pro and the brilliant upstart What Culture Pro Wrestling (WCPW), to the domination of such British indy darlings like England’s […]