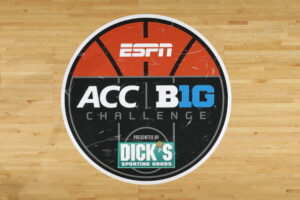 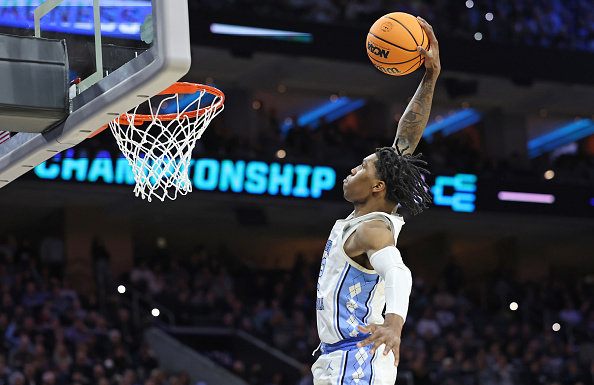 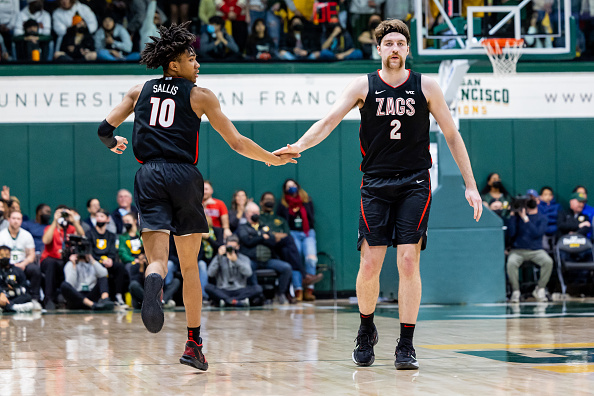 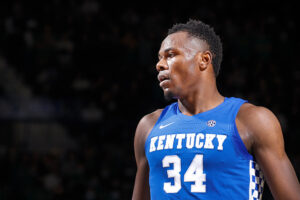 For the second straight year, Kentucky does something that is unusual for them: they return a lot of their minutes from last season. Preseason College Basketball Rankings: #4 Kentucky Wildcats One of the most impactful draft decisions to happen was the 2021-22 AP Player of the Year and Naismith Award winner Oscar Tshiebwe deciding to […] 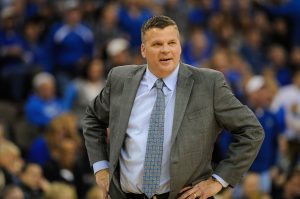 We have reached the top five. With it comes Creighton. They are the team that has happened to unseat Villanova as the preseason favorite in the Big East. They return a lot of talent from last year’s team, which was young and really overachieved. Plus, they bring in arguably the best player in the transfer […] 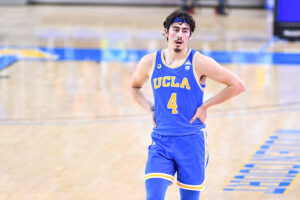 Back in April when I wrote my Way-Too-Early Top 25, UCLA was my number one team. They have obviously fallen since then, but still look really good and are the favorites in the PAC-12. They return a lot more than the last few teams in my rankings, which is part of why they are this […] 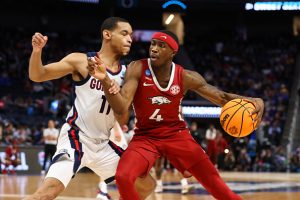 In my initial way-too-early rankings back in April Arkansas was my number two team and really could have been number one. Unfortunately, a very busy offseason in Fayetteville ended in them losing all but one major contributor from last year’s team. But despite that, the Razorbacks still look good. They have made it to the […] 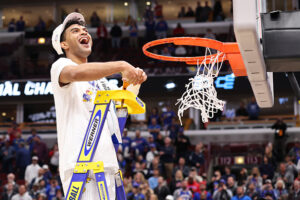 The 2021-2022 National Champion Kansas Jayhawks. The defending champions lost a ton of talent, including the Big 12’s best player Ochai Agbaji. One of the country’s best recruiting class and one of the best players in the transfer portal will hopefully make up for the lost talent. Either way, the Jayhawks are in a good […] 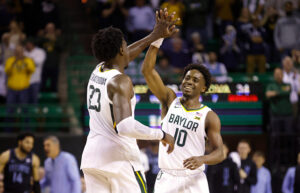 Baylor is coming off of what would have been three straight seasons earning a number one seed (Would have been a one seed in 2020 if the tournament had not been canceled.). They also, of course, won the national championship two years ago. Despite losing four of their top six scorers from a season ago, […] 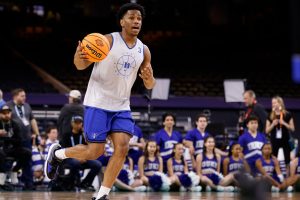 We have now finally reached the top ten. It’s a new era in Durham. It’s the first time in 42 years that Mike Krzyzewski won’t be roaming the sidelines at Cameroon Indoor Stadium. The new guy at the helm, Jon Scheyer, has already established himself as one of the nation’s best recruiters. Now he will […] 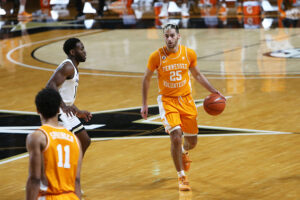 Tennessee looked like one of the best teams in the country down the stretch last season. They ran through and won the SEC Tournament championship. Then came a terrible seeding job by the selection committee as the Volunteers were given a 3 seed. While the Vols did lose two key players, they are still looking […] 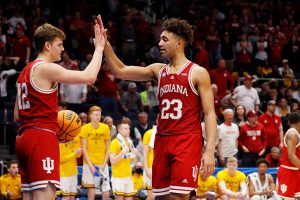 If you are wondering if it really took this long to get to a Big Ten team in my rankings, then you would be correct. Considering the conference had nine teams make the NCAA Tournament last season, it can be surprising, but all of them, except for Indiana, suffered huge losses. They return 78.1% of […] 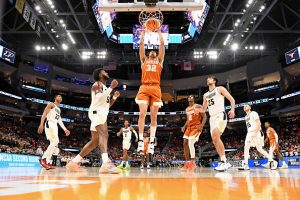 Texas just never seemed to find enough cohesion and consistency in order to succeed last year. The Longhorns did lose a lot of talent, but they also brought a lot of talent back and brought in even more. With more time together, this team should be able to find that consistency that they did not […] 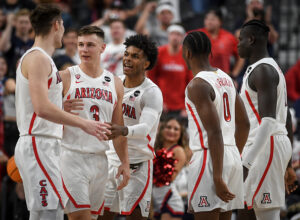 Arizona beat expectations last year in Tommy Lloyd’s first season as head coach. They won 33 games and were the number two overall seed before getting upset by Houston in the Sweet Sixteen. Three starters, all of whom were drafted, are gone, but the Wildcats retooled and look good once again. You can take a […] 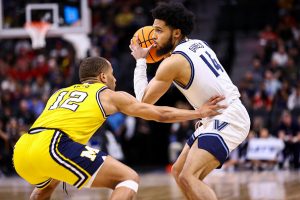 Jay Wright suddenly and shockingly announced his retirement in April. Kyle Neptune was immediately tabbed to take his place. On top of that Collin Gillespie and Jermaine Samuels finally ran out of eligibility. Replacing them, especially Gillespie, who is one of the best players in the history of Villanova basketball, will be hard. The Wildcats start 16 […] 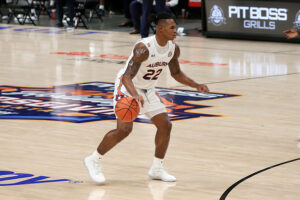 Auburn had arguably the best frontcourt in the country last season. Funny enough, despite losing two first-rounders there, Bruce Pearl’s rebuilt frontcourt this season may be one of the best in the country yet again. If the Tigers can just get more consistent guard play, then they could win the SEC and contend for a […] 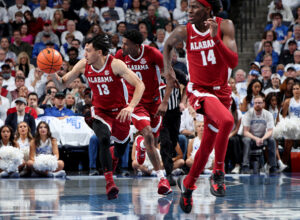 Alabama was an enigma last season. There might not have been a more inconsistent or polarizing team in college basketball last season than the Crimson Tide. They beat multiple great teams but lost to multiple pretty bad ones. The Tide lost some really good players but bring in a stellar recruiting class and multiple good […] 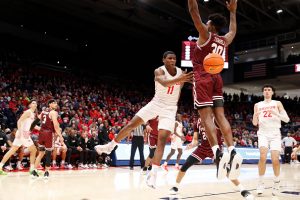 Dayton was the very first team out of the NCAA Tournament last season. They had some really good wins (Davidson, Virginia Tech, Miami, and eventual national champion Kansas.), but also had some really bad losses (Lipscomb, UMass-Lowell, Austin Peay.). But, they had the youngest rotation in college basketball. All but two of their major contributors […]

Three Toronto Raptors Who Could Be Traded at the Deadline
Kayla Fonte - Oct 20, 2022