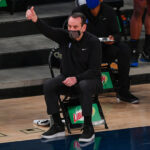 Duke fans are going to hate me for this. “Duke at 16, really!?” Yes, really. The Duke Blue Devils are at 16. For starters they missed the NCAA Tournament last year and didn’t look good at all. Then factor in the fact that the Blue Devils lost some of their best players from that team. […] READ MORE 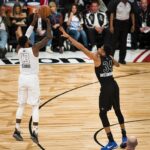 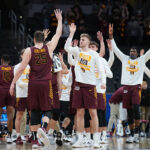 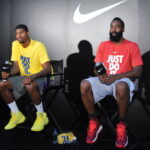 Who is going to have a better season in the 2021-2022 NBA Season, James Harden or Paul George? Well, that depends upon how one perceives the phrase “better season”. George is likely to play a larger role for the Los Angeles Clippers than Harden is for the Brooklyn Nets. Harden is an elite scorer, arguably […] READ MORE 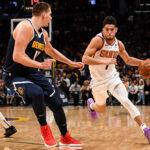 Finally, the NBA is up and running. The first nights of the 2021-2022 Season have already brought us moments of excitement and drama, fueling the never-ending narrative clash that’s so intrinsic for hoops enthusiasts. In these early showings, some performances stood out, with great matchups, highlights, and signature moments. It’s great to have such a […] READ MORE 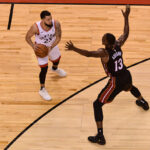 The Miami Heat opened their season with a 137-95 win over the defending champion Milwaukee Bucks. The Heat controlled every conceivable aspect of the game. In this article, we will take a look at Miami Heat opening night takeaways. Miami Heat Opening Night Takeaways 4. Heat’s Defense is Legit The one thing that was not […] READ MORE 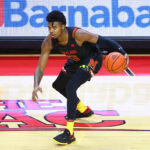 Coming into this offseason, Maryland head coach Mark Turgeon knew exactly what his team needed. They needed a center and a point guard. So he went out and got both. Not only that, but he got ones that were some of the best in the transfer portal. The two guys he got? Former Georgetown center […] READ MORE 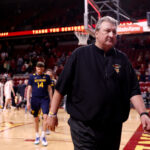 Bob Huggins won his 900th game as a college basketball head coach on Mar. 19, 2021. His West Virginia Mountaineers defeated Morehead State 84-67 in the first round of last season’s NCAA Tournament. He became the sixth Division I coach to reach the milestone. There’s a good chance he catches Jim Calhoun for the third-most […] READ MORE 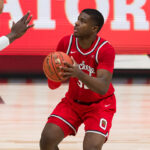 Ohio State was having a very good season last year up until having a roller coaster of a finish. The Buckeyes lost their last four regular-season games, then made a run to the Big Ten title game, then got bounced by 15 seed Oral Roberts in the NCAA Tournament. Both members of their starting backcourt, […] READ MORE