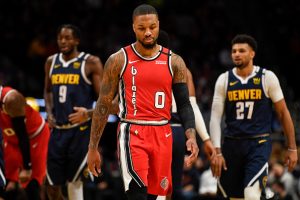 The Portland Trail Blazers have been, for the better part of the last decade, a consistent playoff team. Last season was a bridge year, as star Damian Lillard was injured and the team decided to freshen up the team (namely with the CJ McCollum trade). Now, however, with a redesigned roster, the Trail Blazers are hoping to find themselves […]

Is Victor Wembanyama Worth Tanking For? 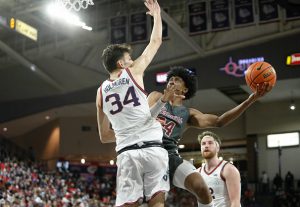 2022 NBA Rookies Who Can Surprise Teams

The 2022 NBA rookies class features plenty of big names that were selected early such as Paolo Banchero, Chet Holmgren, Jabari Smith, and others. Of course, there are high expectations for these players. There are a number of players who got drafted later, however, who can start to shine early on in their careers and surprise their own […] 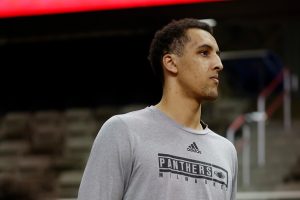 What now Warriors? NBA teams are scrambling for a stronger roster to set their teams in a showdown against the best ball club of the 2021-2022 season. One of the Dubs’ responses is the recruitment of a youngster in Patrick Baldwin Jr: Potent reinforcement of the Golden State Warriors. The Dubs chose Baldwin with the […] 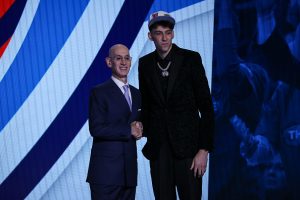 The OKC Thunder Are Destined to Crash and Burn

The OKC Thunder have made a name for themselves in the last couple of years. Not because of their success record-wise, but because general manager Sam Presti has assembled a war chest of first-round picks. Before the draft, the Thunder had stockpiled an NBA record 38 first round picks up until 2028. Now, after the […] 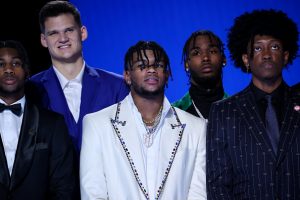 Jaden Hardy is now a member of the Dallas Mavericks after being drafted 37th overall. The pick originally belonged to the Sacramento Kings, who are now getting the Mavericks’ 2024 and 2028 second-round picks in return. Hardy’s talent, and the system in place in Dallas, will allow the player to grow into a major steal. Jaden […] 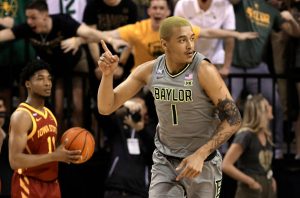 The San Antonio Spurs went into the 2022 NBA Draft with relatively high hopes. The Spurs had three first-round picks, holding selections at number 9, number 20, and number 25. The team also nabbed a future second-round pick in a trade with the Memphis Grizzlies. While drafting, San Antonio made it a priority to draft […] 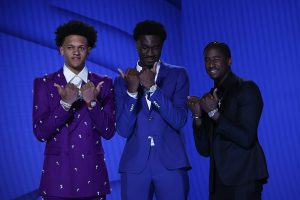 The NBA Draft has finally concluded. After all 58 picks have been made, there are a few important headlines to cover, as well as surprises and trades among the lottery picks. This draft night, like most, was incredibly chaotic, as many teams got involved in multiple ways. The top of the draft featured some minor […] 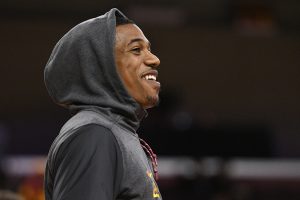 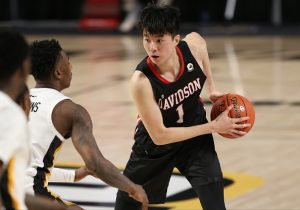 Hyunjung Lee is a junior from Yongin City, South Korea who has spent his entire three-year career at Davidson College. Lee’s best known for his ability to light it up from three, and hopes to be the first Davidson player since Steph Curry to be drafted. Hyunjung Lee 2022 NBA Draft Profile College Career Lee […] 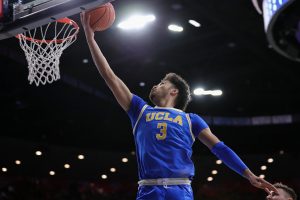 Johnny Juzang is a junior from Los Angeles, California who has helped lead UCLA back into college basketball relevancy. Juzang was the team’s leading scorer during 11th-seeded UCLA’s memorable Cinderella Final Four run in 2021. Johnny Juzang 2022 NBA Draft Profile College Career Juzang began his college career as a struggling bench player for the […] 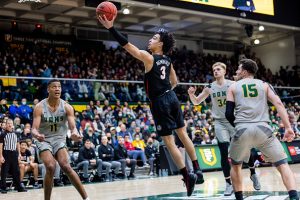 Andrew Nembhard, the 6’5 guard out of Ontario Canada has been discussed by many draft experts as a popular second-round choice. However, Nembhard possesses a valuable skill set that is much needed for contending teams throughout the ladder half of the draft. Andrew Nembhard 2022 NBA Draft Profile College Career Nembhard started his career at […] 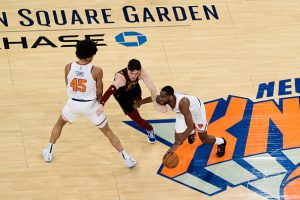 The New York Knicks Have a Point Guard Problem

After a first-round exit in 2021, the New York Knicks narrowly missed the chance to play in the 2022 playoffs. Instead, the Knicks landed the 11th pick, and have the assets to make a plethora of moves to achieve the playoffs again. The 2021 season was disastrous for the Knicks. The young squad struggled with […] 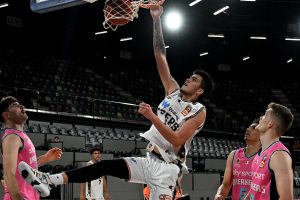 Kai Sotto is looking to be the next big name to come to the NBA from Australia’s National Basketball League. Sotto’s stock is volatile, landing in the late first round on some mock drafts while other experts have him out of the draft altogether. Will Sotto join the likes of Lamelo Ball and Josh Giddey […] 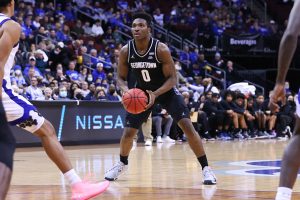 Aminu Mohammed is a freshman at Georgetown. Originally from Lagos, Nigeria, he moved to the US and the DMV when he was 14 years old. He was a five-star recruit coming out of high school in the Class of 2021 and was a McDonald’s All-American in addition to being in the Jordan Brand Classic. Aminu […] 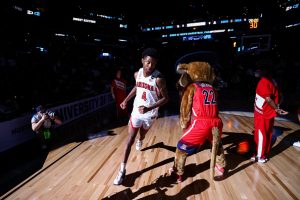 Dalen Terry could have been a leading scorer and key player for the Arizona Wildcats next season. Instead, the guard decided that he is ready to take his talents to the NBA, where he is hoping to grow and develop further. Dalen Terry 2022 NBA Draft Profile College Career In his sophomore season, Terry averaged […]

Three Toronto Raptors Who Could Be Traded at the Deadline
Kayla Fonte - Jun 17, 2022